ARP 271, in Virgo, is a rather classic Arp pair, much photographed compared to most Arp galaxies. Thus my desire for a better night than I had. It is two spiral galaxies, NGC 5426 (bottom) and NGC 5427 that are just now starting to interact as they orbit by each other, apparently for the first time. Some distortion can be seen in each galaxy. The arms of NGC 5426 seem to be reaching out to connect with NGC 5427. It, in turn, has some tidal effects showing. But we are seeing them in 2D rather than 3D which makes determining the real relationship between these in space difficult to determine. For some insight as to what is happening here, I will refer you to the article and great image taken by the Gemini South telescope with nearly 6 times the resolution I can achieve here. I wish now I\'d have taken some H alpha data with this as both galaxies are rich in HII regions as shown by the Gemini South image. http://www.gemini.edu/twinspiral The pair was discovered by William Herschel on March 5, 1785. NGC 5426 made the Herschel II 400 observing program. My notes from that failed to arrive when we moved to Minnesota so I can\'t give them.

Arp classed the pair under \"Group character: connected arms\". His comment reads: \"Arm\'s linked. Note bifurcation in arm of N spiral.\" NGC 5426 is classed by NED as SAc pec. while NGC 5427 is classed as SAc pec. Sy2. The latter meaning it is a Seyfert 2 galaxy with an active nucleus. I find no consensus on their distance. Redshift puts them a bit over 130 million light-years away but various papers I\'ve seen put them closer, more like 90 to 110 million light-years. The ability of Gemini south to resolve so many HII regions would argue for these somewhat closer distances.

While there are a lot of faint fuzzies in the image, most are cataloged under the LCRS catalog, that stands for Las Campanas Redshift Survey. Oddly, the nice big bright entries have no redshift value in NED. For instance, the large orange elliptical NW of Arp 271 is very obvious. It is cataloged as LCRS B140024.4-054536 without a redshift. Most that do carry a redshift are the tiny yellowish orange galaxies. Those fall into two camps, those near Arp 271 are about 1.1 billion light-years distant and those in the SW corner belong to a different group being 1.7 billion light-years distant. But the larger, likely closer galaxies have no redshift data that I could find.

In my north up image the lower galaxy seems to my brain to be nearly face on but in the Gemini image, it appears quite tilted. So I rotated my image for east up and suddenly it looked very 3D and tilted. I\'ve attached the cropped rotated version, see link for full north up version. Is it just me or does it seem to appear to change orientation for you as well?

Arp\'s image of the pair with the 200\" Palomar scope is at:
http://ned.ipac.caltech.edu/level5/Arp/Figures/big_arp271.jpeg 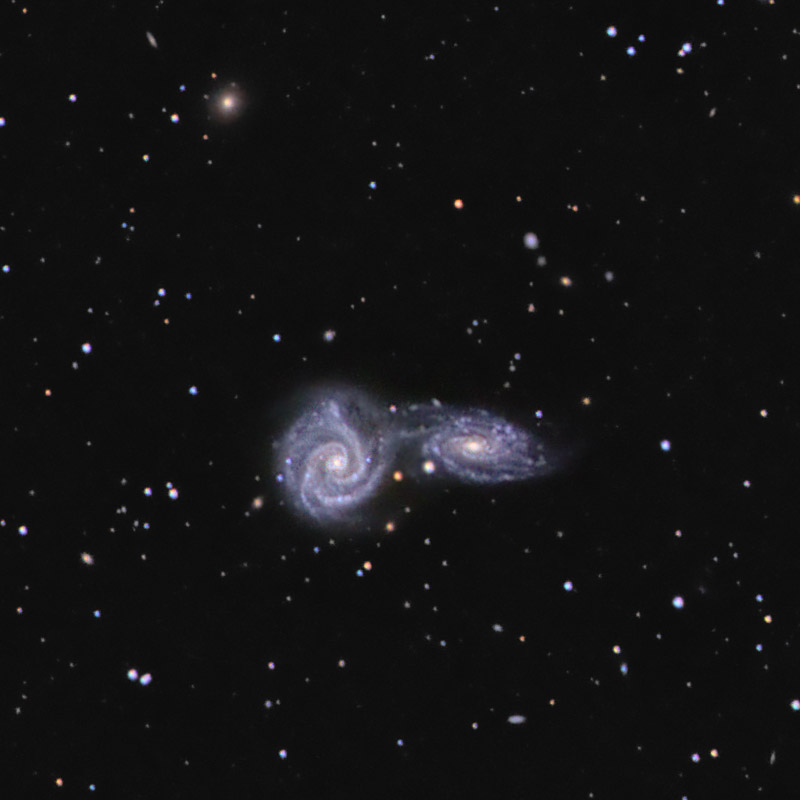 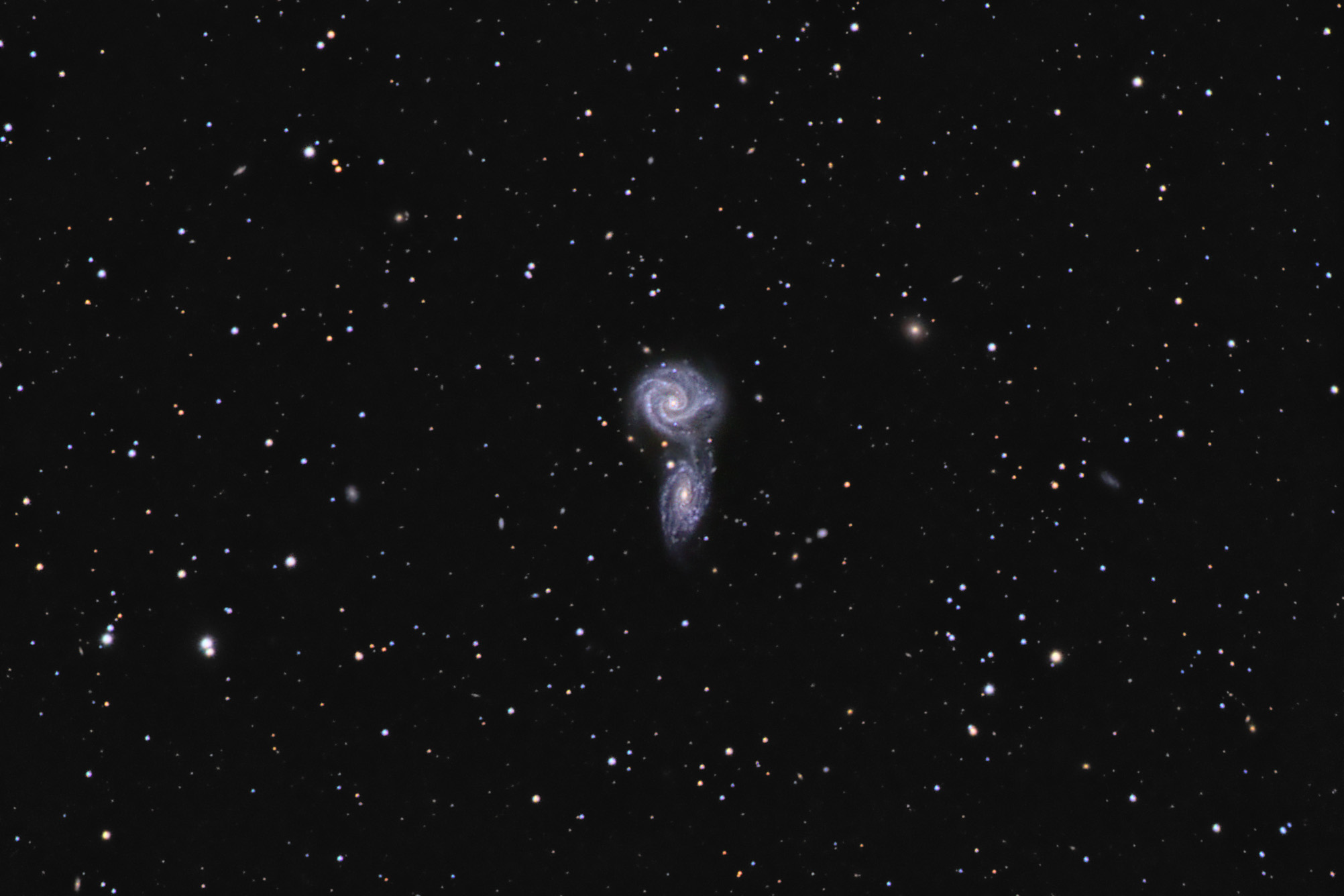