The two galaxies making up Arp 275 are also known as VV 293a and VV 293b with VV 293a being the one on the left (east). It is the only one of the pair to have redshift measurements. It isn\'t classified at NED other than mention it has HII regions. VV 293b to the west is classified at NED as Sbc? pec. A note at NED from the MCG catalog says; \"Bright, interacting. Two galaxies Fd in close contact with very large deformations.\" A note with the VV catalog says; \"On the (red) POSS print the two major bodies are not in contact against the background of a homogeneous disk.\" I can\'t tell from any image if they are in contact. To me, it appears that the eastern galaxy may be slightly in front of the western one. Since I can\'t really tell where one galaxy ends and the next begins I measure the long axis of the projected pair at about 74,000 light-years. So these aren\'t very big galaxies, even including the plumes created by their interaction. The pair was discovered by Lewis Swift on February 9, 1886 using a 16\" refractor.

The only other galaxy in the image with any information is IC 2482 in the southeast corner of my image. It is listed as an E+ at NED and much closer than Arp 275 at about 175 million light-years. A note at NED says of it; \"The gradient of brightness in halo is smaller than in a normal E.\" Oddly it is quite a bit brighter and larger in angular size than Arp 275 yet wasn\'t discovered until March 14, 1899 by Herbert Alonzo Howe using a 20\" f/15 Alvan Clark-George Saegmuller refractor at Chamberlin Observatory in Denver. How Swift missed it I don\'t know. While it is partly off my frame I measured its the length of the side fully on the frame and doubled that to get a size of 156,000 light-years. Twice the size of Arp 275. My sister-in-law lives in a southern suburb of Denver and every time I\'ve been there the seeing has been awful. Seems like a poor place for an observatory from my limited sample. The observatory is right in Denver only about 3 blocks east of the University of Denver campus of which it is a part, right beside tennis courts and ball diamond (both unlit last I knew). Conditions must have been much better in 1899! It still is open two nights a week to show the public the moon and planets, about all you can see from that location today. Howe managed to find 60 IC objects from there. Not much light pollution in his day.

Nothing else in the frame has any distance information useful for an annotated image so I didn\'t prepare one. 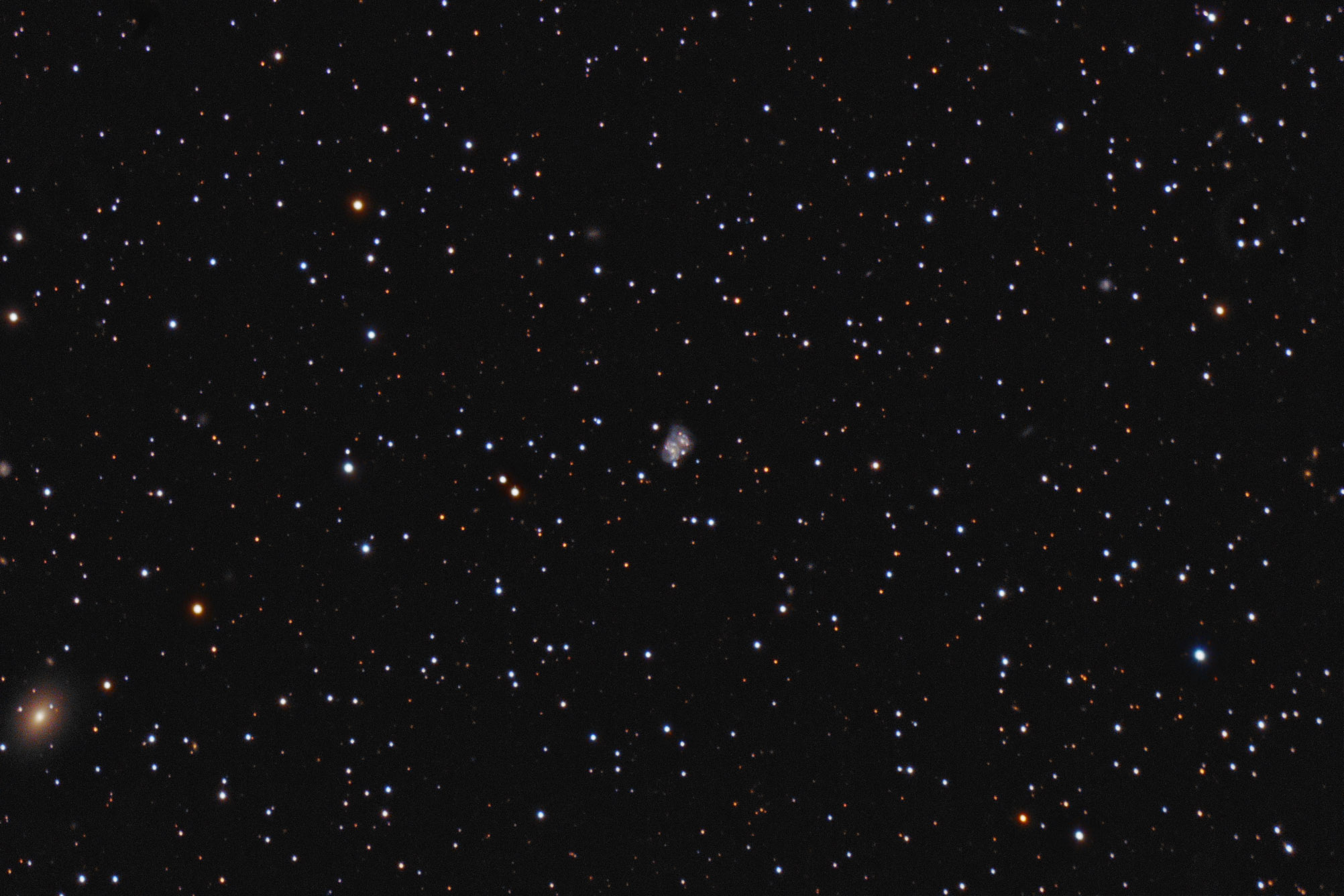 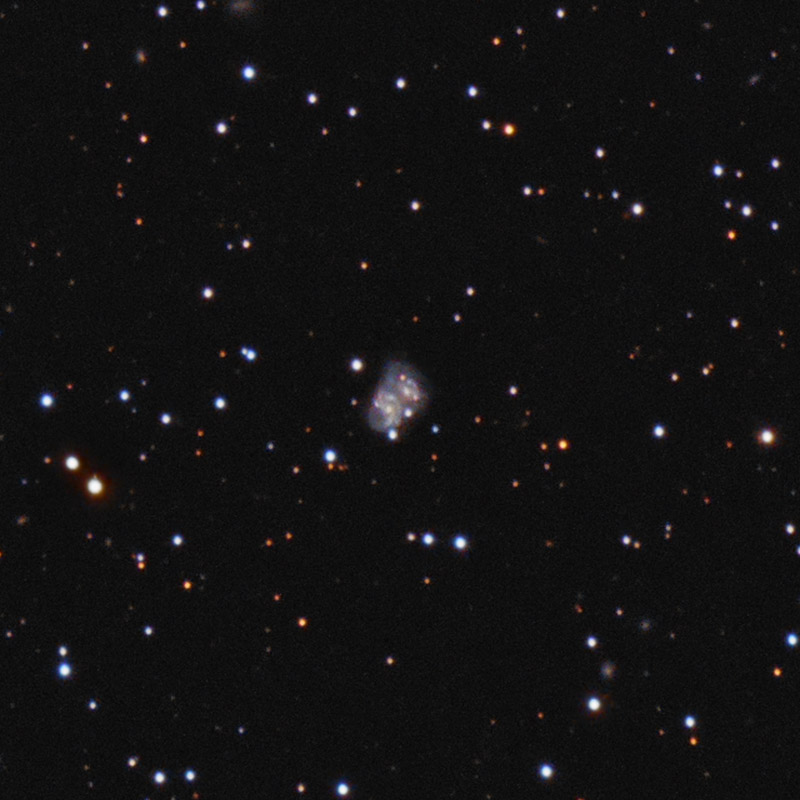