This is Arp 278 or NGC 7253, a pair of interacting galaxies. They are about 200 million light-years from us. NED, my distance source seems to have a problem here. It lists the distance to each individual one as about 191 to 194 million light years. So take your pick. This image was taken at 0.5\" per pixel on a good night rather than my usual 1\" per pixel my seeing often limits me to. The asteroid leaving a prominent trail is (307771) 2003 WS42 at magnitude 18. Note the dim spot two-thirds of the way along the trail. This is due to clouds which reduced my transparency for about 10 minutes during the 60 minutes that I collected luminosity data. Down in the lower right corner is UGC 11981, a face on spiral galaxy about 278 million light-years from us. This image was cropped somewhat but not so much as to lose the spiral. NED classifies it as SA(s)c. Also, there are a lot of faint fuzzies in the background.

The pair was discovered by Albert Marth on September 9, 1863 and is located in Pegasus. Both galaxies are almost as large as the Milky Way Galaxy we live in so rather large for spiral galaxies. The upper galaxy is classified by Seligman as SABc? while the lower is Sc?. 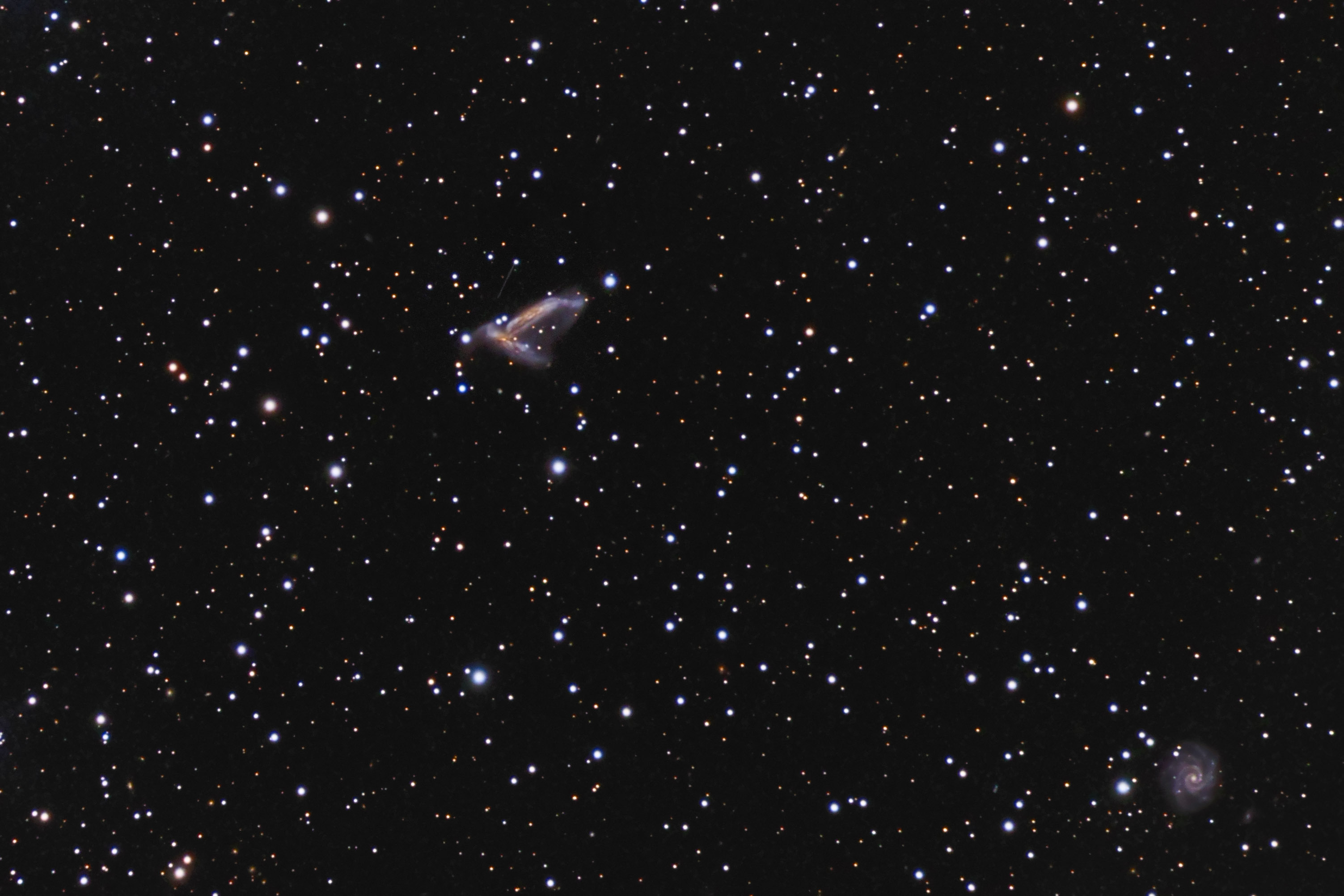 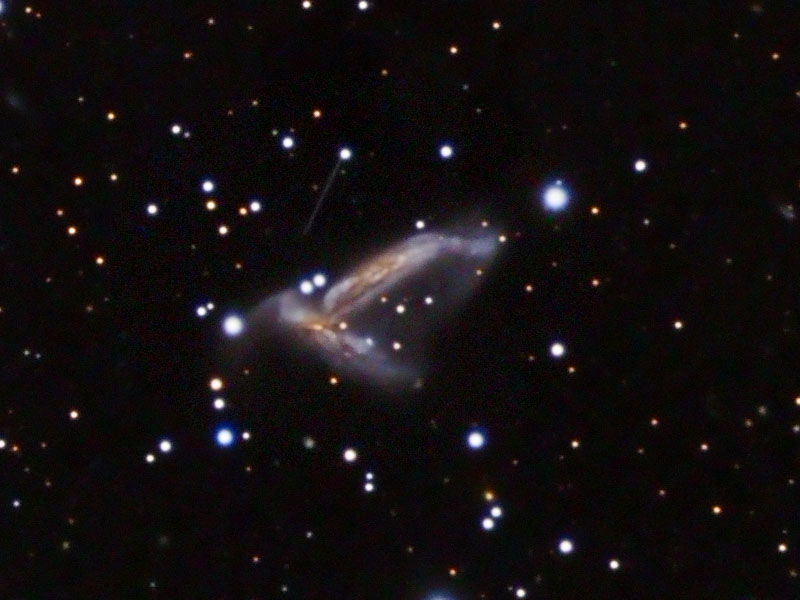 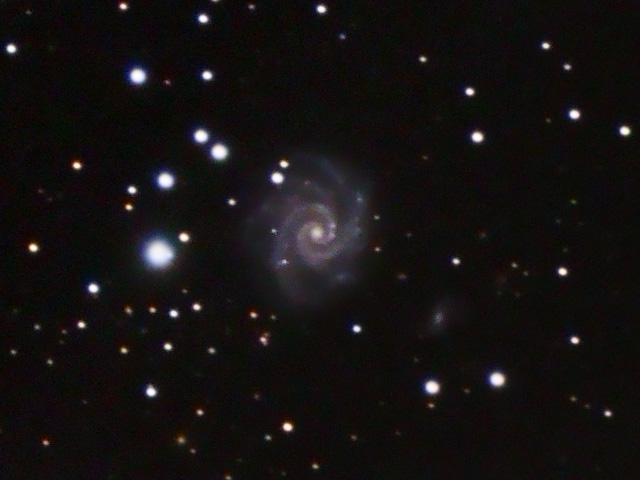