ARP 279, NGC 1253 and NGC 1253A is a pair of interacting galaxies in Eridanus that are about 70 to 75 million light-years away. Close by compared to most Arp galaxies. Arp put them in his class, Double Galaxies: Interacting. Arp had no comment about these two. The main galaxy is classed as S(B)c by the NGC Project and SAB(rs)cd by NED. The companion is SB(s)m per NED. How you get a barred spiral out of that mess is beyond me. It does have that curving arm-like feature but I\'m not sure what it was before the encounter. Comparing my version of this companion to that in Arp\'s image I\'m surprised how bright a couple star clusters are in my image compared to his. This difference holds in the POSS 1 and 2 plates as well. They seem overly bright in my raw FITS files as well so it isn\'t processing. Maybe instead of knots, they are variable stars in our galaxy caught with both at maximum. Considering I took the data over an eight day period and they show the same in both I find that unlikely. So, for now, its unexplained. My color data for this one is highly suspect. I need to retake the color due to heavy cloud issues. Some of the blue stars are really red I believe. Trying to adjust I just made a mess of the galaxy so left it as is.

For some reason, this pair reminds me of a big fish or maybe sea turtle chasing a small ray that is slashing its tail trying to get away. The big one is leaving a double wake behind it. In any case, these are both distorted in very unusual ways, even for Arp\'s catalog. NGC 1253 was discovered by William Herschel on September 20, 1784. Like most Arp galaxies he discovered it isn\'t in either of the Hershel 400 observing programs. I suppose since the Astronomical League also has an Arp program they didn\'t want many duplications. Only a guess since their various programs do have duplications.

This field is little studied so not much information on the other galaxies in the image. Only the three biggest galaxies besides the Arp 279 pair have any redshift data. They are KUG 0311-031 near the bottom edge a bit west of Arp 279. It is in both the ultraviolet galaxy catalog (KUG) and the IR catalog (2MASX J03134761-0256056) so is both a strong UV and IR emitting galaxy. One NED note says it is \"leaf shaped\". I don\'t see that in my image. NED shows a redshift that puts it about 273 million light-years away.

The other two galaxies are along the western edge. The lower is 2MASX J03131021-0254121 at 274 million light years, thus a neighbor of KUG 0311-031. Well, above it is 2MASX J03130881-024319 an S0 galaxy about 375 million light years distant. The brighter background galaxies are mostly listed only in the APMUKS catalog which is just an automated plate survey of objects in the UK Schmidt telescope in Australia. A few are from the 2MASS survey of IR galaxies. Most are not in any catalog I could find.

Three satellites/space debris cross the image. Two are sun glints with faint trails and angle down and to the right. The brighter one goes nearly horizontally across the upper part of the image. I didn\'t remove them for some reason. 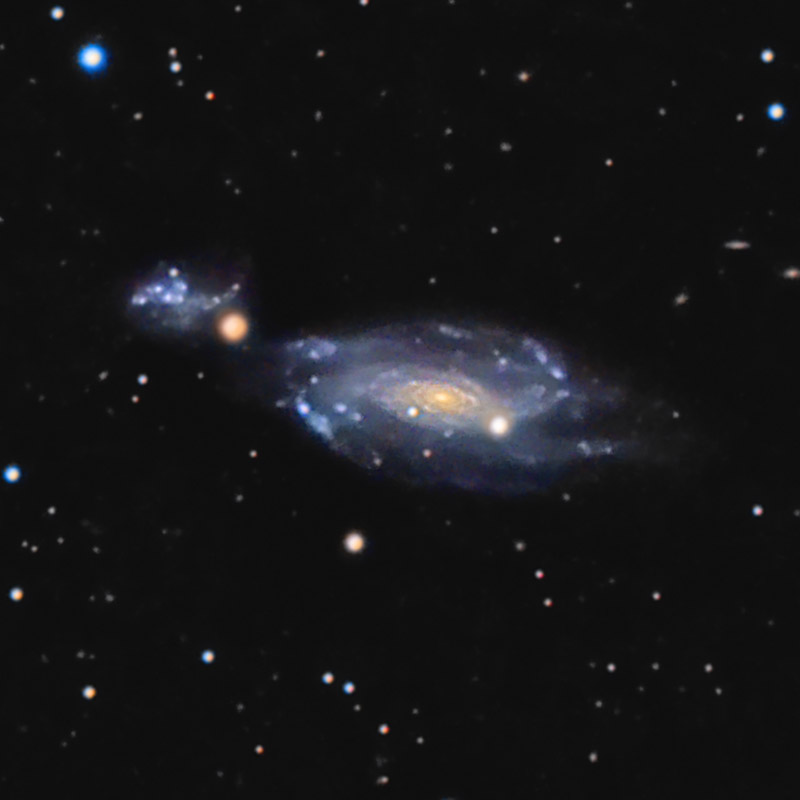 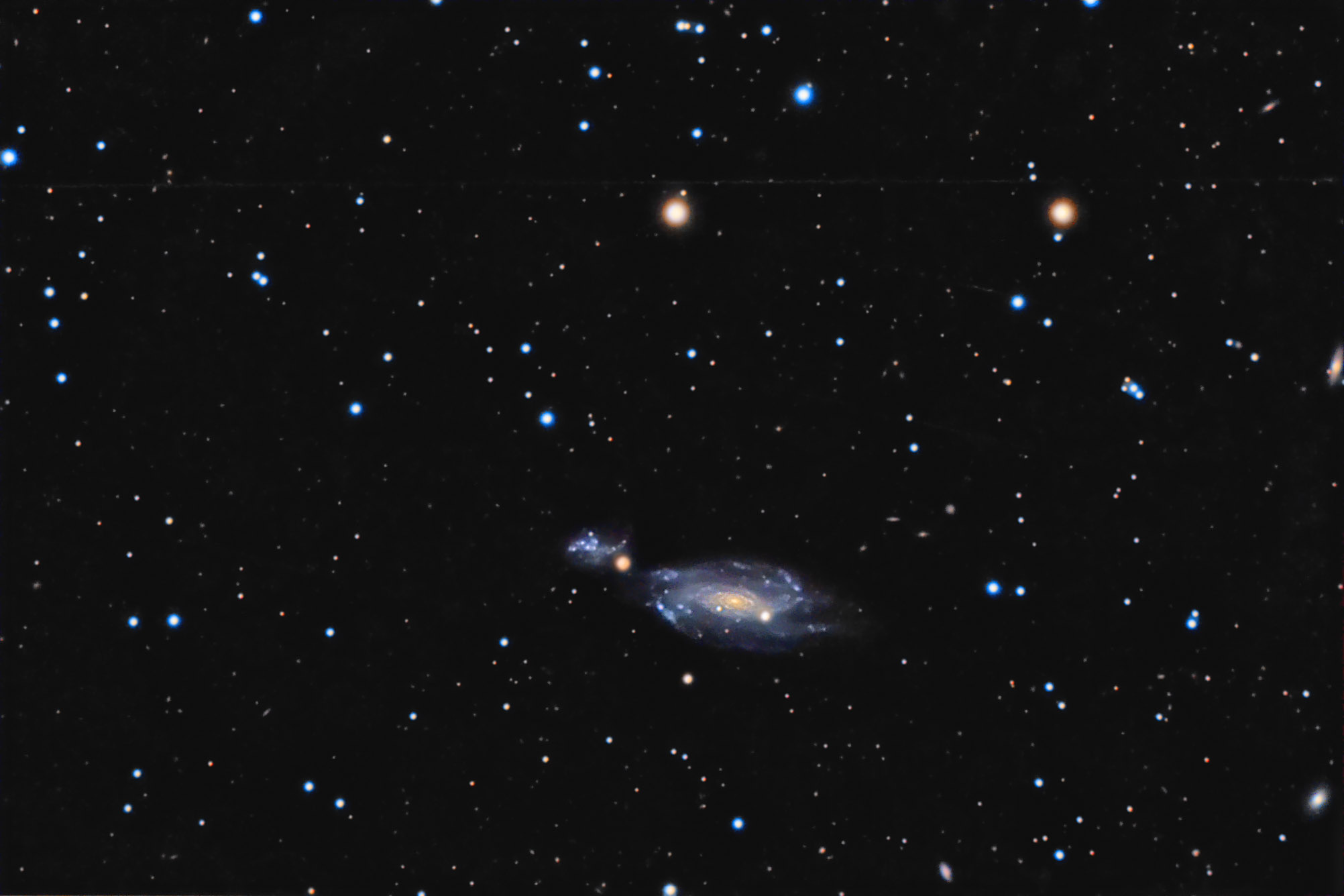