Arp 280/NGC 3769 is a pair of probably interacting galaxies in Ursa Major at a distance of 50 million light-years most say. Redshift puts it a bit closer at 44. It is a member of the Ursa Major Cloud of galaxies which are thought to range about 50 to 55 million light-years distant and includes M108 and M109 as its most famous members. Arp put it in his class of interacting double galaxies. It was discovered by William Herschel on February 5, 1788. It isn\'t in either Herschel 400 program though is within easy reach of an 8\" telescope from dark skies at a visual magnitude of 11.7.

Note the knot in the western end of the major member. Everything I saw on this pair refers to it as a knot, including the Kanipe-Webb book on the Arp Atlas. But in my color image, it came out with an orange core and blue outer parts as if it were a separate galaxy. Knots are almost always blue. If red then its H alpha red due to large clouds of ionized hydrogen in them. This got me searching further. I found a Hubble image (attached) that shows it clearly is a separate barred spiral galaxy. NED doesn\'t include it either as part of a galaxy or as a separate galaxy. Is it a distant galaxy or a dwarf spiral being digested by Arp 280? Its arms are distorted but I still think it more likely a background galaxy. It wouldn\'t take much to change my mind, however.

The western member is by far the larger and is classed as SB(r)b:. The NGC project has it as Sb. Considering it appears to have an obvious bar I am a bit puzzled by the NGC project\'s classification. The eastern member is classed SBm Pec by NED. Looks more like a blob with a few knots to me. The eastern blue blob (a pair actually) carries its own designation PGC036008 Its redshift puts it at 44 million light-years. The same as NGC 3769. So they are a true pair.

The large galaxy west of this cluster at a distance of about 470 million light-years is UGC 06576, an SB0 galaxy with a very large faint outer disk. It appears to have a small companion to its southwest at about the same distance.

A couple very blue quasars are in the image. In processing it I couldn\'t help but notice a super blue starlike object east of Arp 280. I was sure it would be a quasar when I went to look it up but nope. It is listed as a white dwarf and X-ray source in the ROSAT catalog All-Sky Survey Bright Source Catalog of X-ray sources, 1RXS J113836.9+475459. That\'s one hot white dwarf. So where is its planetary nebula? Has it already dissipated? It is labeled as WD/X in the annotated image.

After writing this I found limited data on the western part of this galaxy pair at the Hubble Legacy site. I did a quick enhancement of the mono data there. It supports the idea the blob at the north end of NGC 3769 is indeed a separate galaxy. 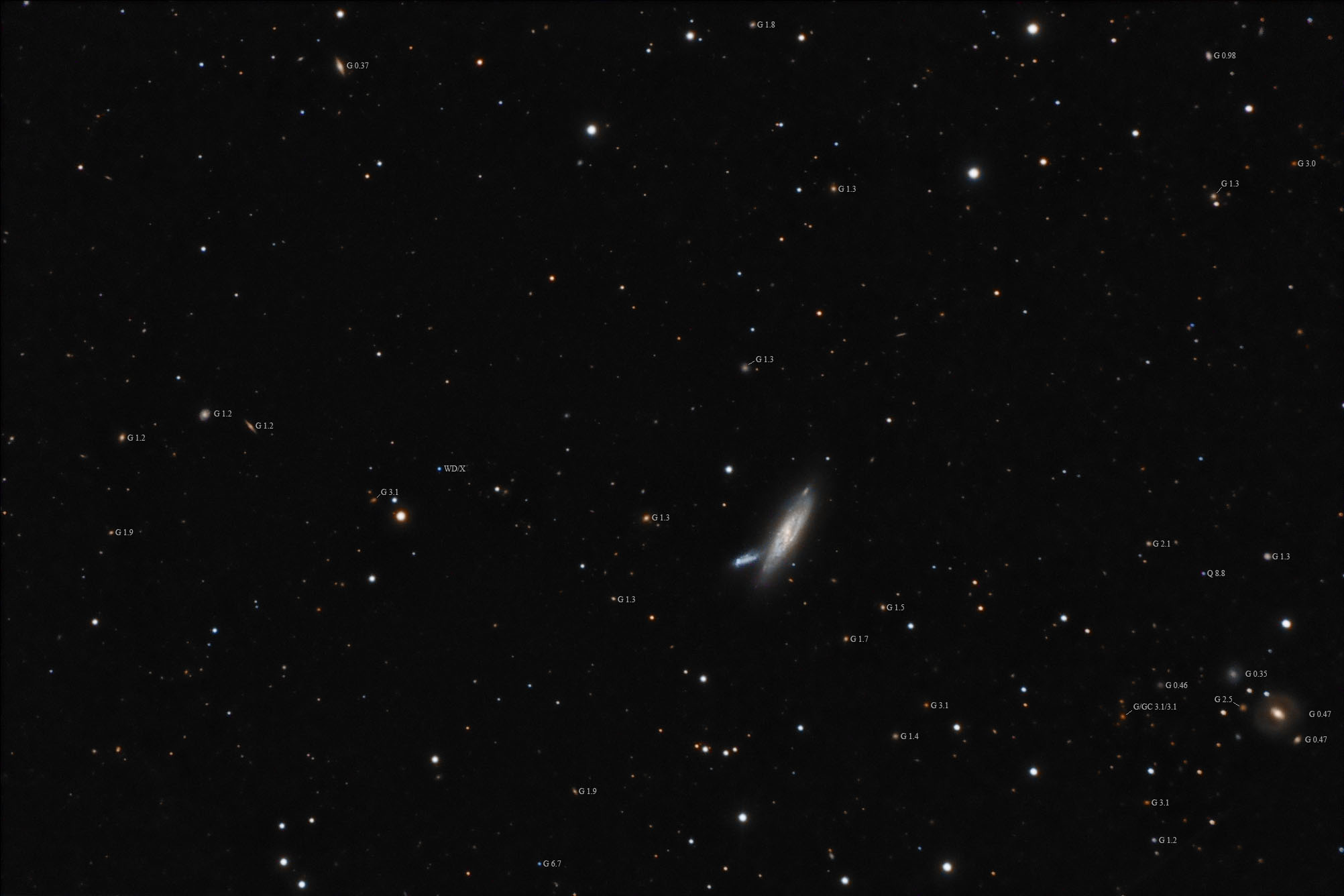 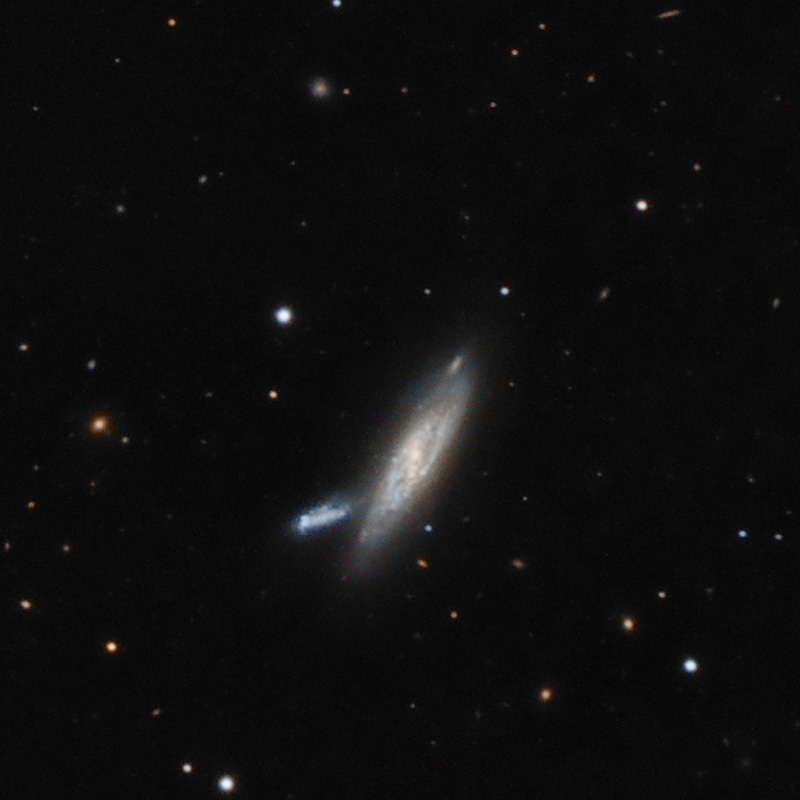 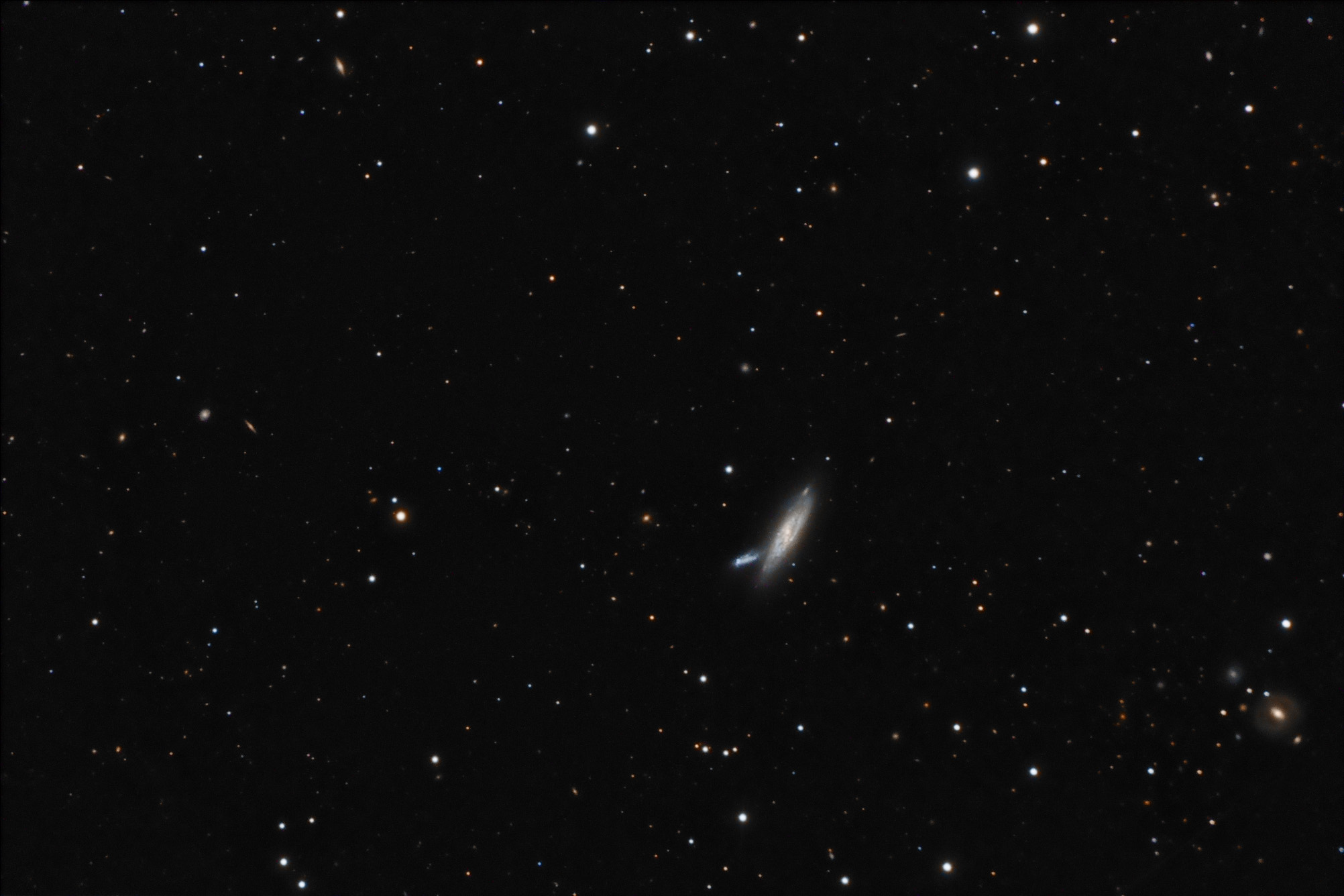 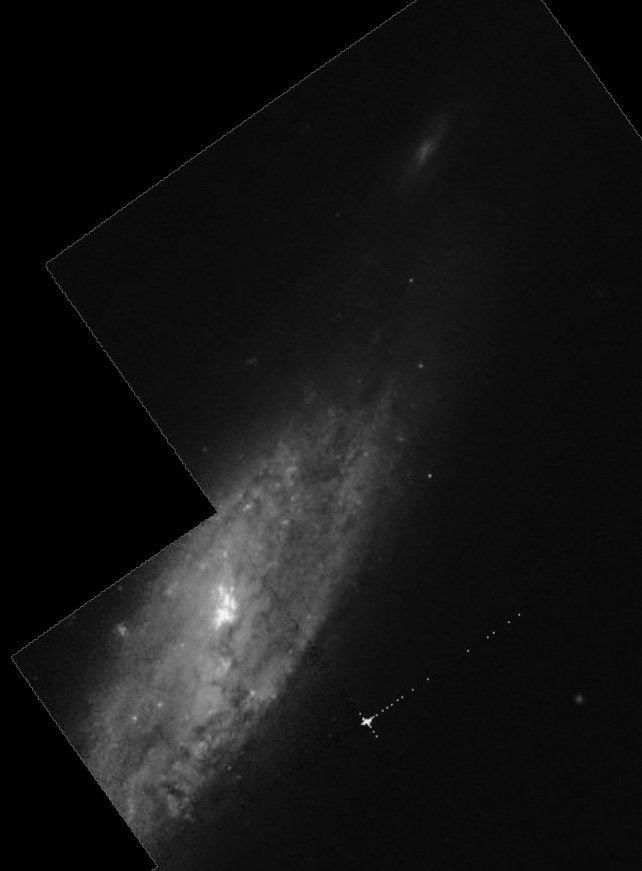