ARP 292, IC 575, or what is it like to be run over by a hoard of geostationary satellites? This one is in the geostationary satellite belt as seen from my latitude. Only by waiting for it to get low in the west could I move the belt\'s perspective such that it fell below the object. But that put it down in lousy seeing. Also, it meant the star colors wouldn\'t align well as they are displaced by the prism effect of our atmosphere. Blue moved so much during just a 10 minute frame I couldn\'t get it to align very well so stars have a blue fringe. Another problem of viewing through our atmosphere. A few trails can be seen above the main belt. I tried to reduce them as much as possible but couldn\'t eliminate them completely. I didn\'t try with those below Arp 292. The trails squiggle back and forth thanks to our unsteady atmosphere.

ARP 292 is a very strange spiral galaxy. It looks much like M104 seen a bit more edge on except the dust lane is skewed a bit from the plane of the disk carrying the spiral arms. At the SE end, it seems to suddenly curve down even more. I don\'t see this in Arp\'s image, just a straight tilted dust lane. The difference appears one of color. Arp\'s rather monochromatic blue image does resemble my blue image quite closely. When red and green are added the shape changes.

In any case, it wasn\'t the dust lane that interested Arp. He classes this under \"Group Character: Wind effects. I\'m not sure what he\'s seeing here. There is a large halo of stars around the main galaxy, again much like M104. Though in this case it appears slightly offset to the southeast. Maybe that\'s what he is referring to. I\'ve attached my image of M104 reduced to how it would appear if at Arp 292\'s distance. Notice the similarity. Though its halo is more symmetrical than that of Arp 292. Compared to M104 it is much redder and the halo much bluer besides the tilted dust lane.

ARP 292 is also known as IC 575, an SA pec spiral in Sextans. Some sources consider the disk a ring. Considering the viewing angle I\'m not sure that\'s known for sure. Its redshift puts it about 285 million light-years from us. This puts it over 9 times further away than M104. IC 575 was discovered by Stephane Javelle on March 9, 1893. He also found IC 0574 discussed below that same night.

For those wondering where the RGB satellite trails went, all were in the background which when set to gray then vanished for the most part. A couple still can be seen if you look closely. With only 4 subframes usable I didn\'t have enough for both good satellite rejection and good a good noise level so settled on a good noise level and left them in without trying to clone them out. 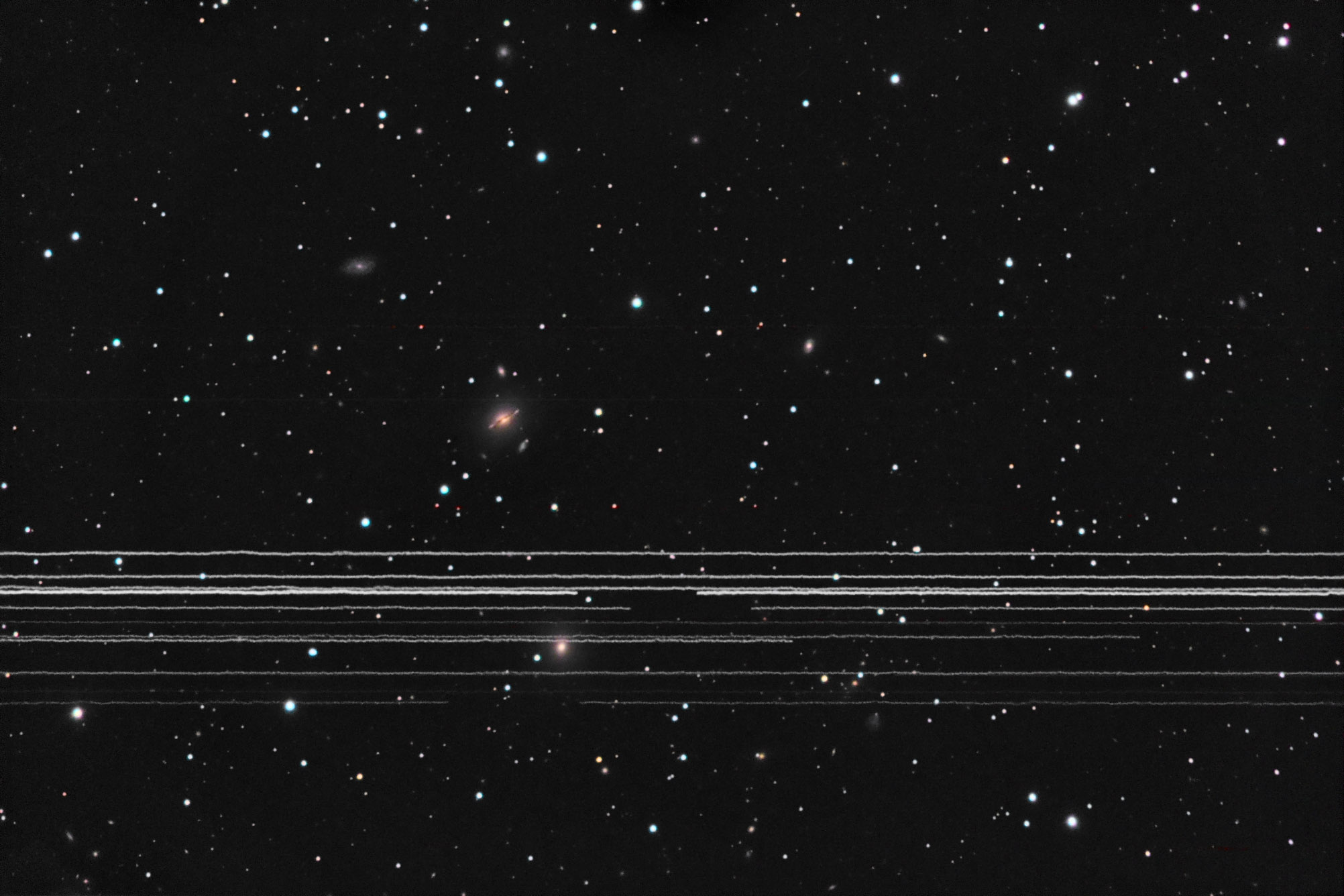 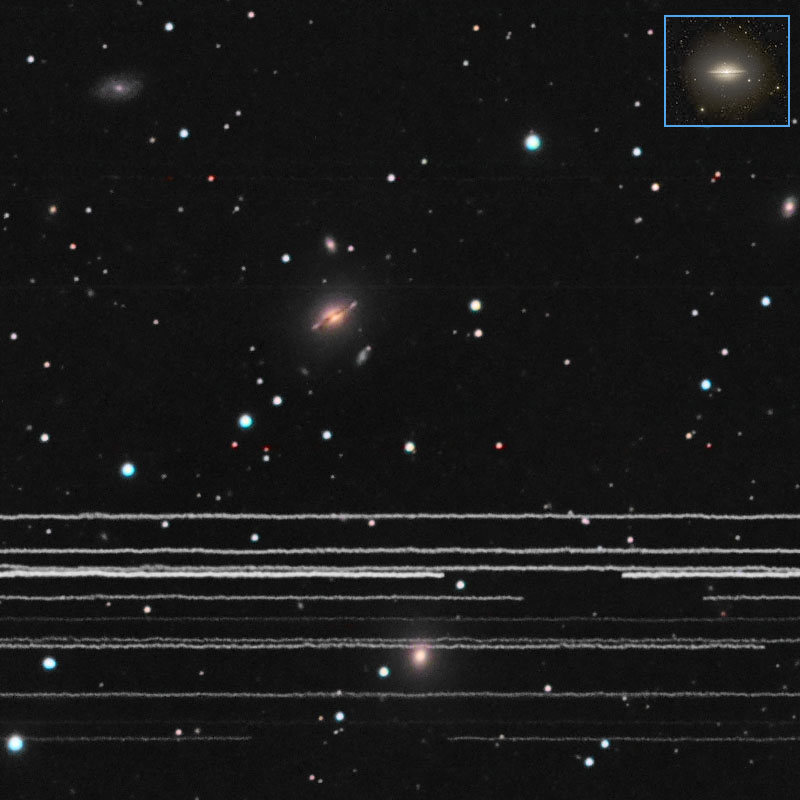