ARP 293 is a pair of interacting galaxies, NGC 6285 (right) and NGC 6286 in the constellation of Draco. A tidal bridge between the two is barely visible in my image. The northern galaxy is classed as S0 pec. There seems too much fragmentation and tidal plumes for me to tell what it was before the interaction. The southern galaxy is considered an edge on Sb spiral. Both appear to be LINER galaxies. Redshift puts them about 250 million light-years distant. Some sources say NGC 6286 (southern galaxy) is a forming polar ring galaxy. Certainly, it has an odd half ring tidal feature that is well out of its plane of rotation. Also, its eastern arm appears nearly severed from the core with a brightening at the very end of this lopped off arm. This may be a foreshortened bright arm arc. Arp classed it under Group Character: Wind effects. His comment about it was: \"Companion NW. Diffuse arc south-following brighter galaxy.\" Apparently referring to the same feature some see as the start of a polar ring feature. This may also be the \"wind effect\" he refers to.

Some catalogs consider it a triple galaxy including the very edge on UGC 10641, an Sd galaxy to the southwest. It is about 240 million light-years distant per its redshift. I see no hint of interaction with the other two, however. At a redshift that puts it 235 million light-years away is the elliptical galaxy UGC 10646 at the very top of my image. Keep in mind that orbital motions within a group of galaxies can create a range of redshifts such as we see here such that the real distance to each is not really shown by the redshift. Thus, these galaxies are all likely at virtually the same distance and form a rather nice \"local group\" of their own. Only two of which are so close they are interacting.

In the southwest corner (lower right) are a bunch of faint galaxies, many of which seem to align in concentric arcs around a rather bright orange galaxy. I find no redshift data on any of these but they are in the position of a galaxy cluster candidate known as NSC J165634+585212. It has a photographic redshift distance (likely based on 2MASS K band data) of 1.8 billion light-years. NED lists no size or population for it. 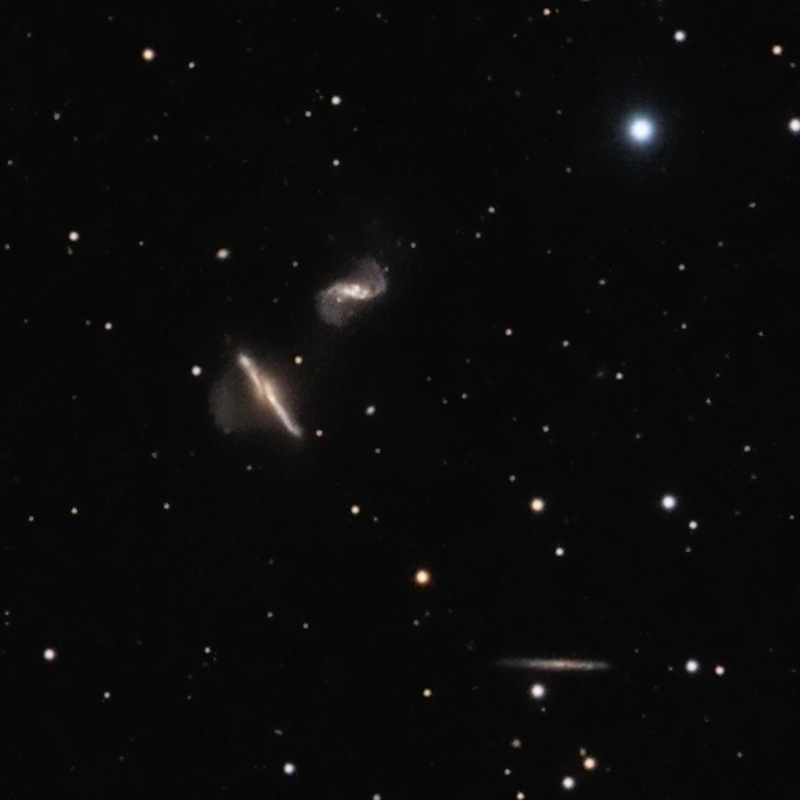 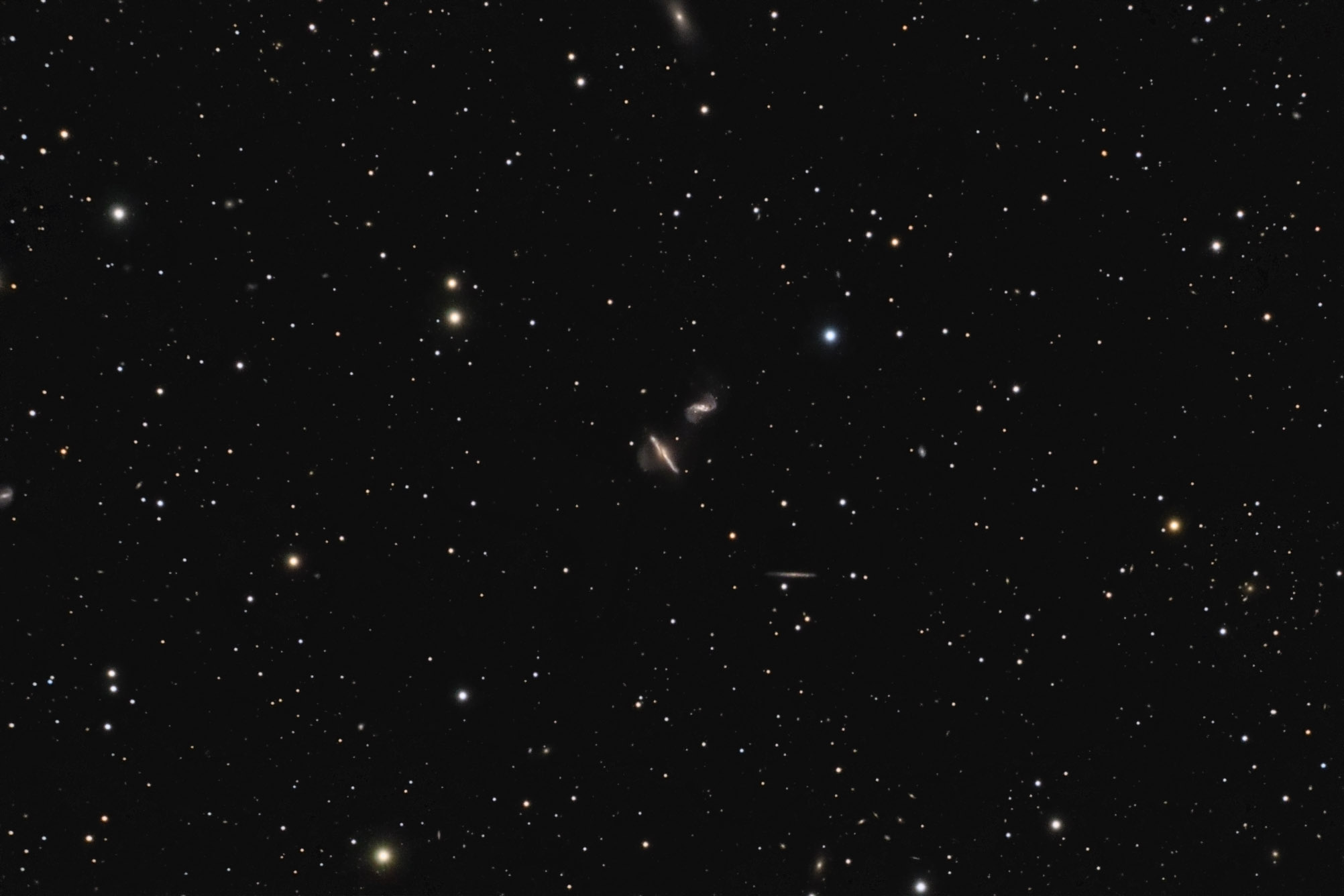