ARP 309 is made up of two interacting galaxies, NGC 942 (lower) and NGC 943 (upper). The pair is located in Cetus about 200 million light-years distant. They are the largest two of a group of galaxies known as the USGC S088 group. NED lists it as having 8 members. While they are not identified there are 8 galaxies with known redshift values which indicate they are at the same distance as Arp 309. Since no other galaxies in my field have redshift values I\'ve not labeled any but those probably in the group.

Arp put #309 in his class for double galaxies. Arp apparently missed or wasn\'t interested in the large plume going north from NGC 943 or the smaller one going south from NGC 942. His only comment addresses the very red dust ring in NGC 943 when he says: \"Peculiar absorption ring, possibly broken.\" Both were discovered by Frank Muller sometime in 1886. The exact date is unknown. 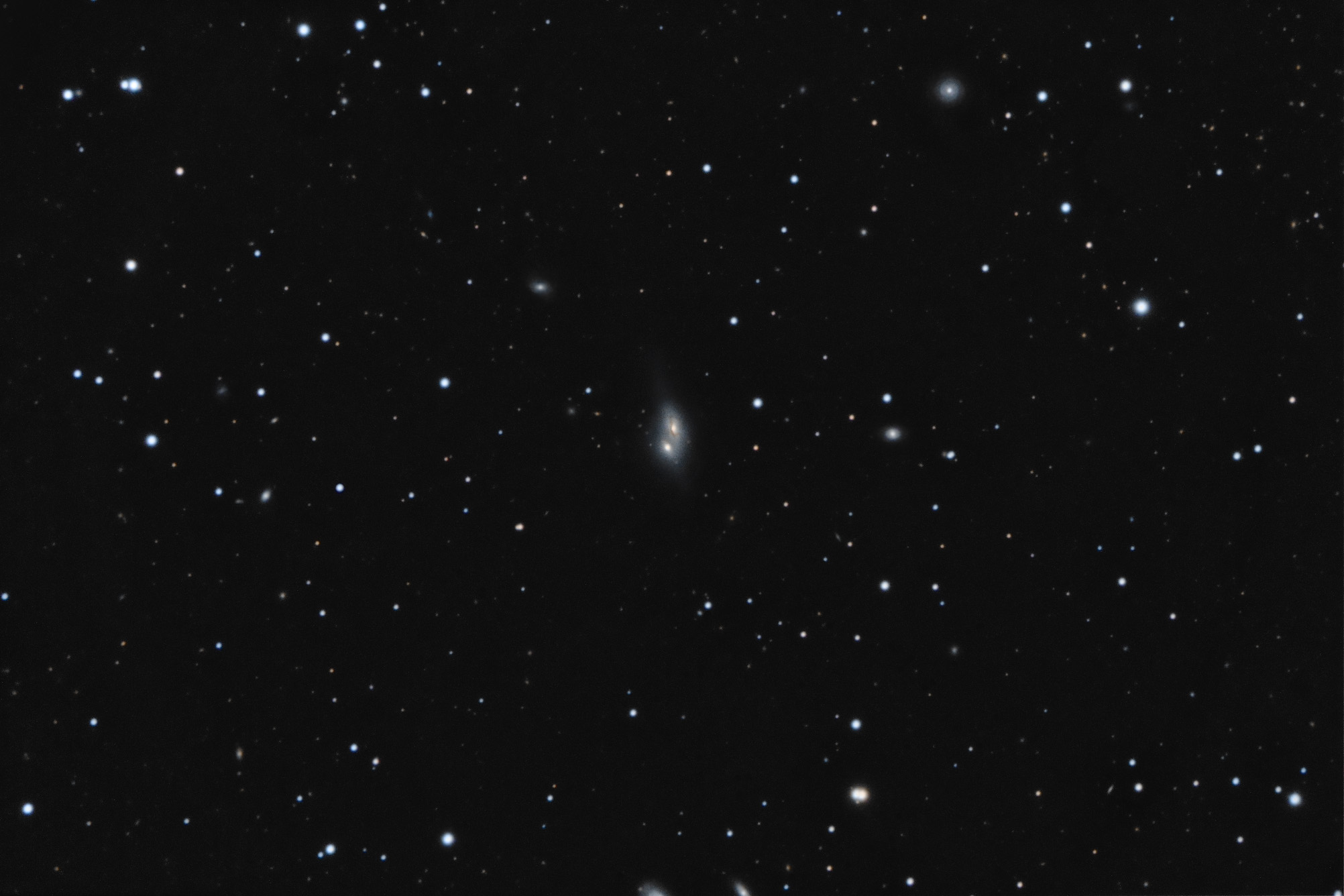 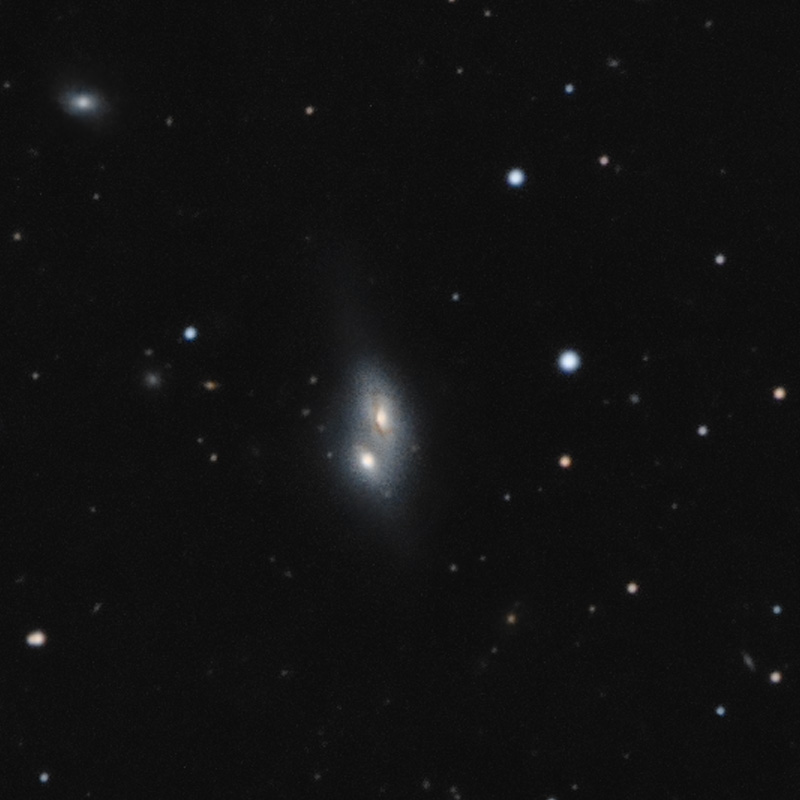 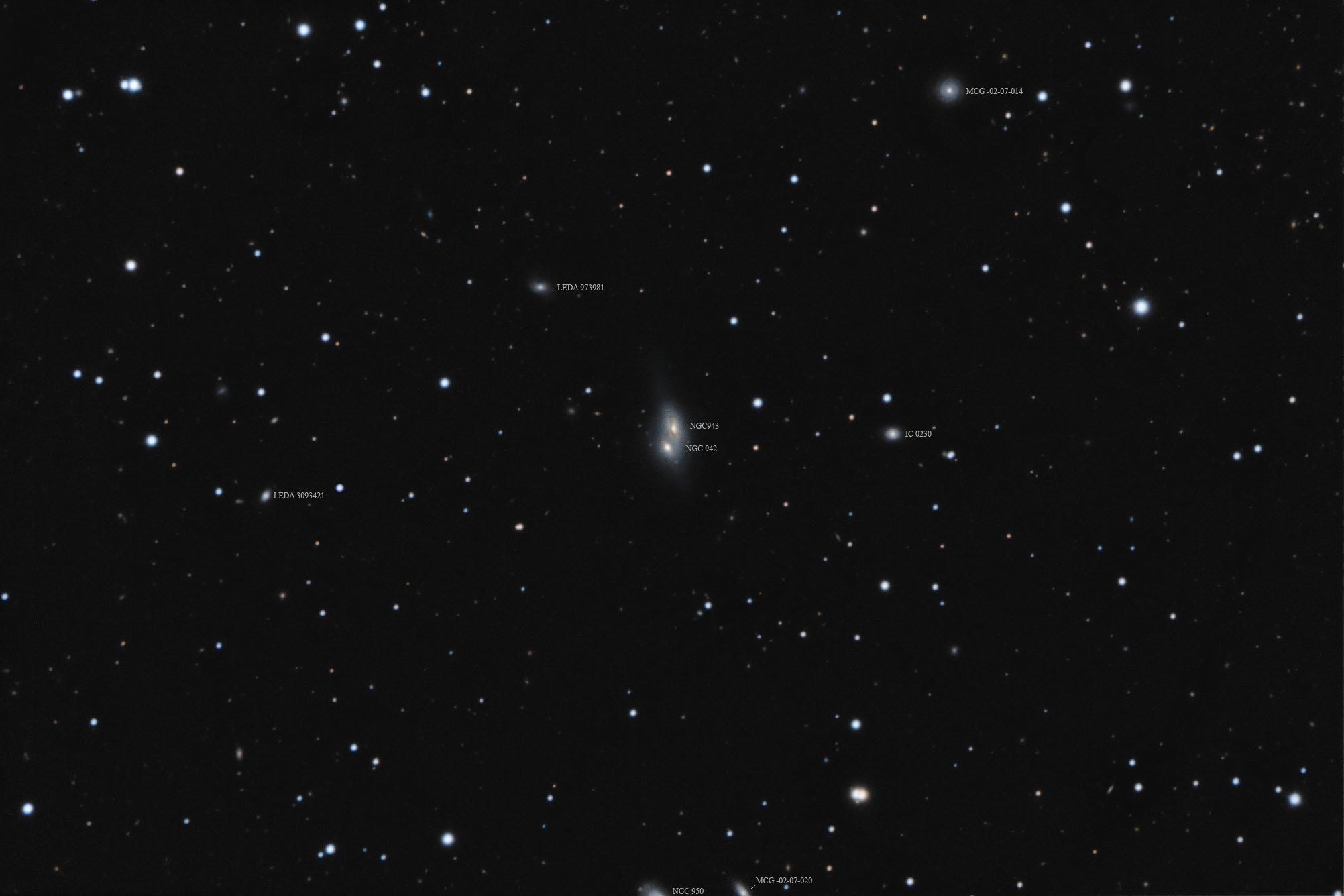