ARP 312/HOLM 758 is a group of galaxies in northern Hercules located about 525 million light-years away. It falls under Arp\'s category Group Character: Groups of Galaxies. There are several Arp galaxies in this area northeast of M92. While the galaxies of Arp 312 have about the color of elliptical galaxies they are a bit bluer than most leading me to wonder if these were spirals and have interacted sufficiently to eject their dust and gas so are turning into elliptical galaxies. I find very little on this group so this is pure speculation on my part.

How many of the galaxies Arp considered to be in the group is also a bit difficult to determine. NED seems to list only 2, the two northern ones sharing a common halo of stars. Webb and Kanipe include the bright galaxy to the southwest. Arp included the one to the northeast by a star in his photo. His comment reads; \"Diffuse connection between central members of the group.\" Obviously, the two brighter members show a common halo. Look closely and it extends to the southwestern one as well. That would be 3 members, not just \"central\" ones. So is Arp referring only to the two with the obvious halo and considering the northeast and southwestern ones members not sharing a \"diffuse connection?\"

The three major galaxies are: MCG+8-31-4, the southeastern one; MCG+8-31-5, the largest of the group; and MCG+8-31-6 the easternmost galaxy of the three. The one hiding behind the star to the northeast is 2MASX J16495421+4643284 a strong IR emitting galaxy. But that applies to the other three as well as they too are in the 2MASX catalog which was conducted at the 2 micron IR/microwave wavelength. I find redshift data only on MCG+8-31-5. I\'d assume the three in the MCG catalog are all about the same distance due to the common halo. Most everything else in the area is a mystery, unfortunately. No one seems to even be trying to classify any of the 4.

While this area has been surveyed by the Sloan project no redshift data for the entire field was found in NED. There are lots of interesting galaxies but while I can put names on them that is about all I can do so I haven\'t bothered to prepare an annotated version. The bright star is a 7th magnitude K2 star that gave me fits when processing this image.

Sloan image:
http://astronomerica.awardspace.com/SDSS-12/MCG8-31-4.php
Their image really shows what a pain that K2 star was!

Besides the normal full image I\'ve attached a cropped version at 0.5\" per pixel, twice my normal resolution. 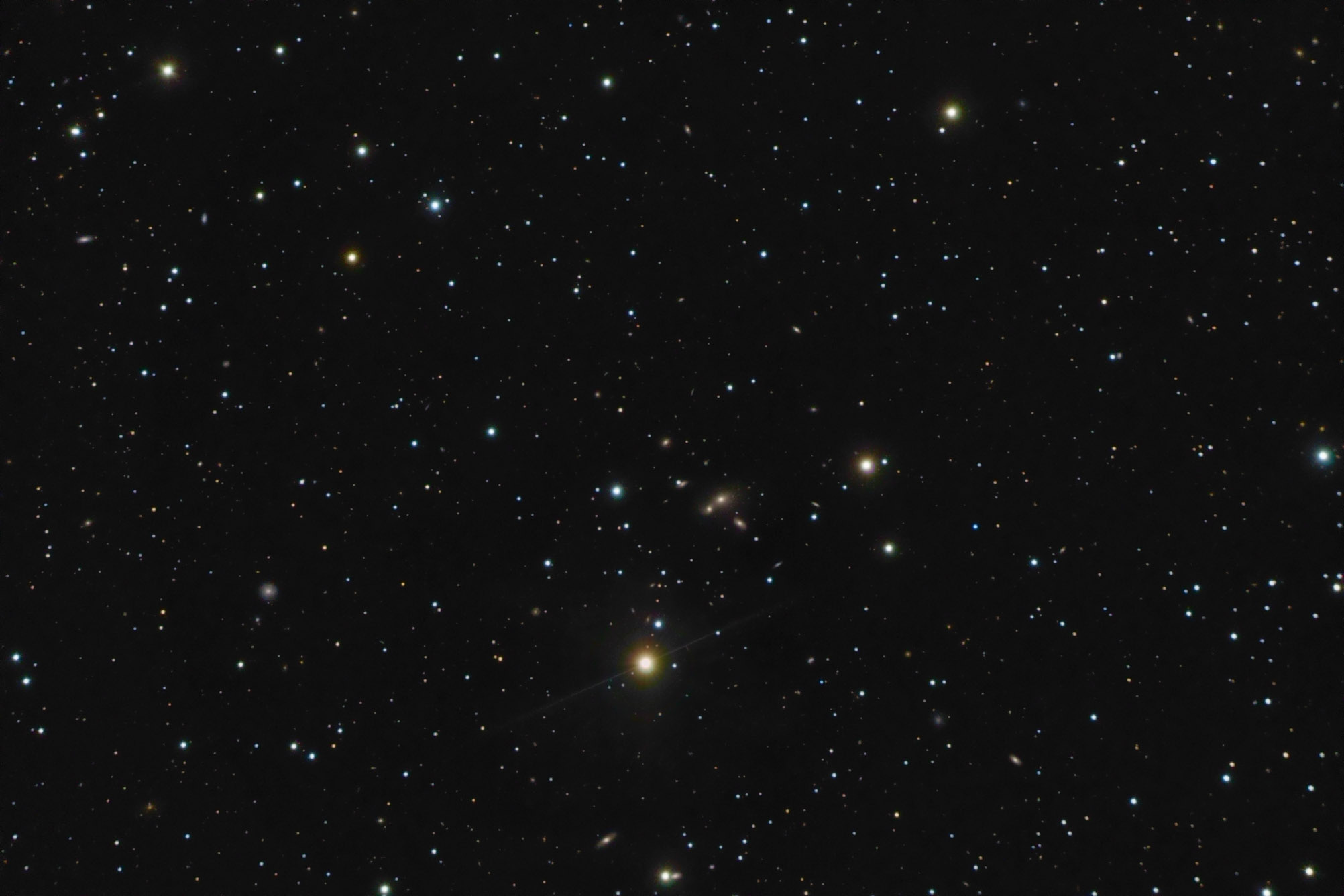 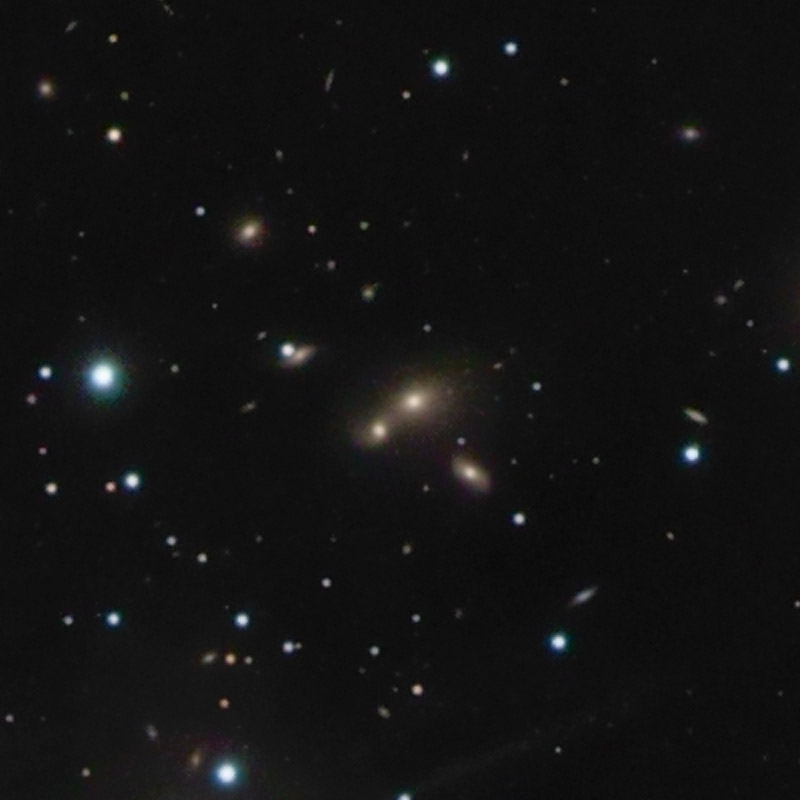