Late last summer I started to have problems with elongated stars. I had to throw out frames and retake them to eliminate this. I couldn\'t track down the problem. This is probably the most affected image. Retaking didn\'t help, I just had more elongated stars. I was getting desperate. I decided to regrease the gears and see if that helped. I also had a bad USB cable that needed replacing. These route through the axes. I opened the Dec axis\' compartment to pull out the bad cable and found it totally packed with sunflower seeds some little critter (mouse or vole most likely) had stashed there. Once the seeds were removed my oval stars went away. I plugged the openings around the cables with steel wool and set traps. Traps didn\'t trip or have bait eaten so I assume the critter had already met up with one of the owls that hang around here, great horned and barred. I never retook it. The tracking problems were quick so only distorted brighter objects. Galaxies seem to have been immune to the quick excursions caused by the seeds. Even tiny star forming regions in the \"shock wave\" like features of the two highly distorted galaxies are well resolved.

Arp 314 is classed by Arp under groups of galaxies. Most sources say it is a three galaxy group leaving off the one to the southeast that appears to be creating some sort of shock front full of star forming regions. Arp did include it in his photo and mentions it in his comment saying \"Faint filament leads SE to faint dwarf.\" So I think he was including it yet most catalogs don\'t include it. Maybe that\'s because there\'s no redshift data so it\'s possible it is at a very different distance. Possible but doubtful what with its odd distortion and that arm leading toward it. Or maybe he was referring to the condensation at the end of the filament. It isn\'t cataloged anyplace I could find as a separate object but maybe that is what he means.

Arp 314 is in the constellation of Aquarius just west of Arp 223 under the Circlet of Pisces. It is about 150 million light-years distant, only about 8 million light years more distant than nearby Arp 223. Since orbital velocities in galaxy groups can easily cause even greater redshift differences it\'s quite likely these are part of the same galaxy \"local group.\"

There\'s a cute little comma of 5 galaxies in the upper left corner just right of a fairly bright star. Two are in the APMUKS catalog, all are otherwise anonymous. Four are about the same brightness. Are they a small group? Brightest is about 20th magnitude. 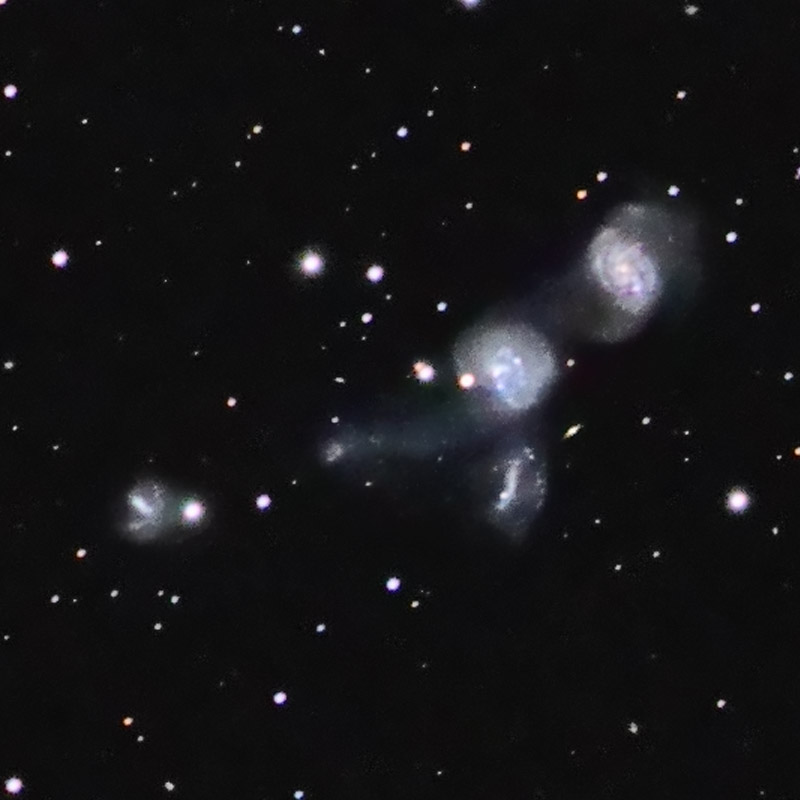 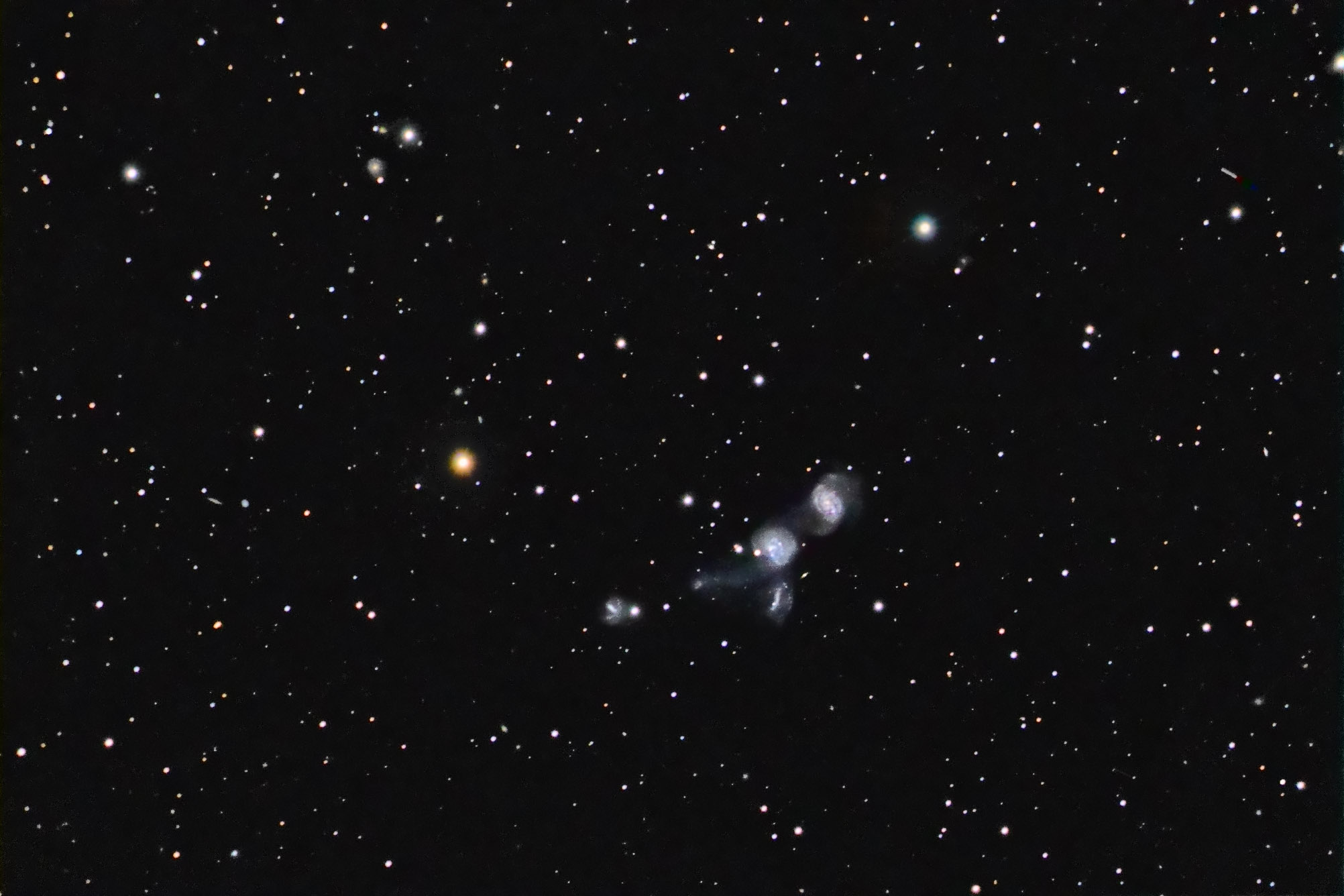