Arp 317 is also known as the Leo Triplet. It consists of three galaxies, NGC 3628, M65 and M66. M66 by itself is also Arp 16. Unfortunately, my field of view is too small to include all three even in a mosaic of two images as the distance between the two Messier objects and NGC 3628 is just too great. For a view that shows all three in one image see: http://cseligman.com/text/atlas/ngc3628wide.jpg

While many sources consider all three galaxies to be interacting Arp\'s comment only dealt with two, M66 and NGC 3628 when he wrote: \"Both galaxies on east show signs of interaction.\" M66 has large plumes as well as some large H alpha regions I picked up even without the aid of an H alpha filter. NGC 3628 is rather famous for a long streamer of stars coming off its northeast end heading east. Unfortunately, I took my image of it when I first was getting into digital imaging and had no idea I needed to manage the system noise of my camera. The result was that I lost the streamer due to severe system noise covering it up thanks to my short exposure time. For some reason, I\'ve never gotten around to retaking it. NGC 3628 is often called the Hamburger Galaxy due to its wide, dark dust lane reminding some of a hamburger patty in a bun. I can\'t say that it works for me but I\'m not a big hamburger fan in the first place (sorry McDonald\'s, Burger King, etc.)

NGC 3628 was discovered by William Herschel on April 8, 1784. It is in the original H400 observing program. My comments from the night of April 16, 1985, under fair but humid conditions using my 10\" f/5 at up to 100x is pretty bare bones. It reads: \"Large, edge on galaxy with a hint of a dust lane. Forms a triple at low power with M65 and M66.\" How that huge dark dust lane was reduced to a \"hint of a dust lane\" I don\'t know. M 65 and M66 were discovered by Charles Messier on March 1, 1780, though many books and articles incorrectly attribute their discovery to Pierre Méchain. You can thank Admiral Smyth for creating this error which was picked up by others over and over again. 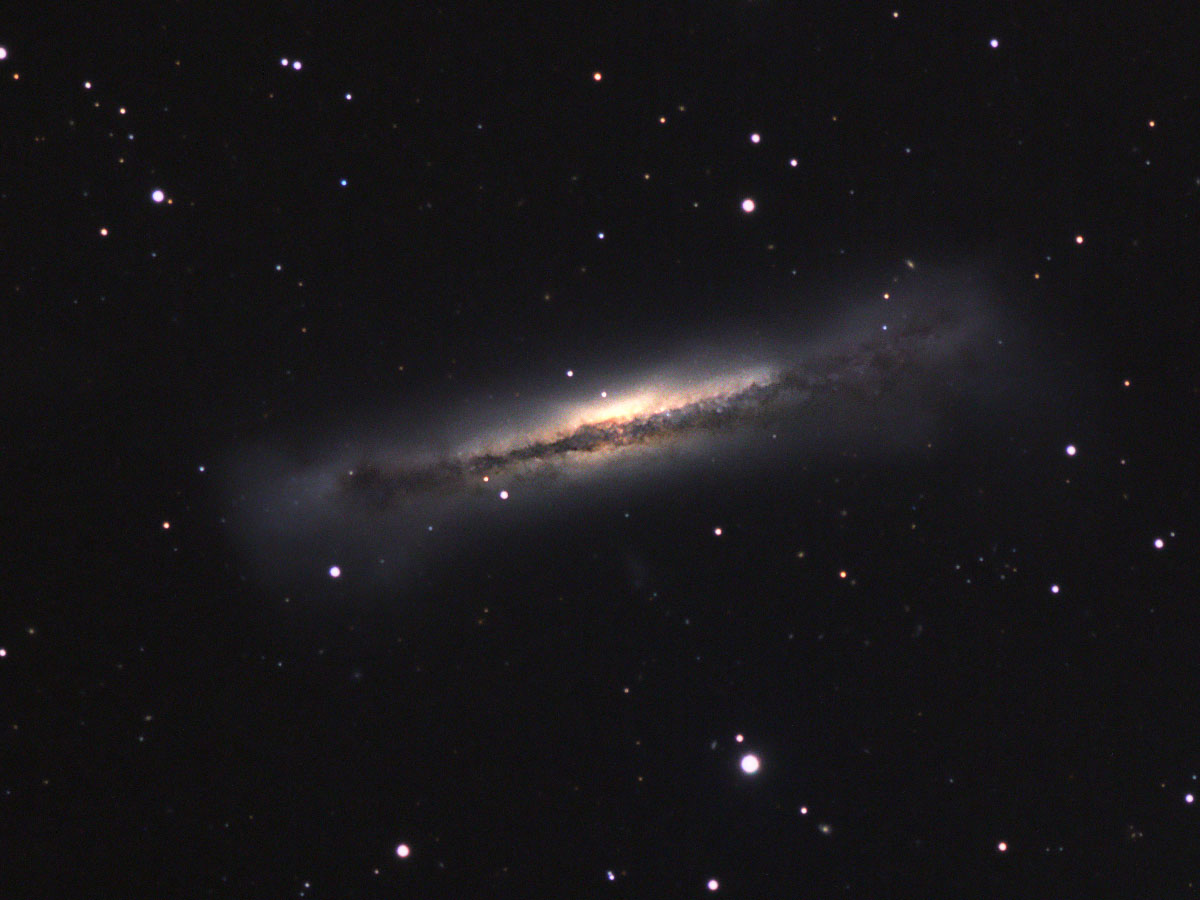 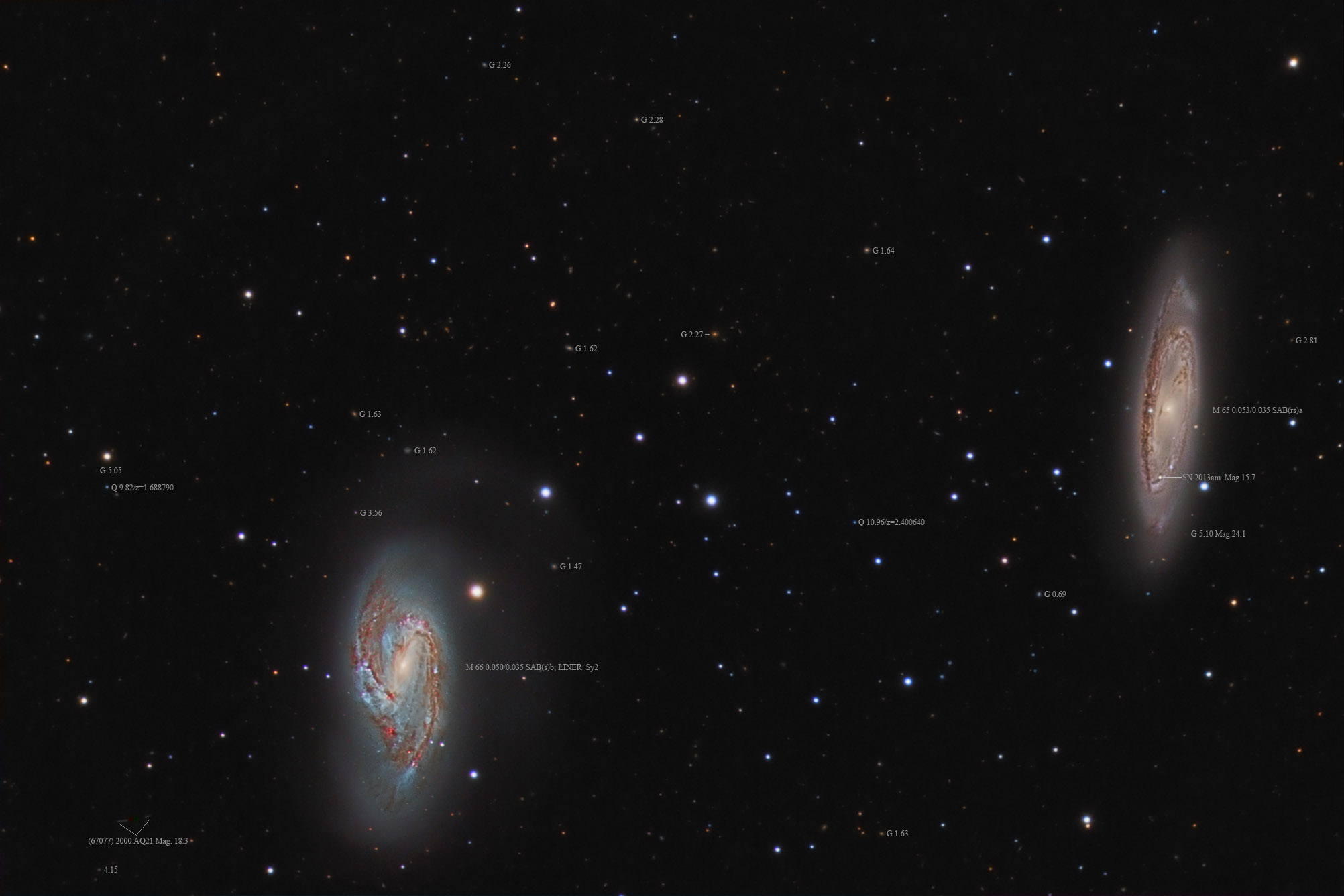 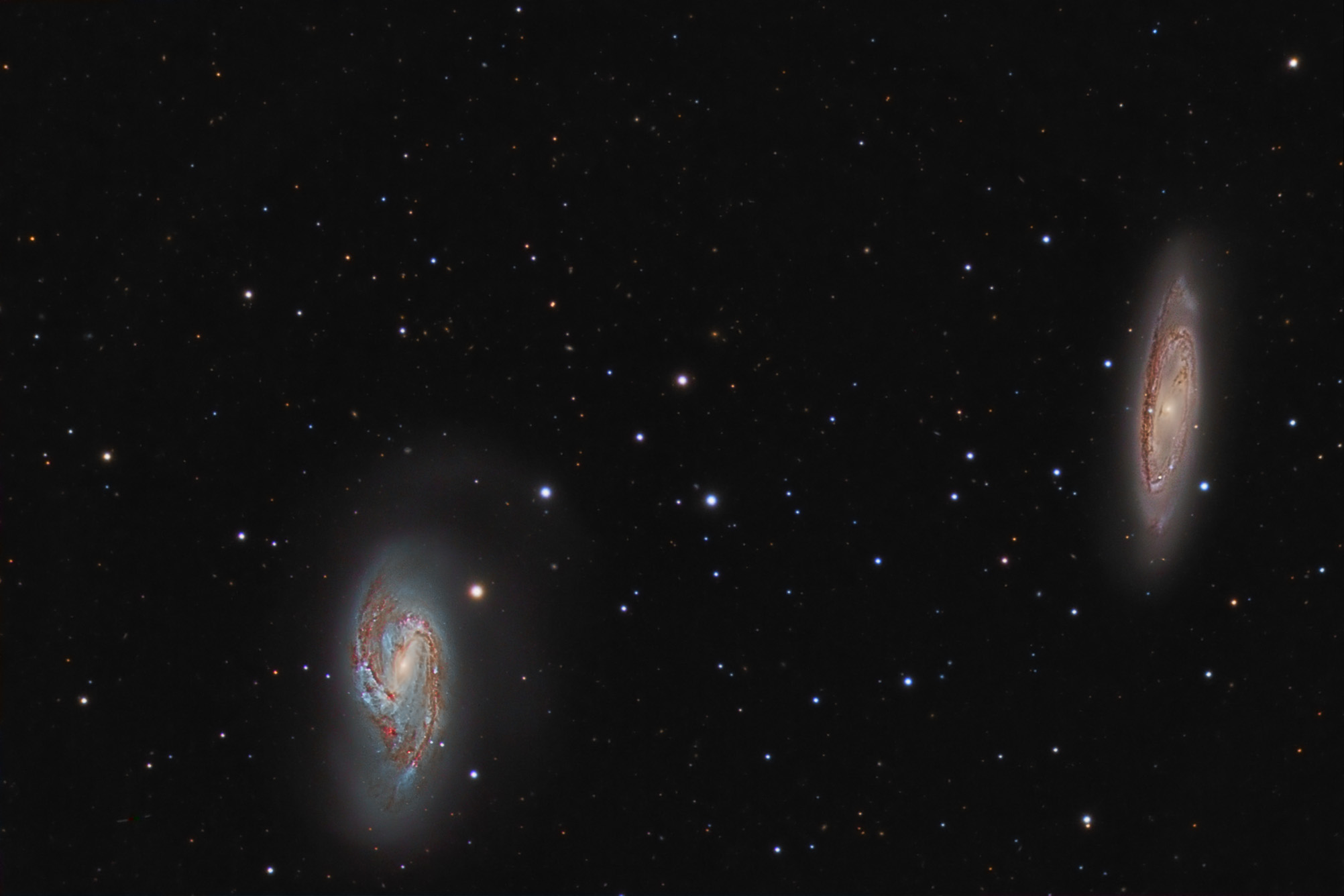