Arp 321, Hickson 40, is a tight group of 5 galaxies, 3 of which are certainly interacting. Most catalogs list them as a through e but can\'t agree as to which is which. I\'m following Hickson\'s lettering in my annotated image since it fits a NED note that is interesting. Part of it is reproduced below.

\"All galaxies in the group, except galaxy e, are radio sources (Menon & Hickson 1985). The most relevant structure of the group is the triplet formed by galaxy b with the two spirals c and e. These last galaxies provide further examples of disk \"eroded\" by interaction with a close companion. In particular, the southern spiral arm of galaxy e forms a characteristic stream of matter toward the two companions, indicating that the triplet is indeed a physical association. This fact is also confirmed by the presence in galaxy b of a small nuclear jet pointing towards galaxy c (UMT) and by the unusual behavior of profiles of both galaxies. Actually, the luminosity, ellipticity, and position angle profiles of galaxy b suggest its classification as a disky elliptical or S0 galaxy. On the contrary, its a_4_ profile shows a strong boxiness also noted by Rubin et al. (1991). This could suggest that the close interaction may change the shape of the galaxy more rapidly than its radial light distribution and, in this framework, galaxy b of this group could represent an intermediate stage of a merging process.

\"The most luminous member of the group (galaxy a) is another example of dubious classification between S0 and disky elliptical. In fact, even if the luminosity profile is well represented by the r^1/4^ law, the geometrical profiles (especially the ellipticity profile) are typical of an SO galaxy seen at an intermediate inclination angle. Also in the field of this group, some small diffuse objects are visible, mostly around the galaxy a.\"

The galaxies are located in Pisces near the Circlet and are a bit over 300 million light-years distant. Actually, there\'s a 6th member of the group LEDA 082490. It shows the same redshift distance and does seem to have a bit of distortion at its ansae so may have had a run in with the others sometime in the past.

Arp classed this one under his rather redundant class Group character: Groups of galaxies. His comment: \"Sharp absorption lane in connection to S galaxy.\"

This field is not covered by the Sloan survey so most of the galaxies in the image have no redshift data and most are anonymous.

I\'ve included an annotated 2x enlargement of the group to show a-e and LEDA 082490. 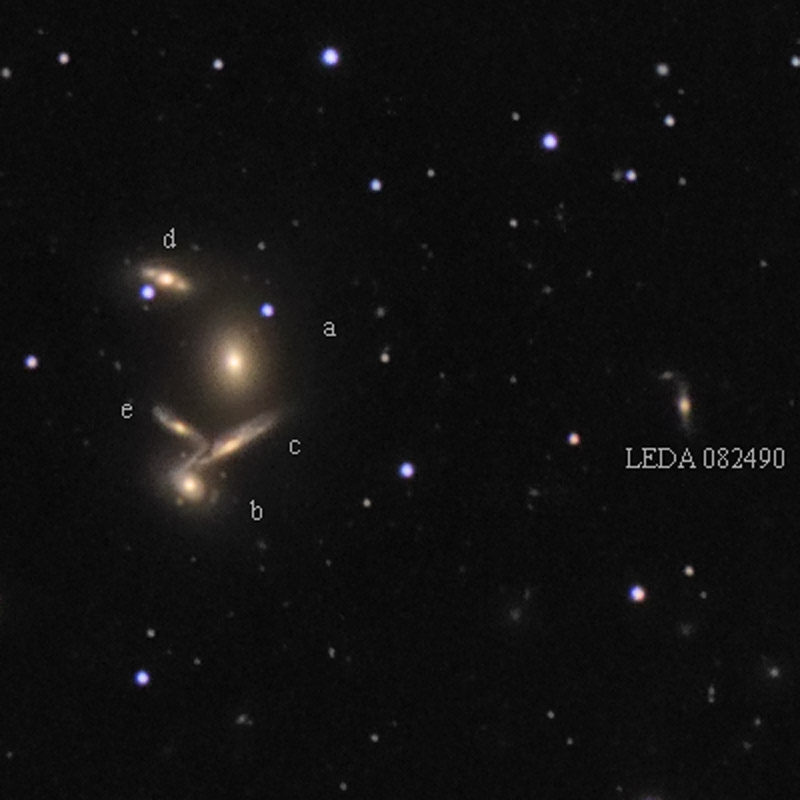 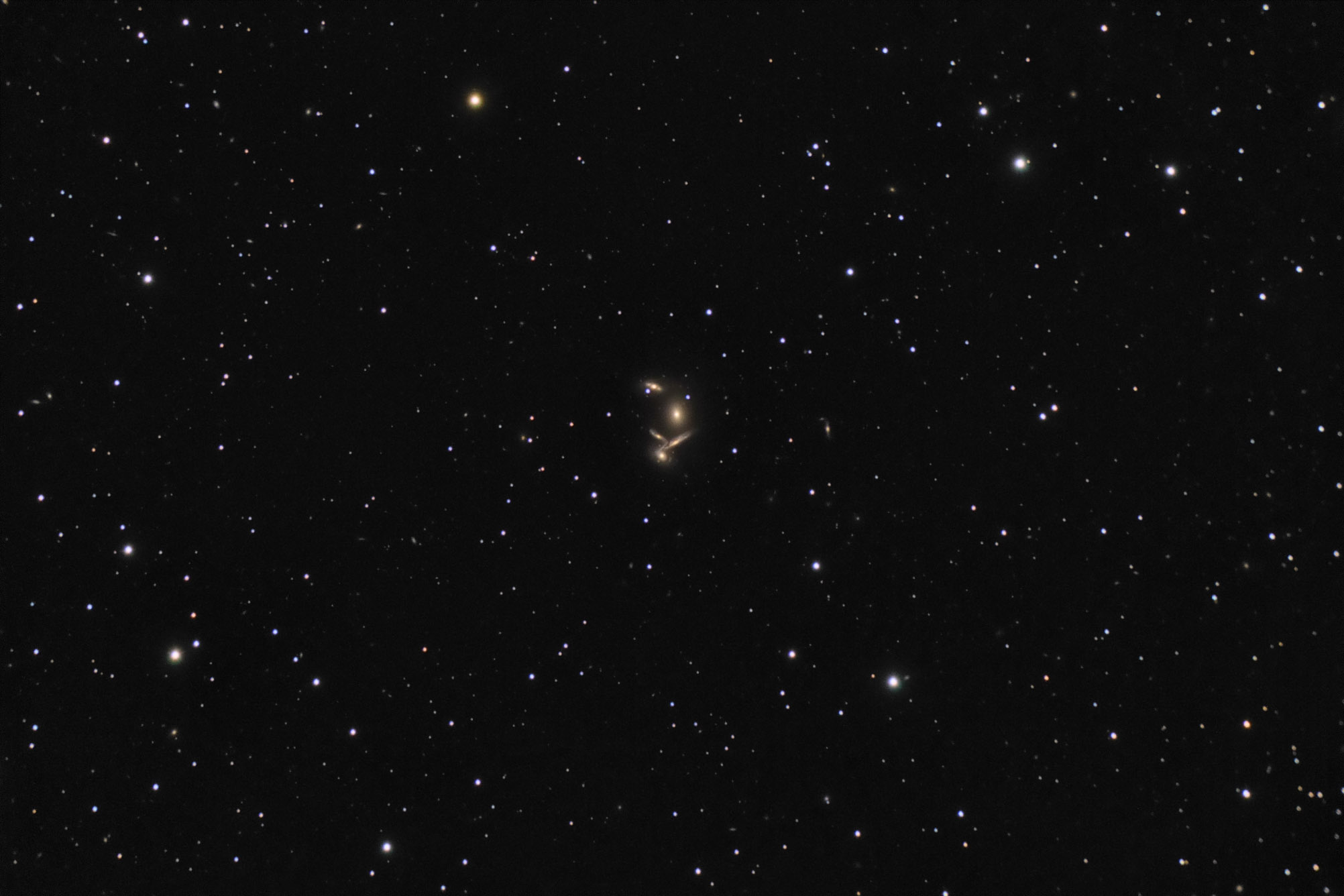