There are two Arp systems in this image, Arp 214 and Arp 322. They are unrelated. Arp 214 is also NGC 3718. It was discovered by William Herschel on April 12, 1789 though not in either of the Herschel 400 programs which I find rather strange. Arp put it in his category for galaxies with irregularities, absorption and resolution. I don\'t know what he means by resolution but it certainly is irregular and has a strange absorption dust lane. These features are caused by its long-ago interaction with NGC 3729 to the east. Arp\'s comment on it reads: \"Barred spiral, sharp nucleus, narrow absorption lanes through center.\" He never mentions the huge plumes drawn out by its interaction with NGC 3729 which itself is rather disturbed but didn\'t make Arp\'s atlas. It was also discovered by William Herschel on April 12, 1789 but did make the original Herschel 400 observing program. My comment on it from April 16, 1985 on a fair but humid night with my 10\" f/5 at 50x reads \"Small galaxy, gradually brighter toward center though no defined nucleus was seen. Smaller and fainter than NGC 3718 in the same field which is easier and more interesting.\"

The galaxies are a bit over 50 million light-years distant and found in Ursa Major. Both galaxies are experiencing strong star formation as a result of their interaction.

Arp 322 is the other entry to Arp\'s Atlas in this image. It is 4 of the 5 galaxies seen below Arp 214. It is much more distant at a bit less than 400 million light-years. The 5 galaxies constitute the Hickson Compact Group #56. The eastern member is not considered part of Arp 322. Arp put it in his section for galaxy chains. Other than mentioning that the chain is near Arp 214 he made no other comment on this entry. Did he leave out the eastern galaxy because its halo didn\'t overlap any other or because it didn\'t fit his idea of a \"chain\"? Without any comment on this, your guess is as good as mine. 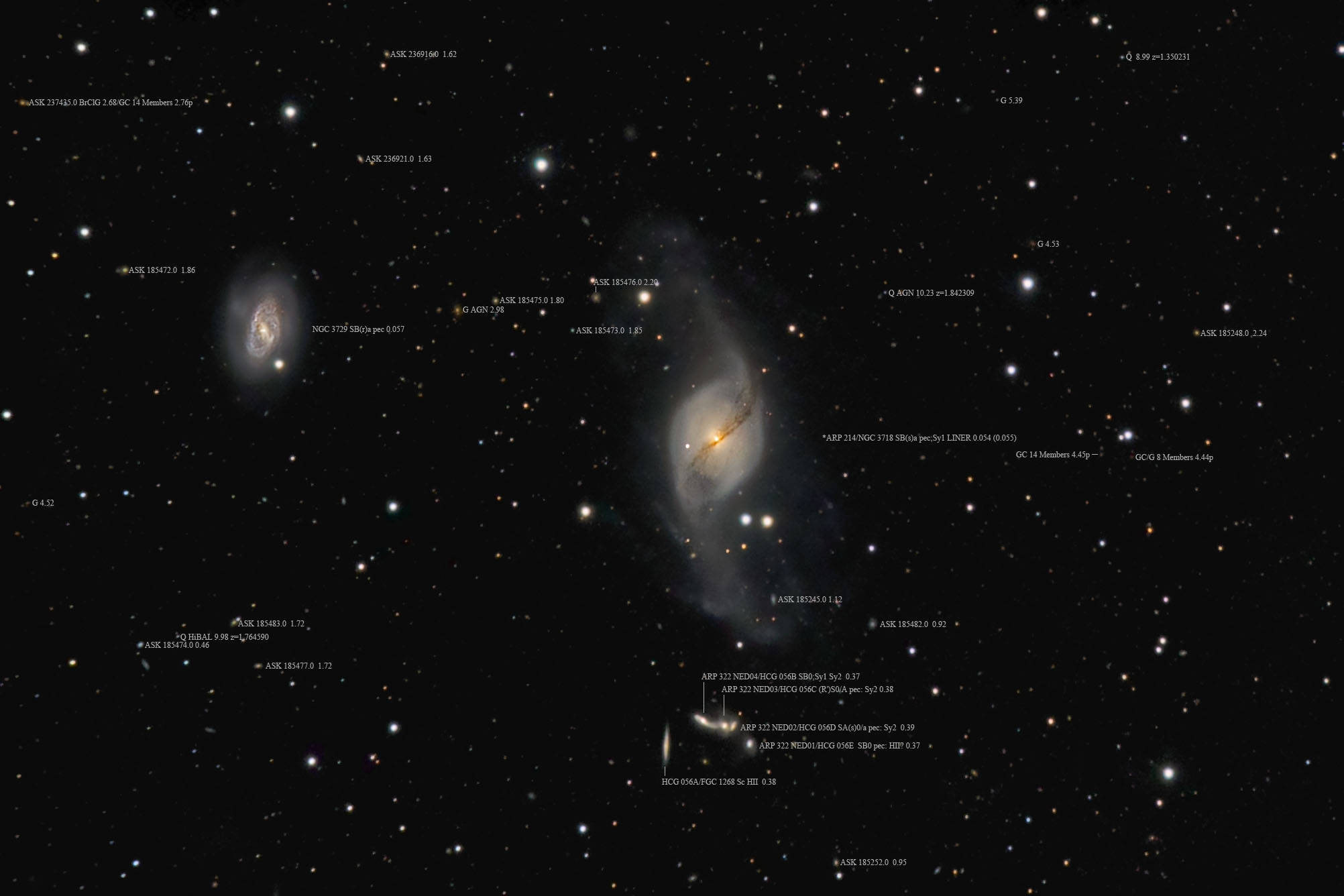 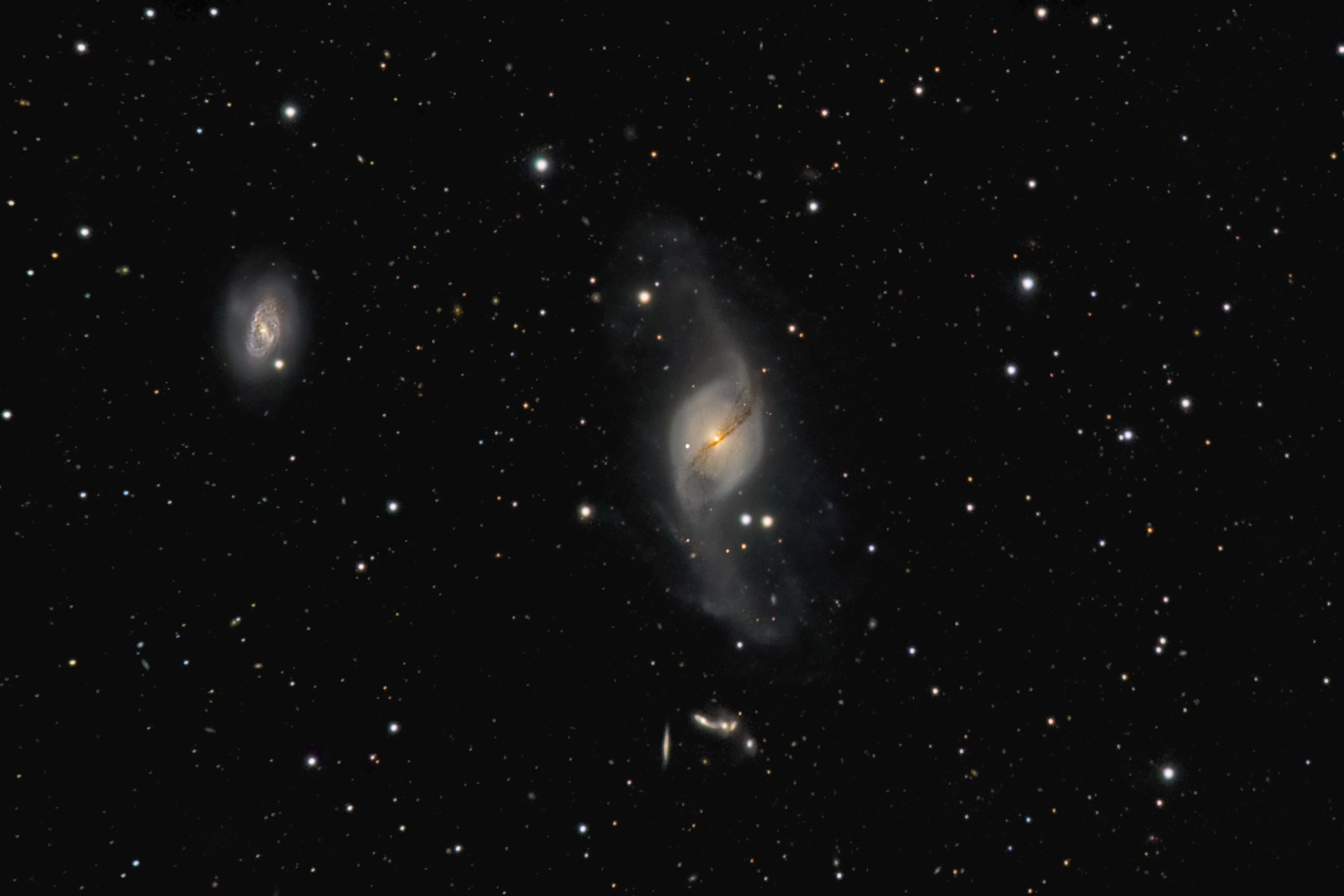