ARP 334 is located in the constellation of Canes Venatici at about 340 million light-years. Arp put it in his Miscellaneous class. His note gives no mention of why he thought it worthy of his atlas. His note simply notes that the second star to the south is not quite stellar. That\'s even more obvious in my image. Arp 334 is otherwise known as UGC 8498 and is classed as Sb at NED. It has some faint tidal spray and an apparent hole in its disk in the area of the southern galaxy. Are the two related? Wish I knew. The nearly stellar galaxy is SDSS J133025.68+313617.6. But the survey didn\'t take any redshift data on it so no way to know its approximate distance. Something apparently disturbed Arp 334 and it is as good a candidate for the mugging as any in the area.

There are several small galaxy clusters in the image and one huge one. The huge one is Abell 1752 which is labeled at the top left of my image. The label marks the center. It is listed as having a diameter of 52 minutes so would cover much of my image. No galaxy count or distance is given. The most obvious galaxy cluster in the image is GHO 1328+3157 a cluster of 24 galaxies with a distance of 2.6 billion light-years. I\'ve marked its center as GC followed by its distance. Note the center seems a bit southwest of the core region and the anchor galaxy. The Kanipe-Webb book on the Arp Atlas considers this group part of Abell 1752.

The galaxy that appears to be in the densest part of the GHO 1328+3157 galaxy cluster is 2MASX J13302928+3141354. It is listed as a Bright Cluster Galaxy rather than cD. Also, its redshift seems to put it somewhat further away than the listed distance to the cluster. NED shows a redshift that puts it 3.1 billion light years distant, about a half billion further than the cluster estimate. That seems a large discrepancy. Maybe the estimated cluster distance has a problem. The galaxy is the reddest I can recall imaging.

Another candidate cluster, this time at 2.6 billion light years is located north and a bit east of Arp 334. Again, the label GCC marks its center coordinates.

Yet another galaxy cluster is shown at NED due west of Arp 334. It is NSCS J132936+313646 and has no distance, size or diameter given. There appears to be a small tight group of galaxies just east of the position. I\'d cover up the galaxies if the label were centered on the center so it is immediately west of the label in this case which reads simply \"GC ?\" due to no distance being given.

While looking up information for my annotated image I again came across a galaxy, not in NED. It is southwest of Arp 334 and is marked by a \"?\" Just above it is a fainter galaxy. That one is SDSS J133006.12+312859.0 with no distance given. The third object is a star. So why is the fainter galaxy included but not the brighter? I keep running across these. Many more probably exist in the image, just that this one happened to interest me so looked it up specifically and found it wasn\'t there. I suppose with the millions of SDSS galaxies cataloged it isn\'t surprising a few get lost. 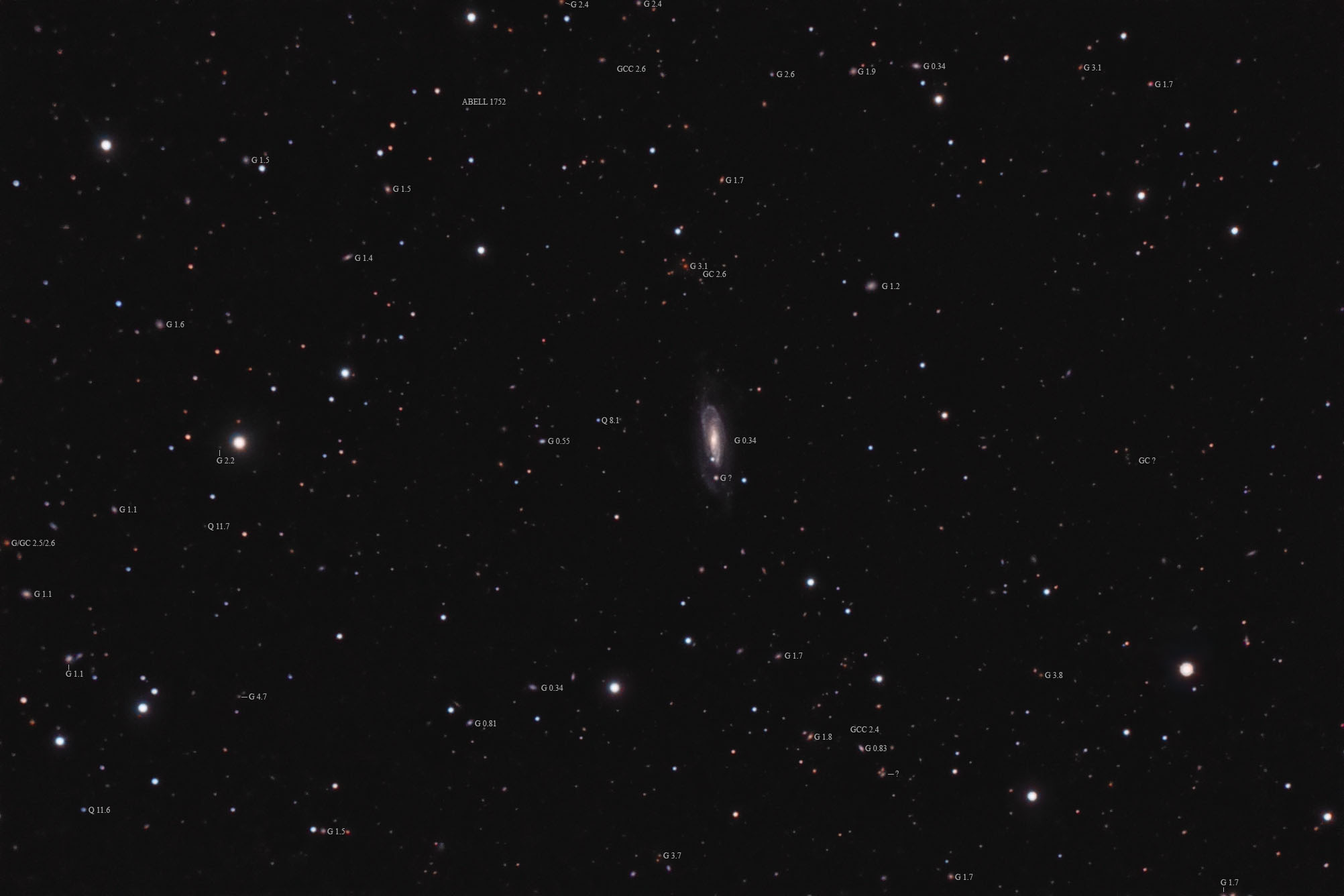 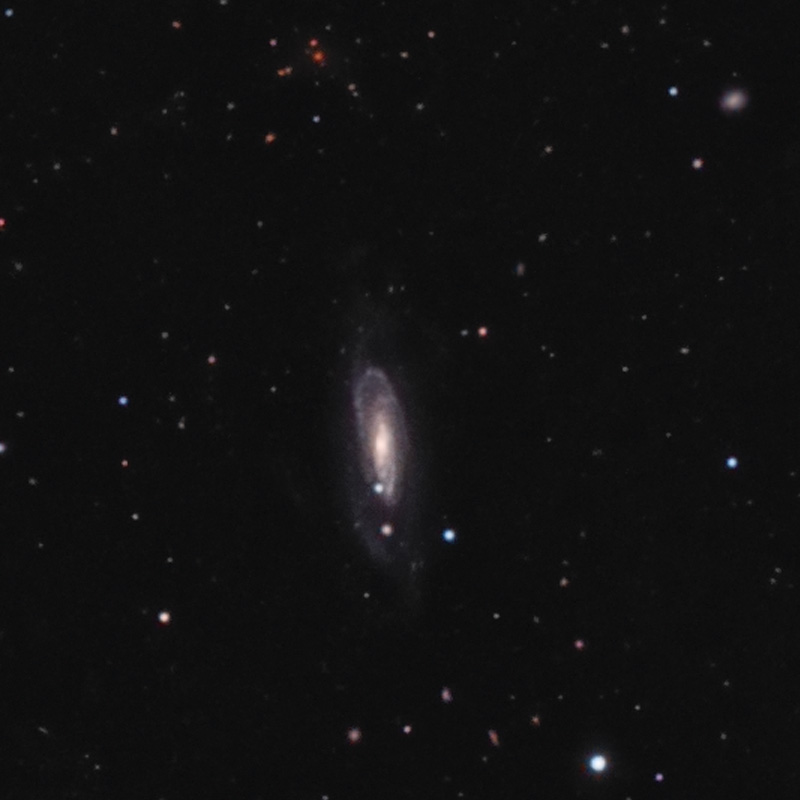 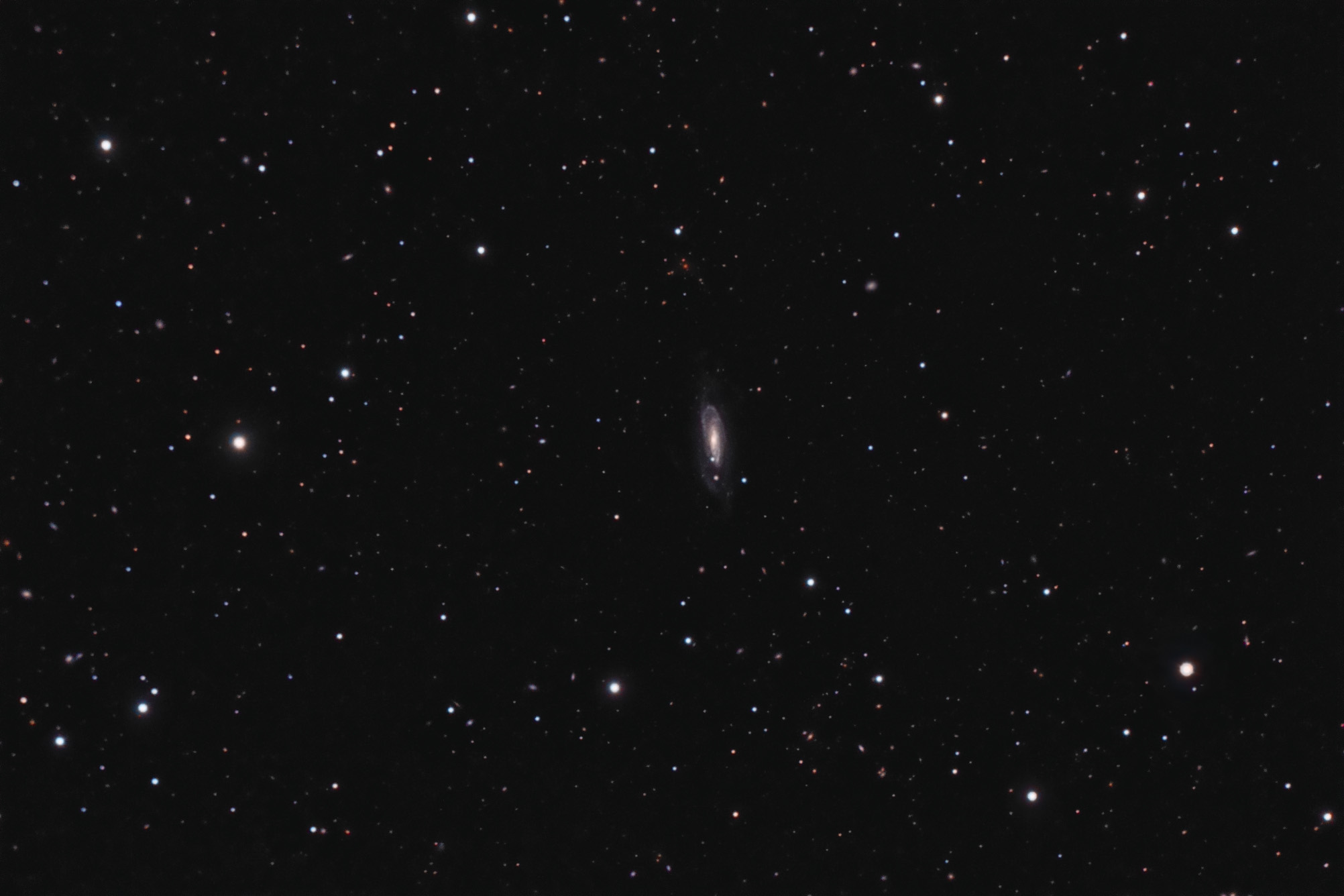