M5 is a great globular cluster in Serpens Caput though you\'d not know it from my data starved image. Notes indicate clouds were a major issue though so was my ignorance on how to take a globular cluster back in early 2007. To my eye in my 10\" scope, it always resembled a crab with an oblong body and star streams forming the legs and claws. None of that is seen in any image I\'ve seen, however. Some sources put its age at nearly the age of the universe, about 13 billion years. Since most put the age of our galaxy as younger than this either the globular isn\'t as old as thought or it was captured when we tore apart and ate some other even older but smaller galaxy. I vote that it\'s not quite as old as the 13 billion years often ascribed to the globular. The cluster is about 24,500 light-years distant. It contains an unusually large number of variable stars, at least 105 are known most of the RR Lyra type.

The cluster was first seen by Gottfried Kirch and his wife Maria Margarethe while observing a comet on May 5, 1702. They described it as a \"nebulous star\". Messier made an independent discovery on May 23, 1764 describing it as: \"(A) Beautiful Nebula discovered between the Balance (Libra) and the Serpent, near the star in the Serpent, of 6th magnitude, which is the 5th according to the Catalog of Flamsteed (5 Ser): It doesn\'t contain any star; it is round, and one sees it very well, in a fine sky with an ordinary refractor of 1-foot\". Note that in those days longer refractors had less color so were better than short ones. Aperture, due to the difficulty of getting good glass wasn\'t really recognized as important in refractors of the time. Later on March 11, 1769 he used \"... a good Gregorian telescope of 30 pouces, which magnified 104 times, and I have ensured that it doesn\'t contain any star.\" That may not have been such a good telescope by today\'s standards though what is a 30 pouces telescope? I think it means a scope of about 30 inches in length so again aperture isn\'t known. (I\'m relying on my over half-century old high school French which may be very wrong.)

As mentioned this is a data-starved image of only 7 minutes exposure time through clouds so severely limited. Notes indicate that but for one L and one color frame, all were taken different nights trying to get something through the clouds. Still, it shows more than is seen visually, at least in any telescope I own. 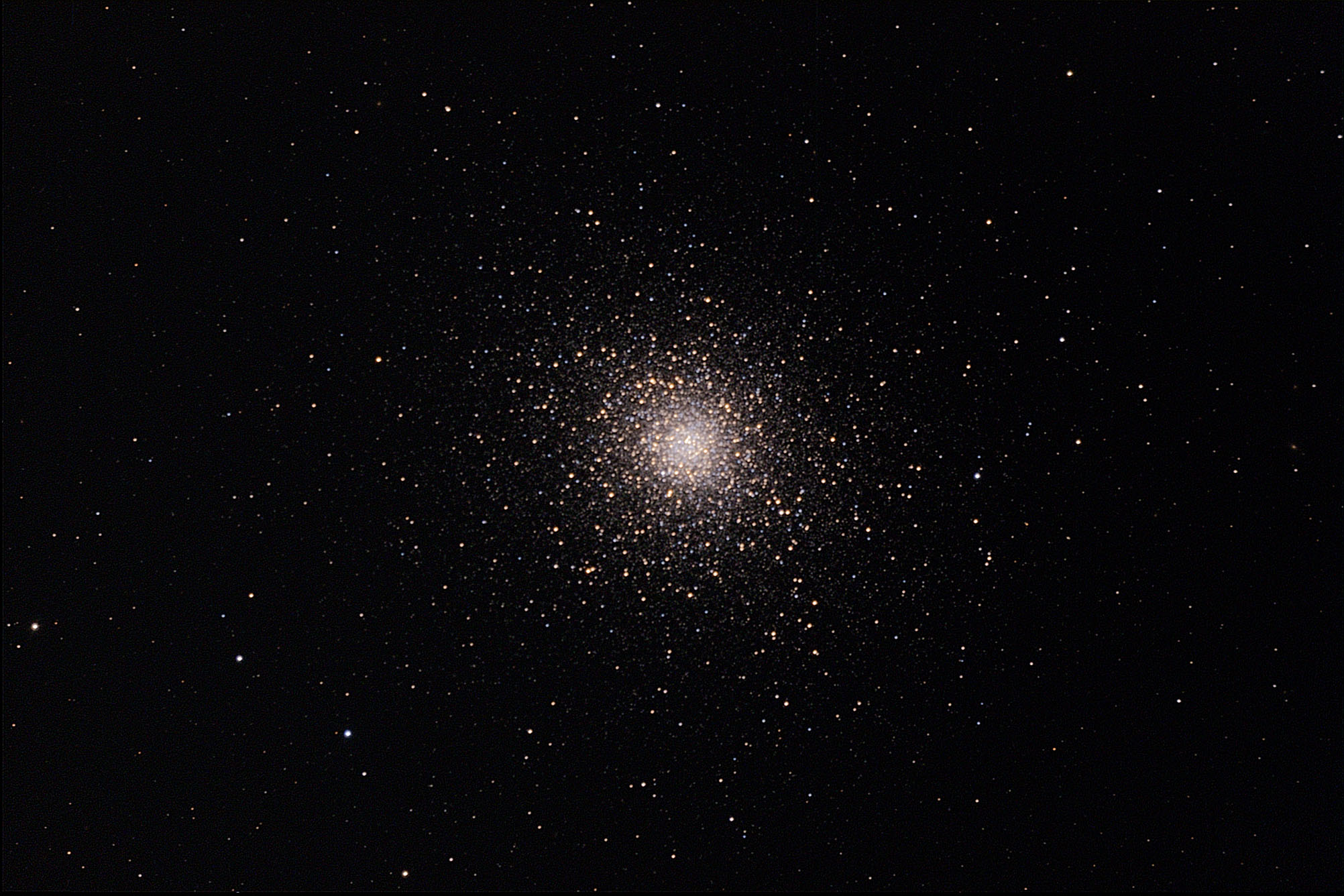