M17 is a Nebula in Sagittarius that is below my -15 degree cut off but I hadn\'t made that \"rule\" in 2006 when this was taken. The Nebula goes by many names including Swan Nebula, Horseshoe Nebula and even Lobster Nebula (mostly by southern hemisphere folks). It is thought to be about 5000 light-years away. It is one of many star-forming regions seen in this part of the Milky Way, that is, looking toward the galaxies core. Others are M16, M20 and M8 to name a few, most too far south for me to catch but as fuzzy blobs as seen from this far north.

This was a very early attempt at color processing a nebula. I had no idea how to do it and found an online tutorial that I tried to follow but came up with a very blue nebula. I found another that gave me a totally red nebula. Both very wrong compared to online images of the time. Turns out those videos were by less than major imagers and left me with poor color. For this version, I\'ve mixed the two at about 50-50 and the color of the nebula is a good match to today\'s RGB images of the nebula. The blue region is rich in OIII and H beta light and is what is seen through an eyepiece as the eye is very insensitive to H alpha red but very sensitive to OIII and H beta.

Stars, however, are very poor as to color. I do need to reshoot this one now that I understand all the mistakes made in taking color data back in 2006 and 2007.

The nebula was discovered by Philippe Loys de Chéseaux in 1745. Messier recorded it on June 3, 1764. 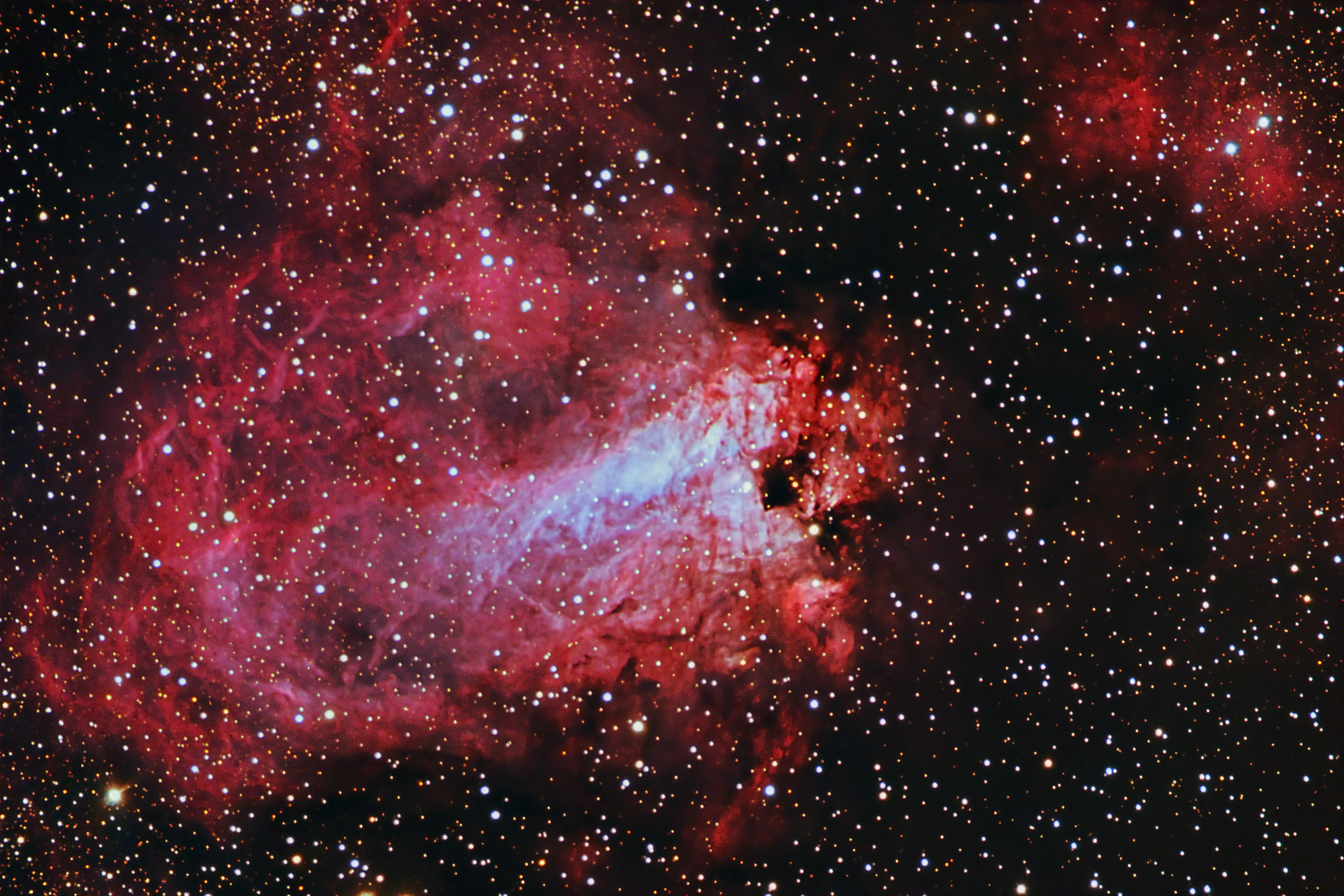