My image is rather poor. This object is located at about -24 degrees. My seeing goes to pot about by -15 degrees. I finally had an extremely good night so gave it a try. At higher declinations, stars were about 2\" of arc in size or smaller in some cases but down low it was about 3.25\". Far worse than I normally would process but likely the best I\'ll do from this location.

I\'d hoped to see the planetary but only its central star shows. The nebula is lost in the large size of about 7\" of the central star. It just won\'t show at my latitude, too much atmosphere to distort the image. It might show in an OIII image but I don\'t have that filter. It contains no hydrogen so H alpha is useless on this planetary. It\'s also strong in IR but my sensor has little IR sensitivity so that doesn\'t help either.

Stars are rather elongated due to atmospheric refraction. This low I really need to use a pseudo luminance image made from the RGB frames aligned to eliminate the chromatic refraction of our atmosphere this low. I did do that for the RGB part of this image. This resulted in smaller stars in the RGB image even though they were taken at 1.5\" per pixel than I had in the luminosity image at 1\" per pixel. But I took too few and too short RGB images to get a sufficient signal to noise ratio to use these as a pseudo luminosity image. I may go that route if I ever get a good enough night. Actually, it would take nights as I can only image this one for about 2 hours at best thanks to my Meridian Tree being in the way. I have an hour or so on either side of the tree before it gets so low seeing is really awful. If I could cut down the tree (that\'s illegal) I\'d have nearly 4 hours of image time a night not 2 and those additional hours would be in the best seeing. Where are those beavers anyway?

Messier recorded this on in 1764 he credited its discovery to Abraham Ihle on August 26, 1665. Ihle left no records to help confirm this though he was a contemporary to Hevelius who got most of his information on new objects from Ihle and Hevelius did mention this globular. Others, including Halley and De Chéseaux, gave credit to Ihle as well. Though some in England claim it was the English astronomer Abraham Hill that first saw it and Messier spelled the name wrong. Few accept this idea, however. 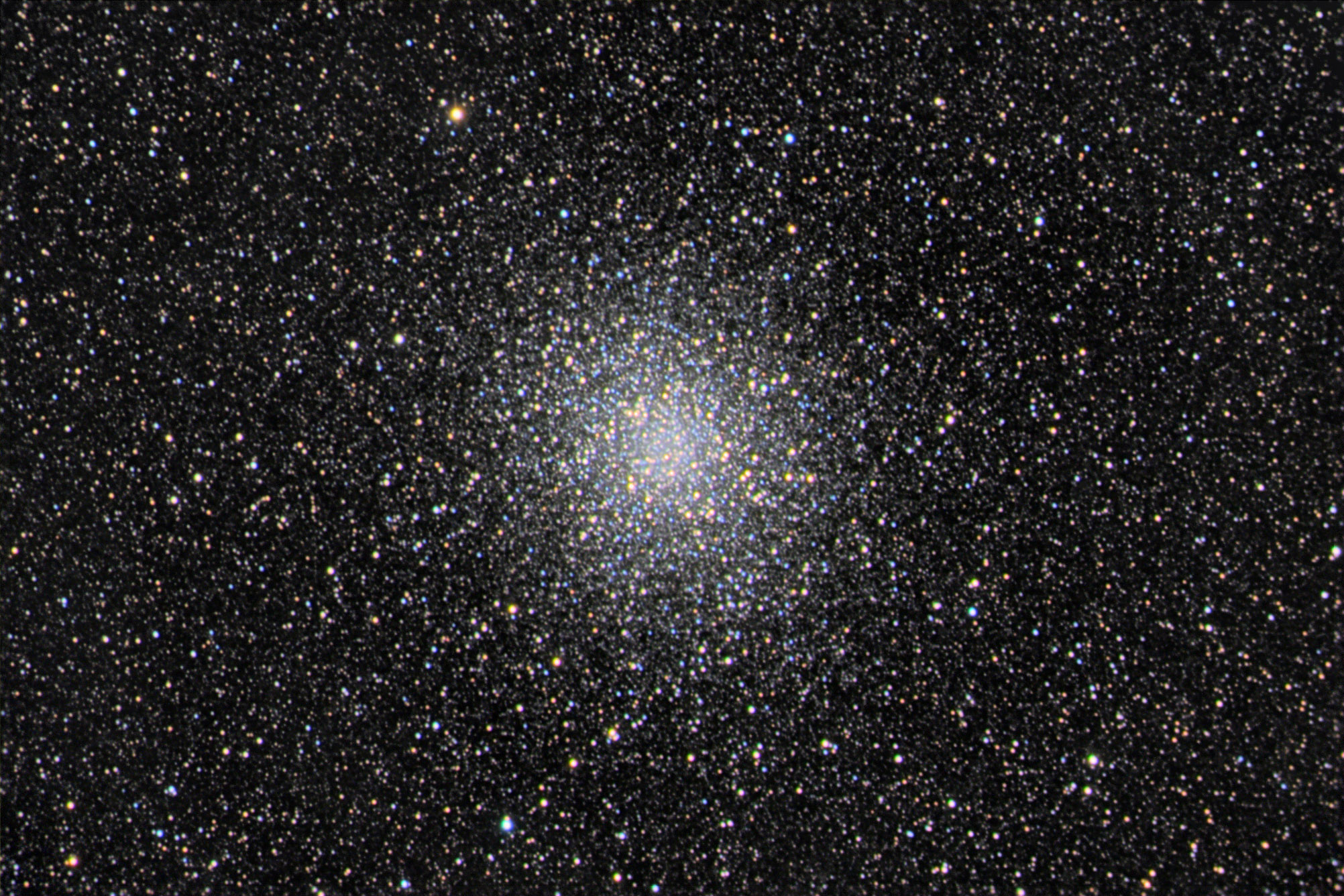