M26 is an open star cluster in Scutum not far below much more famous M11. Its Trumpler class is I1m which means; detached with strong central condensation, star of nearly same brightness and 50 to 100 stars. I\'m not seeing the first two in my image. Especially all stars being of about the same brightness. Maybe visually in a 6 to 8 inch telescope that might be the impression but it sure isn\'t what I see in my image. Other sources however disagree. I quoted the Sky Catalog 2000. Trumper himself says II2r saying it is less concentrated and stars are somewhat different brightness but there are more of them. Götz says II3m says it stars are even more far-ranging in brightness and we are back to 50 to 100 of them rather than more than 100. And you thought this was an exact science.

Like many M objects, this was taken before I really had any understanding of what I was doing. It is severely underexposed with one fourth the luminance data I\'d use today and half the color data. Since the exposure times were only 5 minutes a frame the read noise is not buried in sky noise adding to the problems. Another I need to redo but likely never will. Compare my image to that of the NOAO image taken with this telescope, a bit larger than mine. http://pari.edu/wp-content/uploads/2016/04/Burrell-Schmidt-02364a.jpg Their best image https://www.noao.edu/image_gallery/images/d2/m26.jpg taken at about the same image scale as mine. One obvious difference is they left color natural. I tend to push colors somewhat to better distinguish the various star colors of clusters and bring out features in nebula and galaxies often lost due to insufficient color. Still, their image is more correct as to color saturation. Otherwise, they show little I don\'t. Again I severely underexposed my image. Apparently, they did too.

M26 is usually said to be about 5000 light-years distant and give an age of 85 to 90 million years making it a rather young cluster. 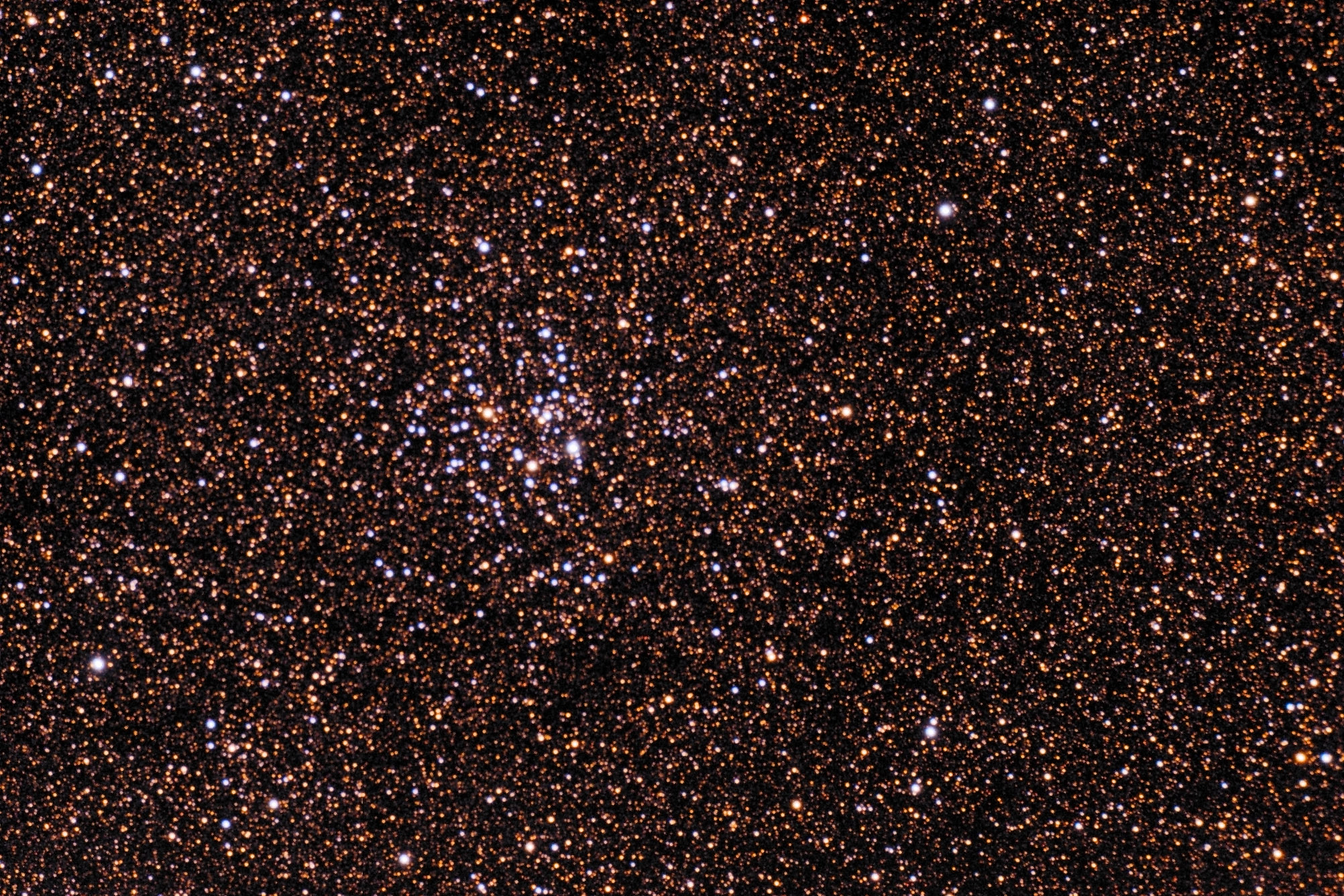