M27, the Dumbbell Nebula is located in the faint constellation of Vulpecula the fox. I\'ve never seen it looking like a dumbbell though many apparently do. It was discovered by Charles Messier July 12, 1764. It was apparently the first planetary nebula ever found but it wasn\'t recognized as that until William Herschel coined the term for some other planetary nebulae he saw. He gave them that name as they looked a lot like Uranus that he had found earlier being a small blue-green disk. M27 if far larger then these being much closer. SEDS puts it at 1250 light-years distant. Other distance estimates are as close as 490 light years. Most put it about 1200 to 1400 light-years.

Its diameter is often listed as 8 minutes of arc. At a distance of 1250 light-years that makes it about 2.9 light-years across. But that is just the bright oval\'s size and missed the huge halo around it. That is best seen in OIII light which I can\'t do. I did try Ha light and picked up parts of that halo though being this was my first attempt to merge Ha and LRGB data I did it wrong leaving no color in this outer part, or some of the detail inside for that matter. I need to redo it but being so old I will have to dig out the hard drive with that data from under the stairs which I haven\'t had time to do as yet. I measure the outer halo at 14.6\' for a size of 5.3 light-years. I\'ve not heard of anyone seeing this halo visually so the part you see in a telescope is a bit under 3 light-years across assuming a distance of 1250 light-years. This is rather large for a planetary nebula.

I\'ve attached two versions. One pure LRGB and the other cropped with H alpha data added rather incompetently but at least it helps some. The data was taken on October 28, 2006 only a couple months after I started to try to put color images together and had no idea what I was doing. I cleaned them up a bit but didn\'t correct the major processing errors I made. Also, it is severely LRGB exposure time starved so quite noisy. 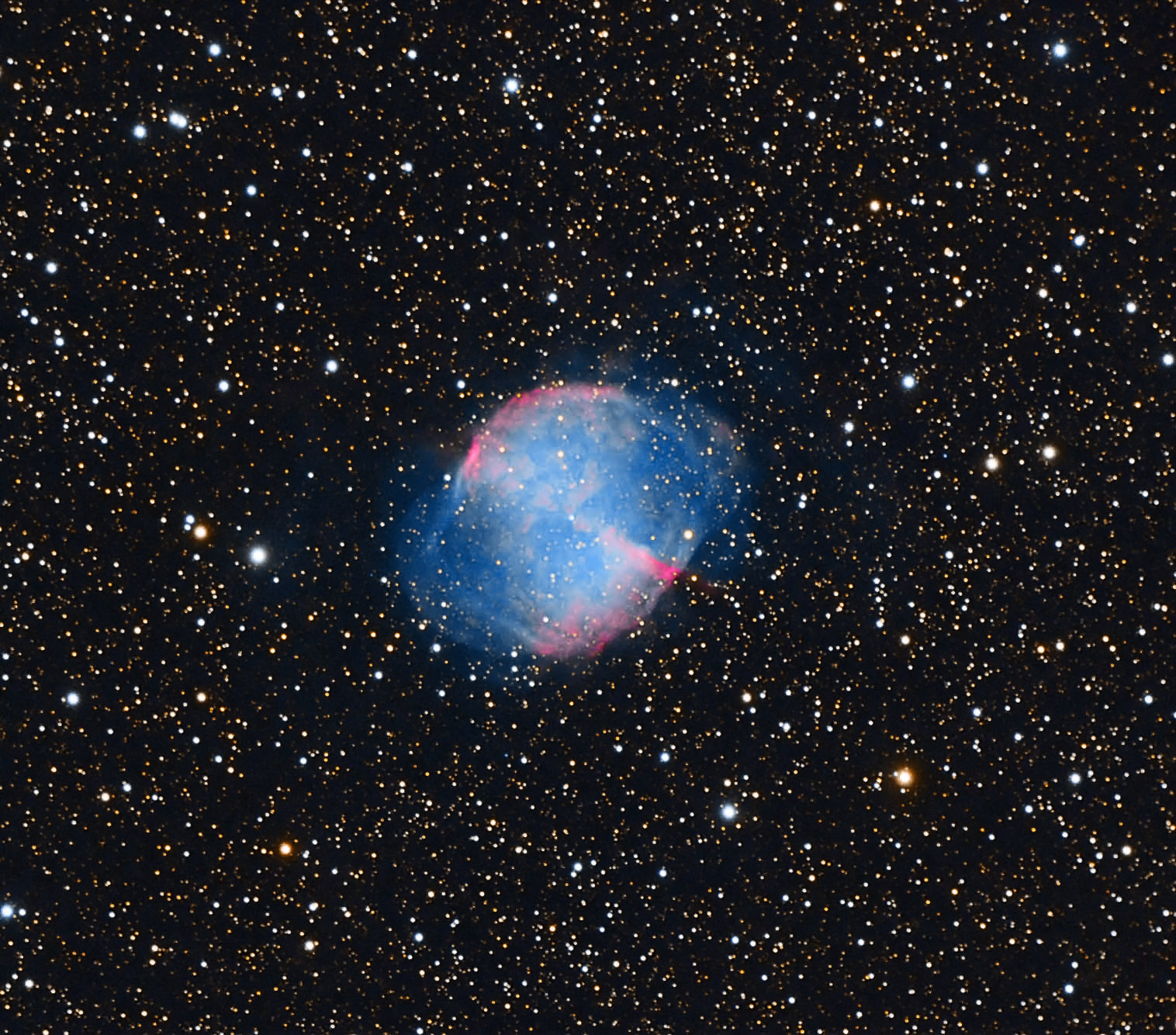 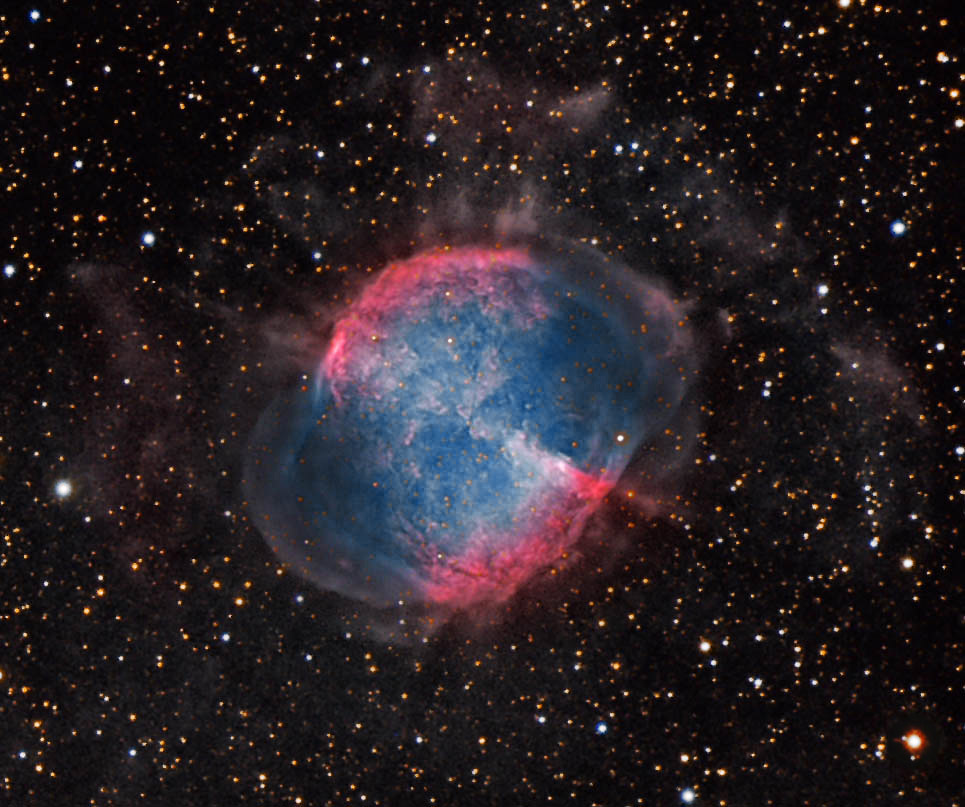