M30 is a globular cluster in Capricornus about 26,000 light-years distant. At -23 degrees it is really too low for me to image but being an M object I had to give it a try. I gave up waiting for a really good night and settled for one with fair seeing but not so good transparency. Color data is somewhat suspect due to this as well as how low it is. Being so low my window to image it is short. I settled for half my normal color data and 25% less luminance as nights for imaging so low are very limited. I have to image between trees and fight the wall of the observatory. In fact for the blue image, the wall blocked a considerable portion of my aperture. I tried several more times for the blue data but seeing never cooperated always being very poor.

M30 is one of the Messier objects that Charles Messier actually discovered, recording it on August 3, 1764. He saw a round nebula with no stars. It was not resolved until William Herschel managed to do so in 1784. Considering he was looking from an even higher (not by much) latitude than I work at that was no minor feat. Today it isn\'t all that difficult to resolve thanks to our much better optics.

M30 has only 12 variable stars. Most globulars have far more. Why it has so few I couldn\'t learn. It has a very dense core. I had to use a radial mask over the core when stretching the image to prevent the core from burning in and becoming just a blob. I was surprised by the rather high number of blue stars and lack of color in the others. This might be due to how low it was. That normally creates unusually red stars, not blue ones. I suspect the observatory wall has something to do with my color issues. I still have it on my to-do list if the seeing and transparency allow me to get more data.

The dense core is the result of it being a core collapse globular. For more on what this is and M30, in particular, there\'s a good video on YouTube by Dr. Meghan Gray.
http://www.youtube.com/watch?v=EAREyfd0Gmg 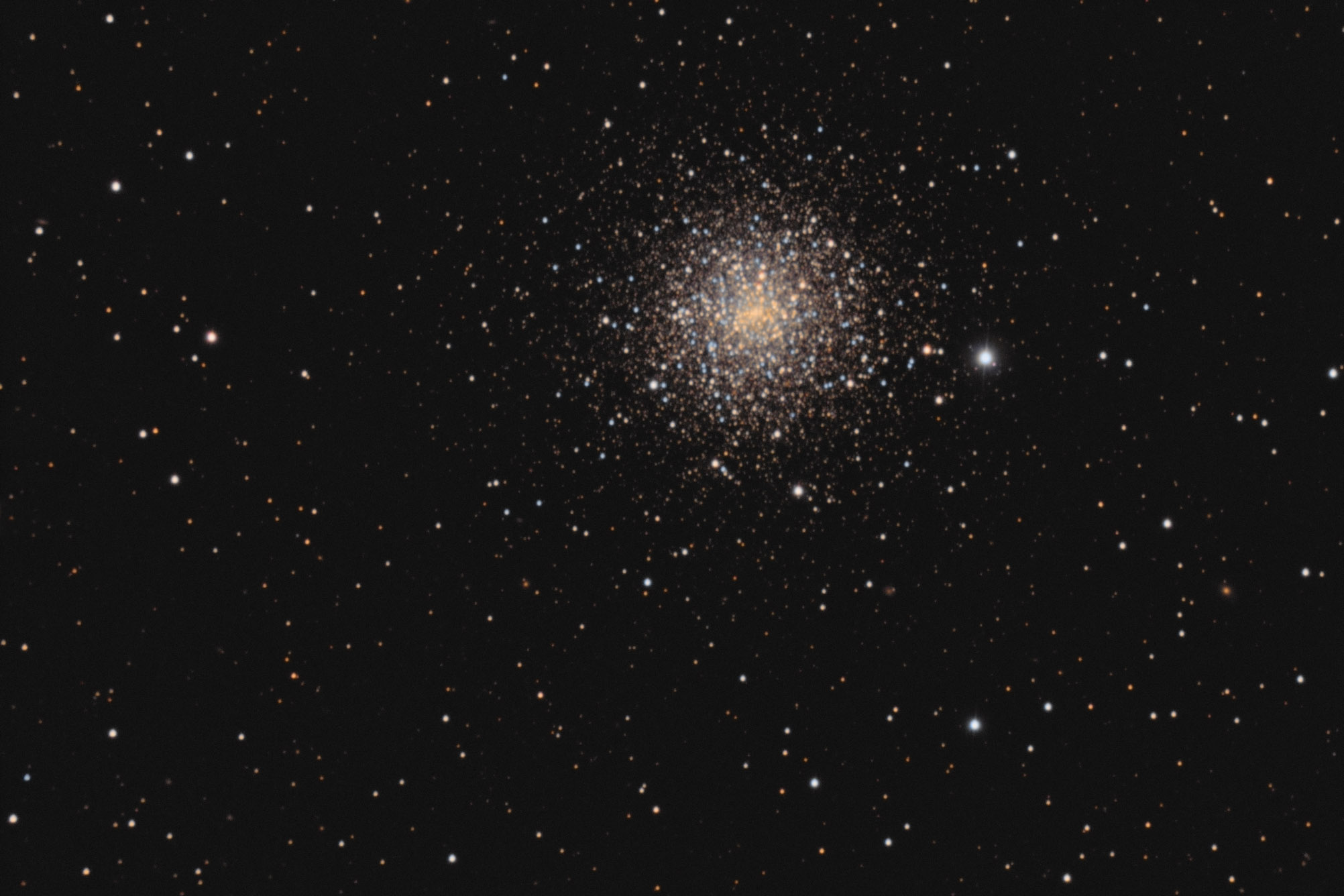 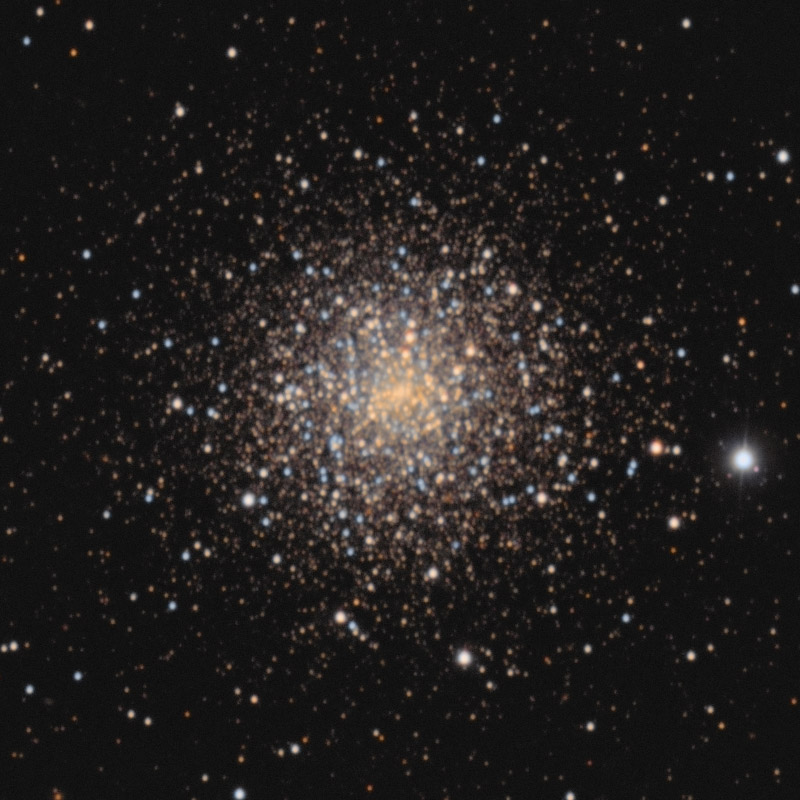