To try and find this nearly invisible plume I exposed for several hours but skies were awful. Only 4 frames had decent seeing and halfway usable transparency. I didn\'t realize this at the time as I looked only at the first and last of the series and they looked good. But CCDSoft\'s auto histogram stretch can hide a lot. I didn\'t realize the first frame had 8 times the light throughput as the last. I ended up using only 4 of the series as that gave the best image. Including more just made the plume even harder to see. Note this was taken the day before my high resolution C179 image and seeing was very good. Good enough to have binned 1x1 but I wanted the added speed of the 2x2 binning. That was a good choice as only 40 minutes of 1x1 binned data wouldn\'t have been as good due to added read noise. The color data was useless due to clouds so used the same low resolution data I used for the previous C179 shot. It wasn\'t as bad of a match for this image so worked somewhat better.

In the raw data, M32 goes to the far lower left corner of the image. When stretched to bring this out the plume vanished into the background of M31. Probably why few are aware of its existence. Since this outer part of M31 is very blue but the plume from M31 rather red I dimmed down the blue parts of M31 in this area letting the redder features remain. This makes the plume visible though I\'m not sure it is curving like Arp says. I don\'t see the curve on his image either.

Some of the same features on my close-up of M32 are seen in this lower resolution image. Many other features beyond the edges of that image are seen as well so I\'ve prepared an annotated image showing these as well. A few on the edges are shown on both but most Objects already shown on my C179\'s annotated image are not included for the most part. Also, see that for details on the labeling scheme used. See the entry for C179 for this image.

To take out the bad taste left by the above fiasco scan down about halfway to the bottom and you\'ll find a small round red blob. That is listed by NED (coordinates match!) as a Super Nova Remnant they call MLA 0266. Looks like it would be grand as seen from a few thousand light years rather than a few million.

Arp\'s image, apparently with the Schmidt camera, not 200\" (at least his resolution is well below mine) and rotated so east is up rather than north is at:
http://nedwww.ipac.caltech.edu/level5/Arp/Figures/big_arp168.jpeg 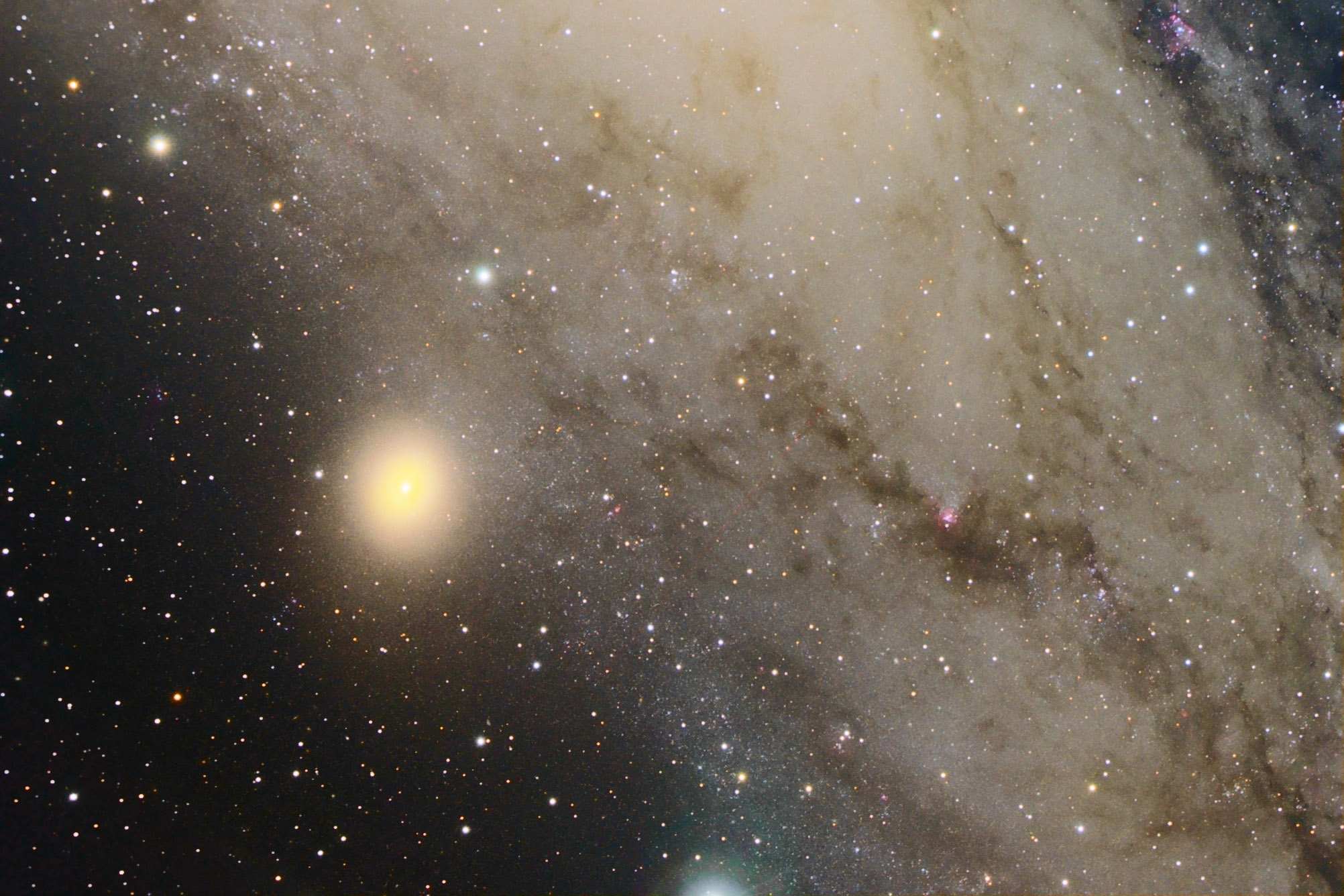 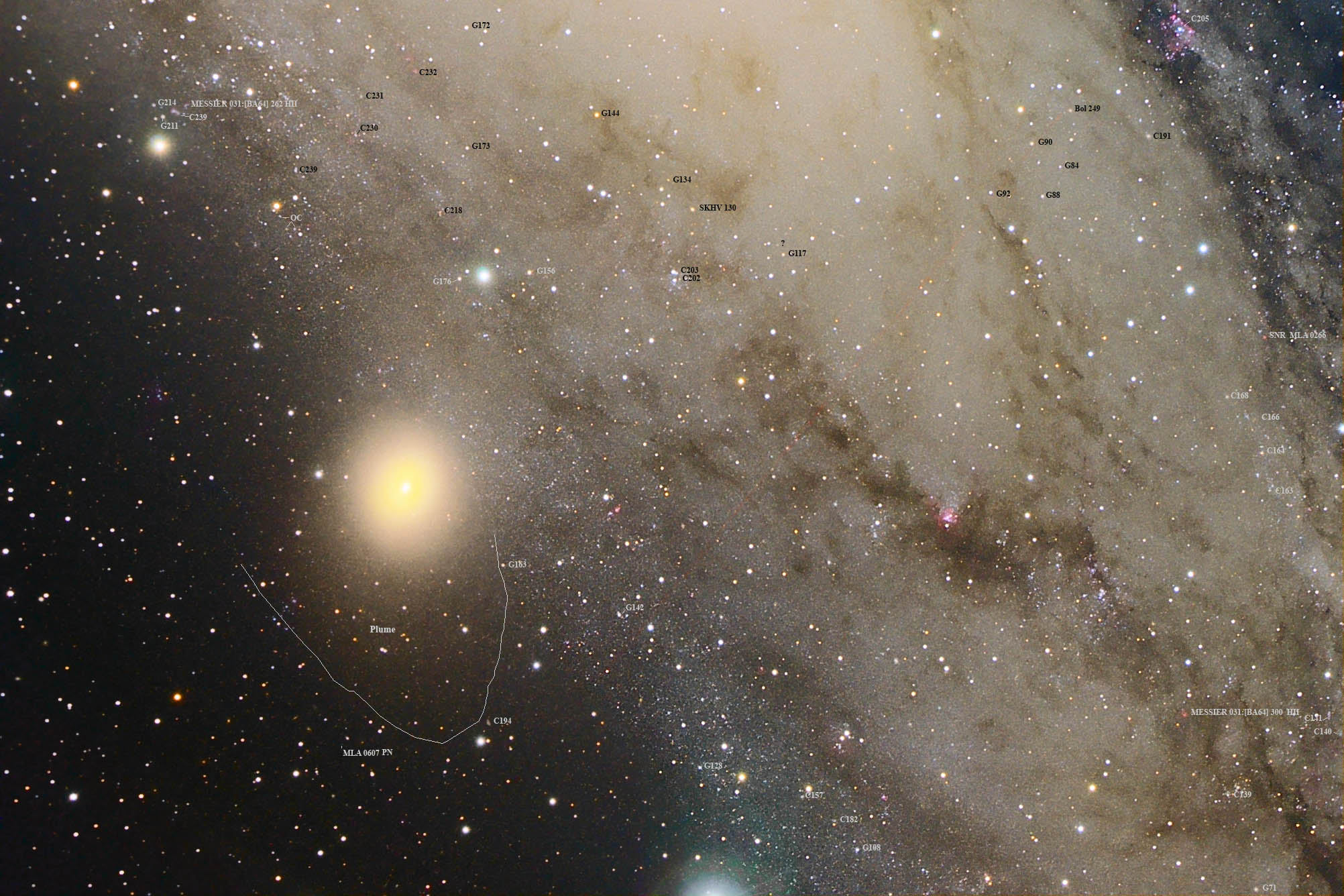