M34 is a rather poor open cluster in Perseus about 1400 to 1600 light-years distant depending on the source. It is classed as II3m or I3m again sources vary but I vote for I3M as it seems to really stand out. Its age is about 177 to 200 million years also depending on the source. It still has some really blue stars for its age. Being a small low mass cluster it likely will soon be ripped apart by the galaxies tidal forces with the stars unrecognizable as a cluster.

The cluster was first seen by Hodierna but that was lost to history for 300 years. It was then found by Charles Messier on August 25, 1764.

Like many Messier objects, this is a very early attempt at digital imaging and processing. Also, it was taken when I used filters that put blue halos around bright stars, even those not blue. I eventually learned how to process those out then tiring of that spent the money for much better filters. My poor skills of the time show and again is one I need to reshoot or at least reprocess but it\'s unlikely any time soon.

There are a lot of galaxies in the background. I really should prepare an annotated image but that will have to wait until and if I reprocess it. Near the bottom, a bit right of center is a bright blue star with a galaxy to its upper right. Directly above the blue star is a white star with an asteroid trail going nearly north and south unlike most trails that are mostly east/west. It has a break in it. I don\'t know why as I left no notes and the raw files are on a stored hard drive not easily accessed. In any case, the asteroid is 133036 2003 AX2 according to a note I left myself. 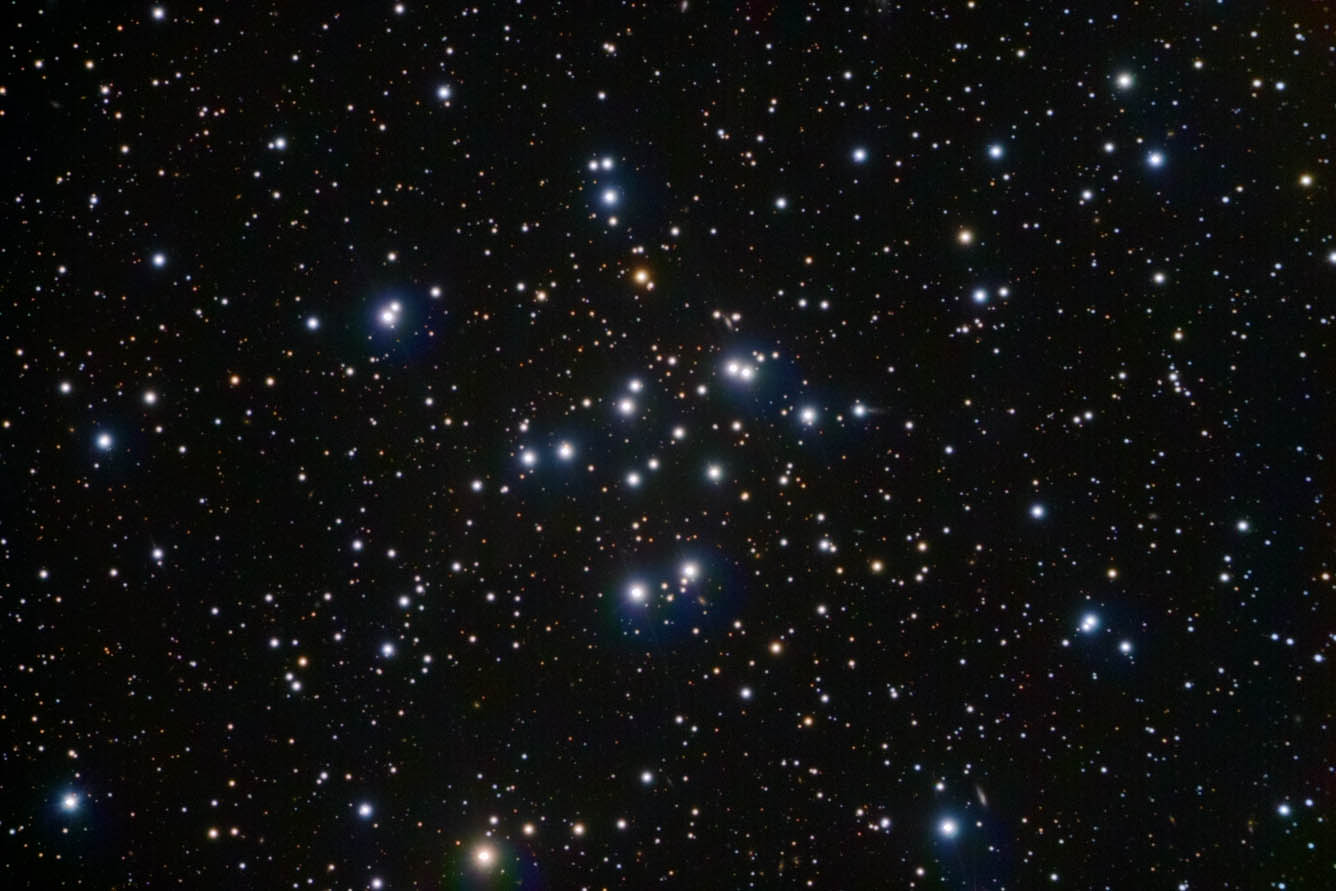