M35 is one of the more famous open clusters in the northern sky. Oddly I never imaged it until March of 2017. Its size is greater than my field so I figured it not worth the effort but checking I found the majority of its stars would fit into my field so decided to go for it on a very poor night of seeing.

I\'d made some modifications to my ancient STL-11000XM camera that were supposed to cure some ills I\'d had. One, ice cream cone stars is still there though not nearly as bad. I will have to adjust the pot again to fix those. In the process, I managed to get a smudge on the luminance filter that put spikes on some of the brighter stars. Both created processing challenges I\'d not expected to deal with. Nothing a small adjustment to a pot and a filter cleaning won\'t cure. Otherwise, I\'m happy with the changes.

M35 is a big and bright cluster because it is so close and many of its massive stars are still shining brightly on the main sequence though it appears two have turned into red giants. I don\'t recall seeing those as red visually. Guess I\'ll have to take another look once the skies clear. WEBDA puts its distance at 2660 light-years, SEDS says 2800, either is very close as cluster\'s go though the winter sky much closer ones like M45 and the Hyades Cluster, both far too close and thus too large to fit into my field of view until I get a wider field instrument. WEBDA puts the age of M35 at about 95 million years with only a very slight reddening (0.26 magnitudes) as it is so close there\'s not much dust between us and the cluster.

The cluster\'s discoverer is a bit murky. We do know Philippe Loys de Chéseaux saw it sometime in 1745 or 1746. John Bevis recorded it in his Uranographica Britannica which he published in 1750. Did he see it before Chéseaux? He definitely made an independent discovery. Messier recorded it on August 30, 1764 giving Bevis credit for bringing it to his attention. Chéseaux was a Swiss astronomer who Messier seems rather unaware of. The debate of who found this one continues. Bevis was an English astronomer. Much of his work was lost when only fragments of his Uranographica Britannica were published due to the bankruptcy of his publisher. He may be the only astronomer who ever saw one planet occult another when Venus occulted Mercury in 1737. 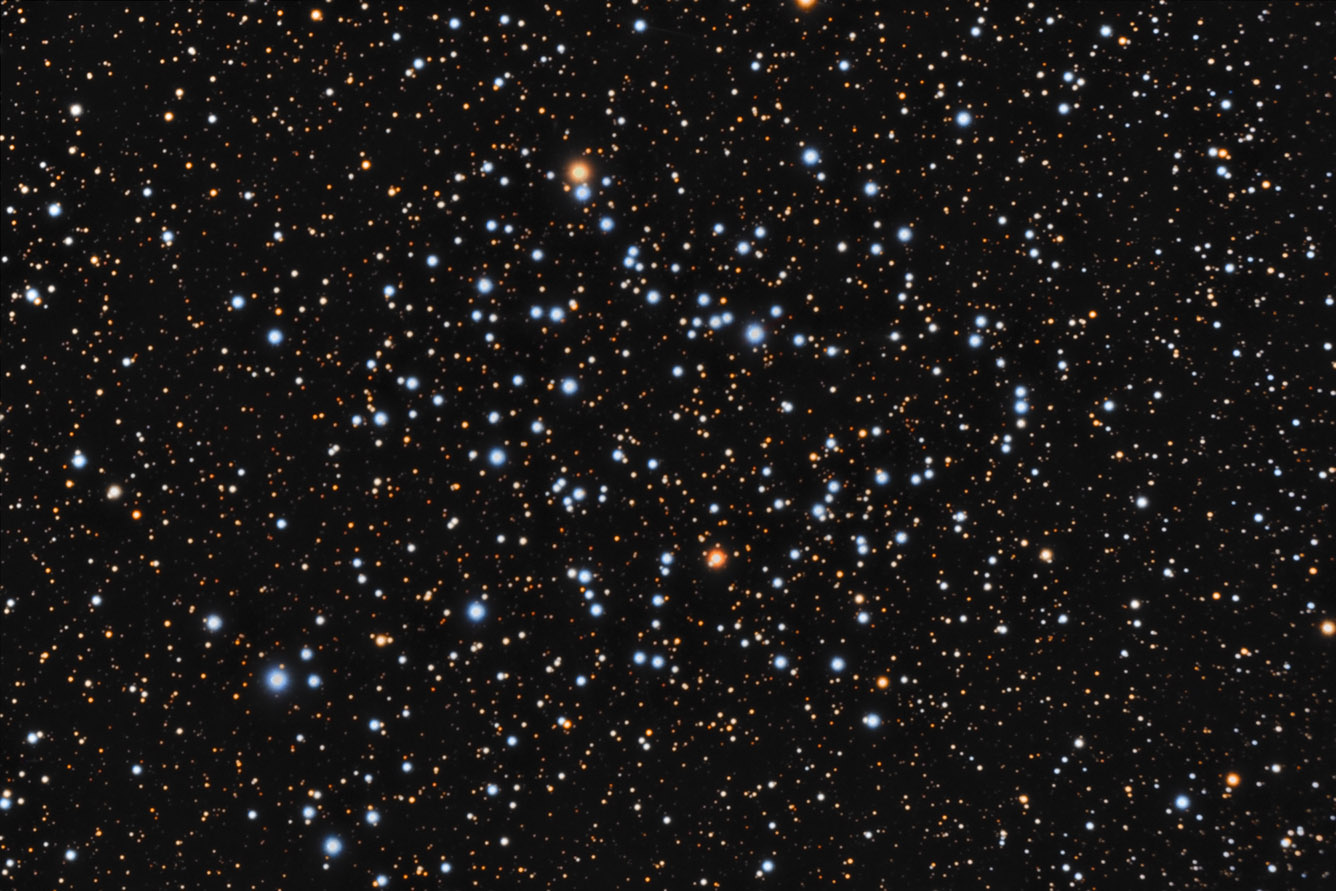