How many of you have imaged the Holoea and never knew it? I know I did several times in my film days, though it barely shows in my film images with my 10\" f/5.

Holoea is a rare YSO in M36. Holoea is a Hawaiian term that means \"flowing gas\" (likely a volcanic term). This is descriptive of the gas flowing out from a YSO (Young Stellar Object). It is thought to be a protostar in the process of becoming a pre-main sequence star. This is a very short event astronomically speaking so rarely seen.

From the introduction to one paper on this topic:
\"The transition between a Class I and a Class II source (Lada & Wilking 1984) is one of the less well-known phases in the life of a Young Stellar Object (YSO). This period is also one of the most interesting in the evolution of a young star as outflow phenomena, which may determine the final mass of the star and process the material in the surrounding molecular cloud, are particularly active at this stage. However, only few objects are known at or near this boundary between protostar and pre-main sequence star, limiting our possibilities to gain more insight in the physical mechanisms behind this rapid transition. Recently a nebulous object, Holoea (IRAS 05327+3404; Hawaiian for flowing gas), was discovered which shows some characteristics of a Class I source (flat spectrum, outflow), but also has some Class II characteristics (optically visible central star). This object has increased its optical brightness over the last 50 years, suggesting that it is in the process of becoming exposed and making the transition between a protostar and a pre-main sequence star (Magnier et al. 1996, 1999). Guided by the observed properties of Holoea, we have therefore performed a systematic search for additional candidates for the group of transitional YSOs, the results of which are presented in these proceedings.\"
http://arxiv.org/PS_cache/astro-ph/pdf/9912/9912235v1.pdf

The best link for this isn\'t working as I type this. http://kiawe.ifa.hawaii.edu/eugene/science/YSOs/holoea/ Maybe it will be working by the time you read this. The server seems to lock up quite often and times out before loading the page.

The age of M36 is usually given at about 25 to 30 million light-years. So is Holoea part of the cluster? WEBDA puts the age of M36 at about 30 million years it would seem all stars formed long ago and thus Holoea is not likely a cluster member.

The most common distance given for M36 is 4100 light-years which is apparently copied from the SEDS Messier page, though the WEBDA says 4300 light-years. The cluster was first discovered by Hodierna before 1654 then by Le Gentil in 1749 and recorded (likely from Le Gentil\'s records) by Messier on September 2, 1764.
SEDS info: http://messier.seds.org/m/m036.html

The cropped image is at 0.67\" per pixel is centered on Holoea. It looks like a small comet. I\'ve also included a mono image of it in my red, green and blue filters showing how little blue light it emits. 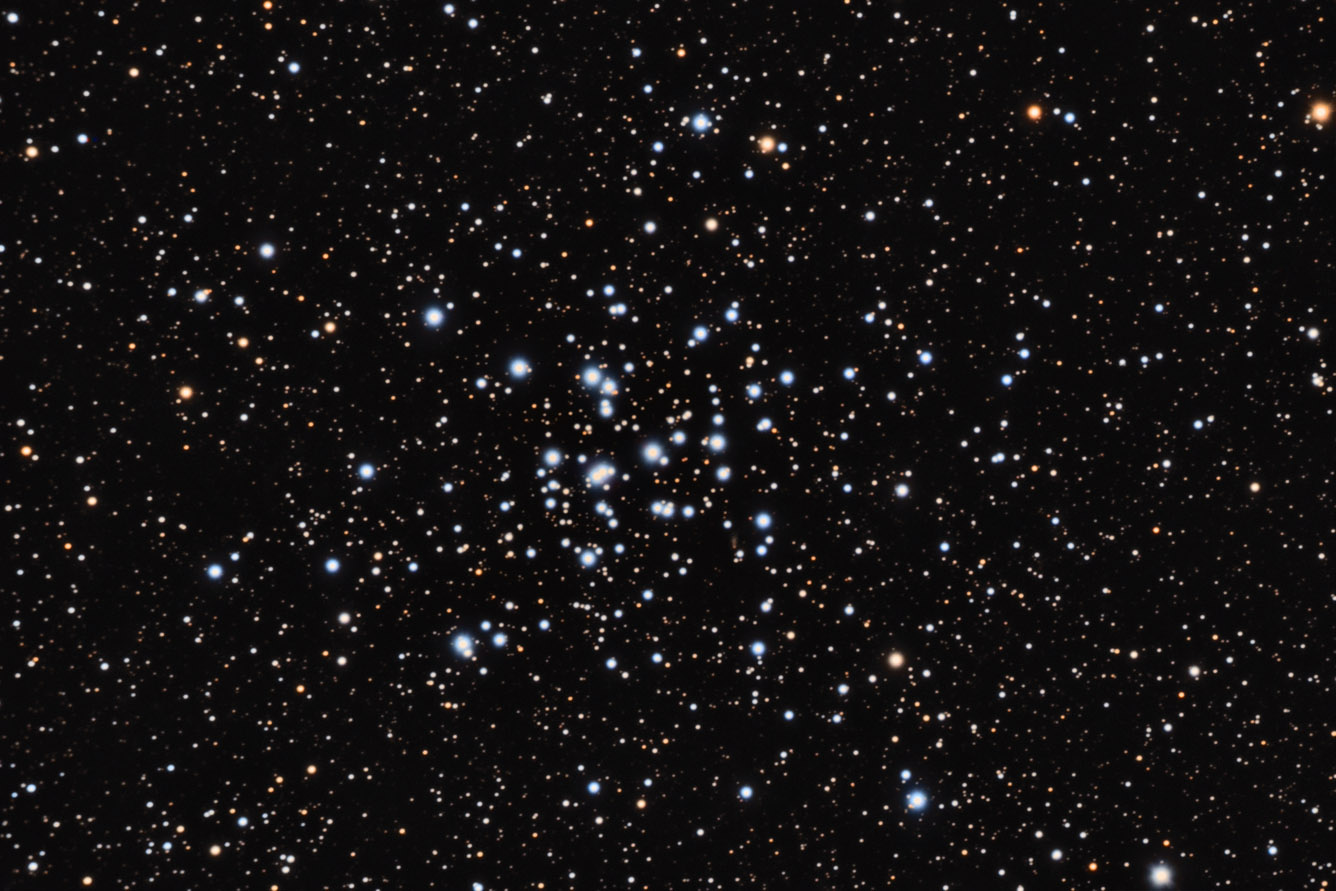 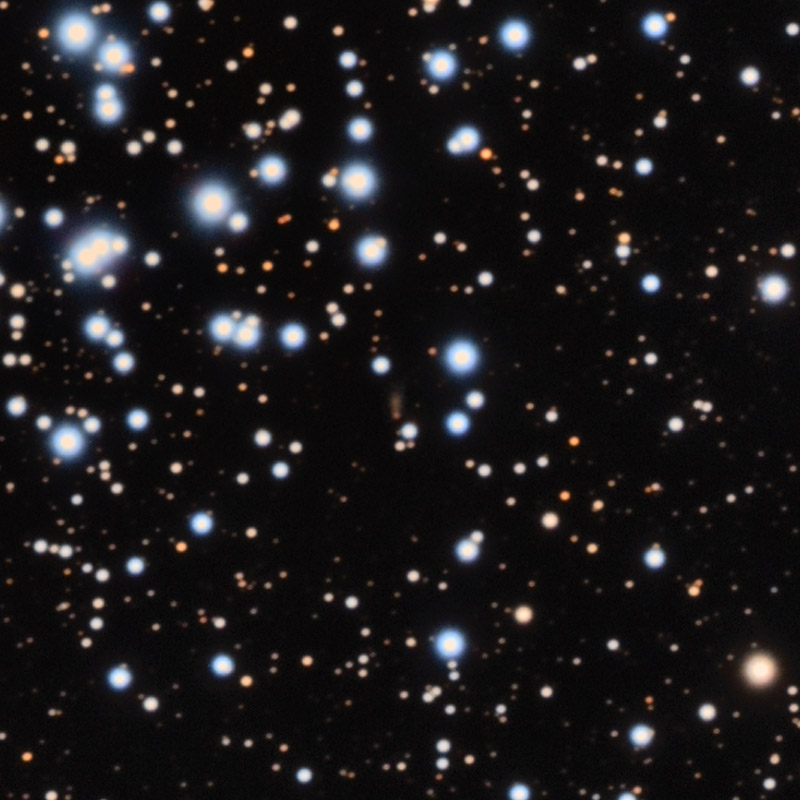