M37 is an often viewed open cluster in Auriga with an orange star near the center. I reproduced this with most of the background stars dimmed so it is much more like what you see in a scope (faint stars don\'t show color). If you look closely, in the upper right corner area, you\'ll see the red, green (and faint) blue trace of an asteroid. It is 15th magnitude, about the limit for a 14\" scope used visually so I used it to set my limiting magnitude for the photo though moving it is harder to detect than a 15th mag star would be so this shows somewhat more stars than you\'d see visually. The asteroid has the name \"Satpaev\". The naming citation for it reads:
(2402) Satpaev = 1979 OR13
Named in memory of Kanysh Imantaevich Satpaev (1899-1964), outstanding geologist. As president of the Academy of Sciences of the Kazakh SSR he contributed much to the development of astronomy in Kazakhstan.

While M36 and M38 were discovered by Le Gentil he somehow missed M37. But the Sicilian astronomer Hodierna did find it sometime before 1684. See my entry for M38 for more on this contemporary of Galileo who worked valiantly with a much inferior telescope to the improved version Galileo came up with. Since his work was lost for 3 centuries the discovery actually goes to Charles Messier this time who found it on September 2, 1764.

This was one of my earliest cluster images when I really didn\'t know what I was doing. At the time I made the excuse I was processing it to look somewhat like the visual appearance it was mostly due to my ignorance and a problem I had at the time preserving star color unless the exposures were very short. Another of many early images (often Messier catalog entries) I need to retake but likely never will. It is displayed at 1.5\" per pixel rather than my usual 1\" per pixel. 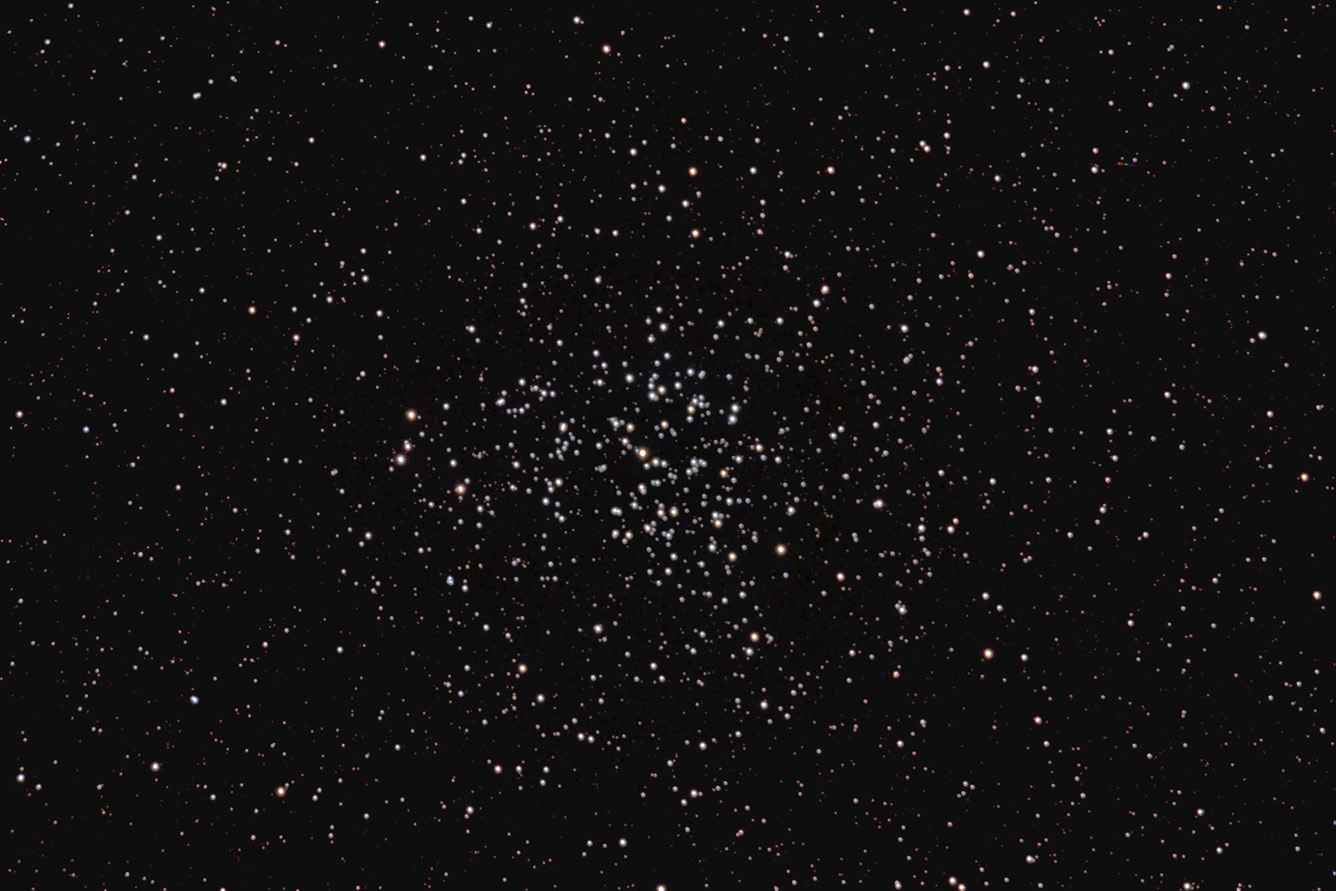