M53 is a globular star cluster in Coma Berenices hiding among all the area\'s galaxies. It is a rather unusual globular in that it is rather old at over 12 billion years. Since most, if not all, of a globular cluster\'s stars formed when it did only yellow to red stars, should remain. Its blue stars having died billions of years ago. Yet it is full of blue stars of a type known as blue stragglers. In most globulars, some of these exist, usually near the core where star density is high. It is thought due to the extremely high star density some collide, merge and become massive hot blue stars -- blue stragglers. But in the case of M53, these stars can be found throughout the globular rather than concentrated in the core. One possible explanation is that these blue stragglers are due to the cluster having a high density of double stars in which the more massive star\'s gravity pulls material from the companion growing to the mass needed for a blue star. Also, it is chock full of red giant\'s. Both are quite obvious in my image with the yellow, orange and red giants scattered about same as the fainter but more numerous blue stragglers. Again the number of these giant stars is higher than expected. Probably due to blue stragglers running out of fuel and expanding into red giants. This would explain their similar distribution. Though this is my idea, I found little on this.

The cluster is now thought to lie about 58 to 60 thousand light-years from both the sun and the Milky Way\'s core. When I took this image back in 2008 most sources put it at about 48,000 light-years so the change caught me by surprise when I went to write this up in 2017. It was discovered on February 3, 1775 by Johann Bode. Messier found it himself 2 years later on February 26, 1777 putting it in his catalog. Neither saw its stars. Both said it was round, Bode called it vivid and Messier said it was conspicuous. Not surprising as it is one of the brighter globular star clusters in the sky. I\'ve even seen it naked eye on a really good night. William Herschel first resolved its stars describing it as similar to M10 which I can\'t see naked eye.

A Hubble Space Telescope image of its central region can be seen at: https://apod.nasa.gov/apod/ap120409.html 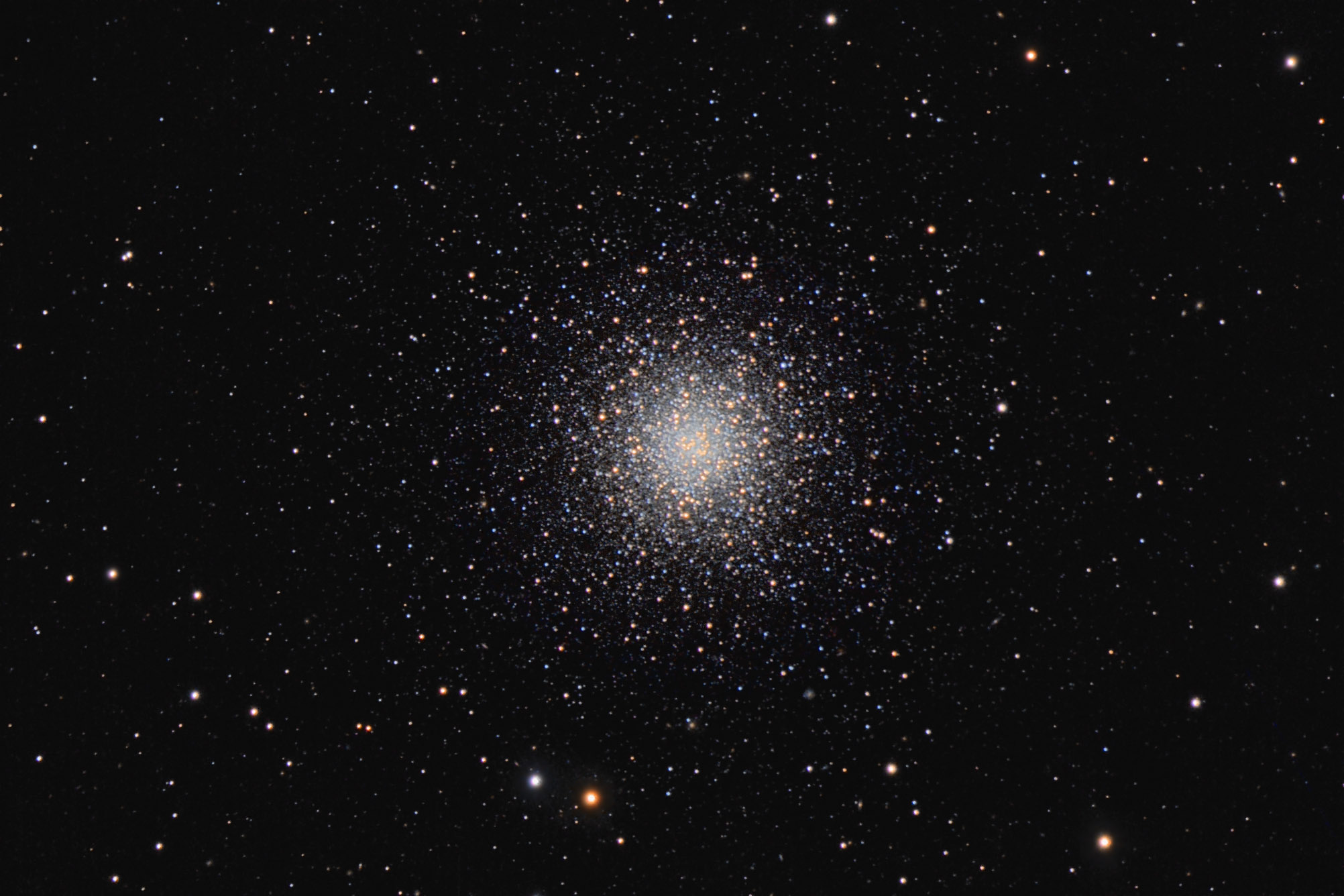