M56 is a globular star cluster in Lyra not far from the far more famous Ring Nebula, M57. I took only luminance data back on January 8, 2007, Months later I finally took color data but found I couldn\'t match the two. In the meantime, I\'d completely changed the optical configuration of my scope. This changed various distortions found in all optical systems. I greatly reduced them but now there was no way to match the color data to the luminosity image with the crappy software I had at the time. Even adjusting for scale (original was 1.03\" per pixel while the color was 1.01\" per pixel, and rotation the stars still wouldn\'t line up in many parts of the image. I resigned myself to redoing it from the beginning as in the year after color data was taken I\'d further reduced distortions in the system meaning new luminosity data wouldn\'t match the year older color data. Then a few months ago I splurged and bought a new program that can match \"unmatchable\" frames like these, RegiStar -- now there are several that do this but it was the only one at back in 2007. I\'d tried demos of several even more expensive programs that claimed to do this but wouldn\'t match something as different as in this M56 series so had about given up but tried RegiStar, a very old program, really designed for making mosaics where the overlap often has differing distortions. It did the job perfectly. So now I have a color version 2 years in the making. Problem is, at the time, I knew just enough processing to be dangerous and severely damaged the image. The original data is buried in the basement so until I can dig out the old hard drive the data is on this will have to do.

Most sources put it at just under 33,000 light-years from us and about 31,000 to 32,000 light-years from the galaxy\'s core. The odd thing is it is orbiting our galaxy backwards. This could mean it is a relic of a galaxy ours ate sometime in the past. While globular clusters are low in metals it is unusually low, another indication it is a latecomer to our galaxy. Also while most globular clusters in our galaxy are about 10 billion years old it is thought to be some 13 billion years old, likely older than our galaxy.

The cluster was one of Messier\'s discoveries. He found it on January 19, 1779. He described it as a \"nebula without stars\". Not surprising as it takes a really good 6\" telescope to start to show its stars, far larger than anything Messier had available. 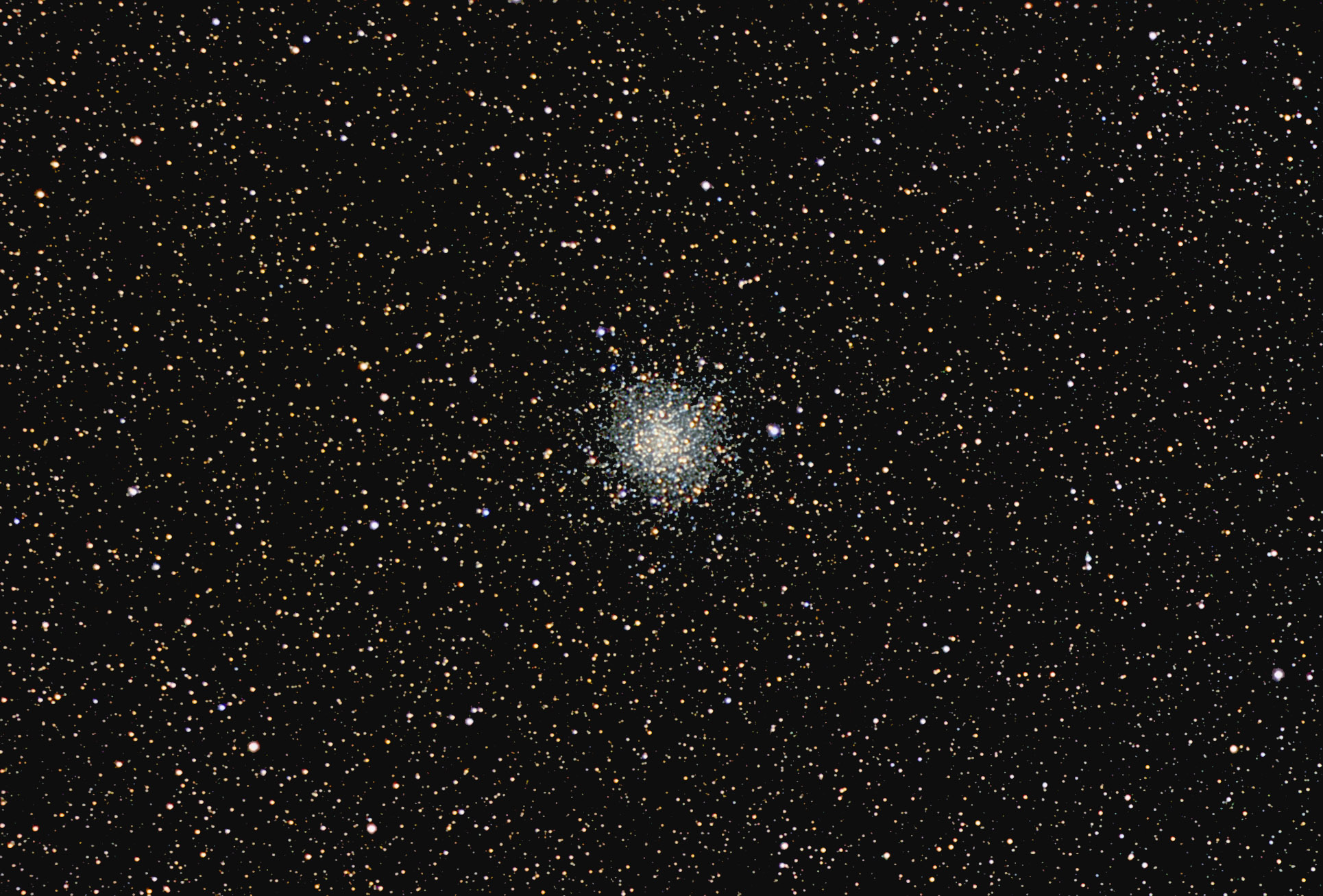