M64 is commonly known as the \"Black Eye Galaxy\" due to the dense dark lane on the north side of its nucleus. I\'ve also seen it called the \"Evil Eye Galaxy\". I like better. The dark region may be due to it having eaten another galaxy about a billion years ago. The galaxy appears to have stars rotating backwards likely members of the now devoured galaxy. This is covered at the Hubble Heritage site:
Caption; http://heritage.stsci.edu/2004/04/caption.html
Image: http://heritage.stsci.edu/2004/04/big.html

The galaxy was first seen by Edward Pigott on March 23, 1779 but it wasn\'t until 1781 he announced it so his discovery went unnoticed. Johann Bode found it on April 4, 1779 which he published the same year getting credit for its discovery. Messier did find it himself on March 1, 1780 apparently unaware of Bode\'s announcement and added it to his list. The first mention of it\'s \"black eye\" was by William Herschel when he observed it in 1785 and 1789.

My image has a short asteroid trail in the upper left corner it is (17083) 1999 JB4 among other designations it has had. 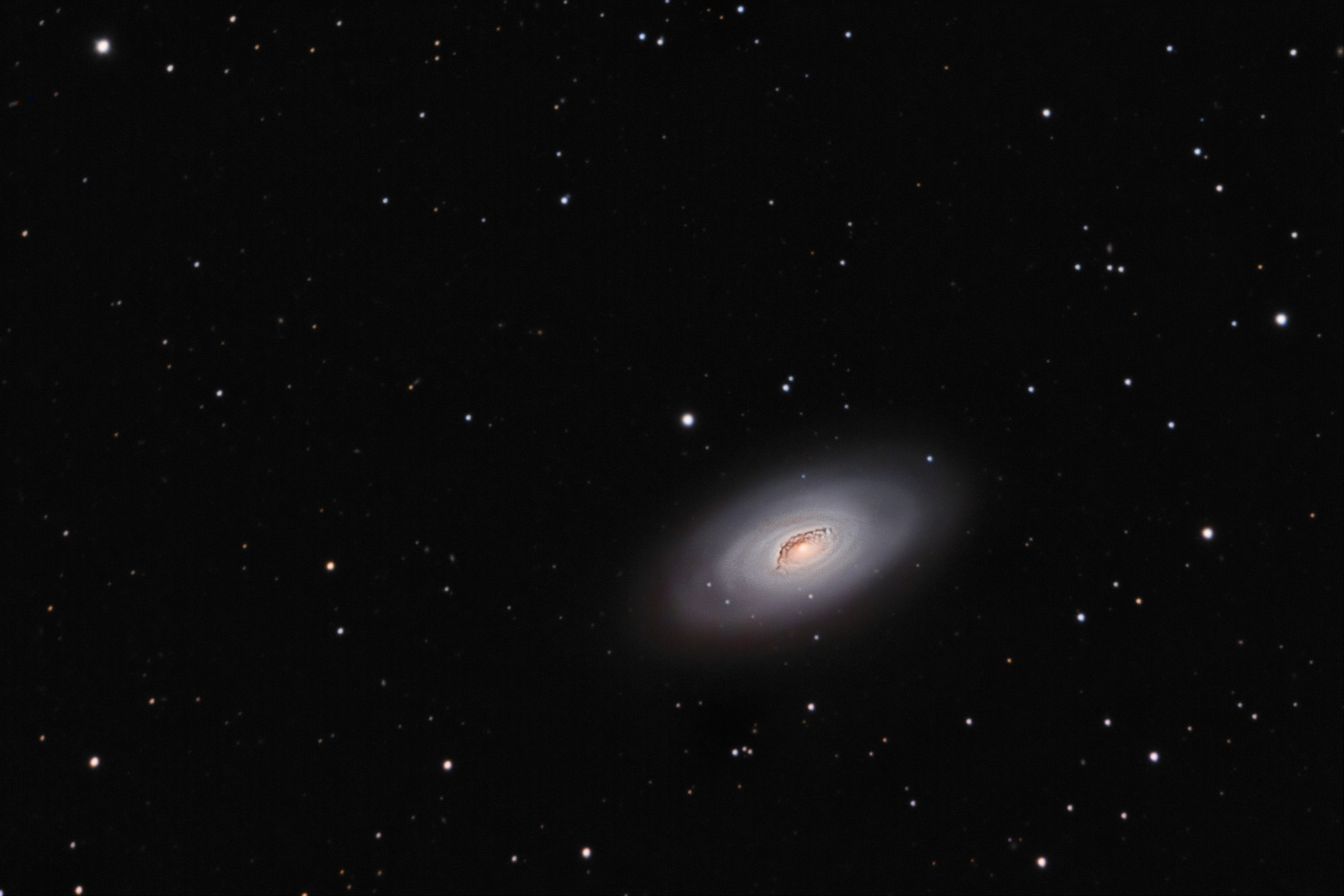