M71 has had an identity crisis for many years. For a while it was classed as an open cluster. But others thought it was a globular star cluster like M5 and M15 in previous updates. Since M71 lies in a dense part of the Milky Way it is very hard to separate galaxy stars from those that belong to M71. You can read about the debate at the SEDS website
http://messier.seds.org/m/m071.html

Not mentioned there is that some astronomers now feel it may be neither of these. They think it likely the core of a dwarf spherical galaxy that was \"eaten\" by our galaxy long ago in the past. Only the core had enough gravity to survive the tidal impact of our galaxy which stole most of its stars. They feel Omega Centauri, a much larger but loose globular and maybe M55 and M68 are also really the cores of galaxies gobbled up by our galaxy. Whatever it is it is currently seen against the background of the Milky Way in the constellation of Sagitta the arrow. If anyone is bored they are welcome to count the stars in my shot.

I was unable to locate any determination of its age which I found odd. If it is an open cluster it would be quite young. If a globular from our galaxy likely about 10 billion years old but if captured from another galaxy the age could be between these or even older than our galaxy. In any case a young age would argue for it being an open cluster. 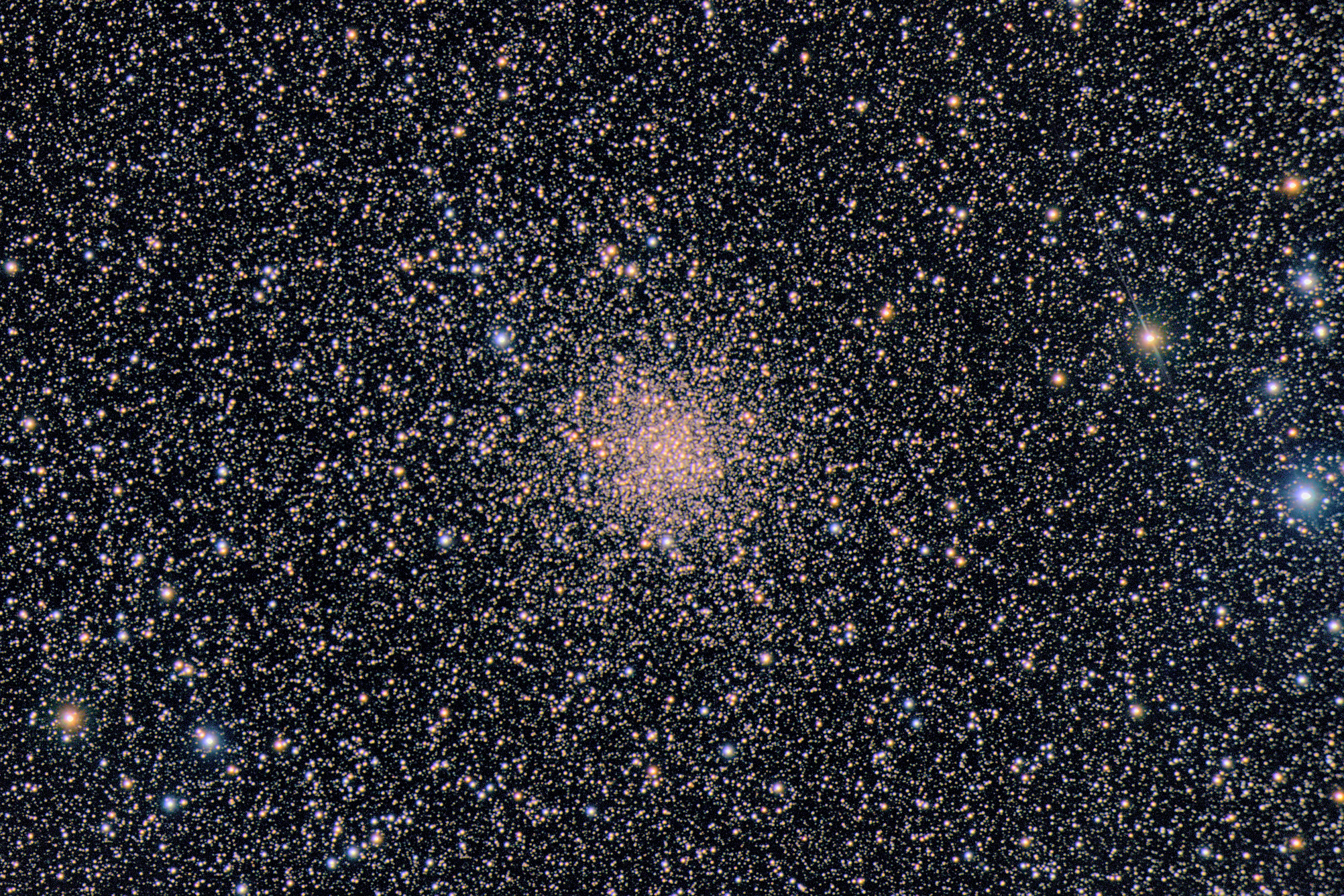