M 76 is often called the \"Little Dumbell Nebula\". It is a bipolar planetary nebula in Perseus. It lies some 2500 light-years from us based on the latest paper I could find on its distance. The nebula was first recorded by Pierre Méchain on September 5, 1780. Messier recorded it sometime later in the year. It carries two NGC numbers, NGC 650 and 651 thanks to William Herschel\'s observation of it on November 12, 1787. While it is quite certain Méchain saw the entire nebula Herschel described it as two bright parts connected by a fainter middle. Dryer then decided to give it the two NGC numbers. Most consider NGC 650 as referring to all of it with NGC 651 referring to the northeastern end.

NED, however, uses both to refer to the entire nebula. Oddly it is entered into the first Herschel 400 list under the NGC 651 designation. My note from that taken on July 11, 1985 with last quarter moon just rising at 180x with my 10\" f/5 reads \"Two oval balls of luminescence which seem to nearly touch. Can easily see how it is assigned two NGC and Herschel numbers. No central star seen.\"

My image was taken on a poor night, at least poor seeing. I left no notes but the lousy seeing is obvious. What may be a central star-like object is actually a double star poor seeing has blurred into one slightly elongated object. I should have picked up several other stars in the nebula but they are lost in the poor seeing and lousy imaging technique back in 2006 when this was taken. I let read noise ruin fainter detail and severely underexposed it for the way I took it. Today my processing would have removed the satellite in the upper right corner. Not having easy access to the original FITS I reprocessed this from the Luminance and color TIF files meaning the only way to remove the satellite would be to clone it out. I still am lousy at cloning so left it in. Only one is rare, usually, I have many more so I got lucky about satellites but not seeing. 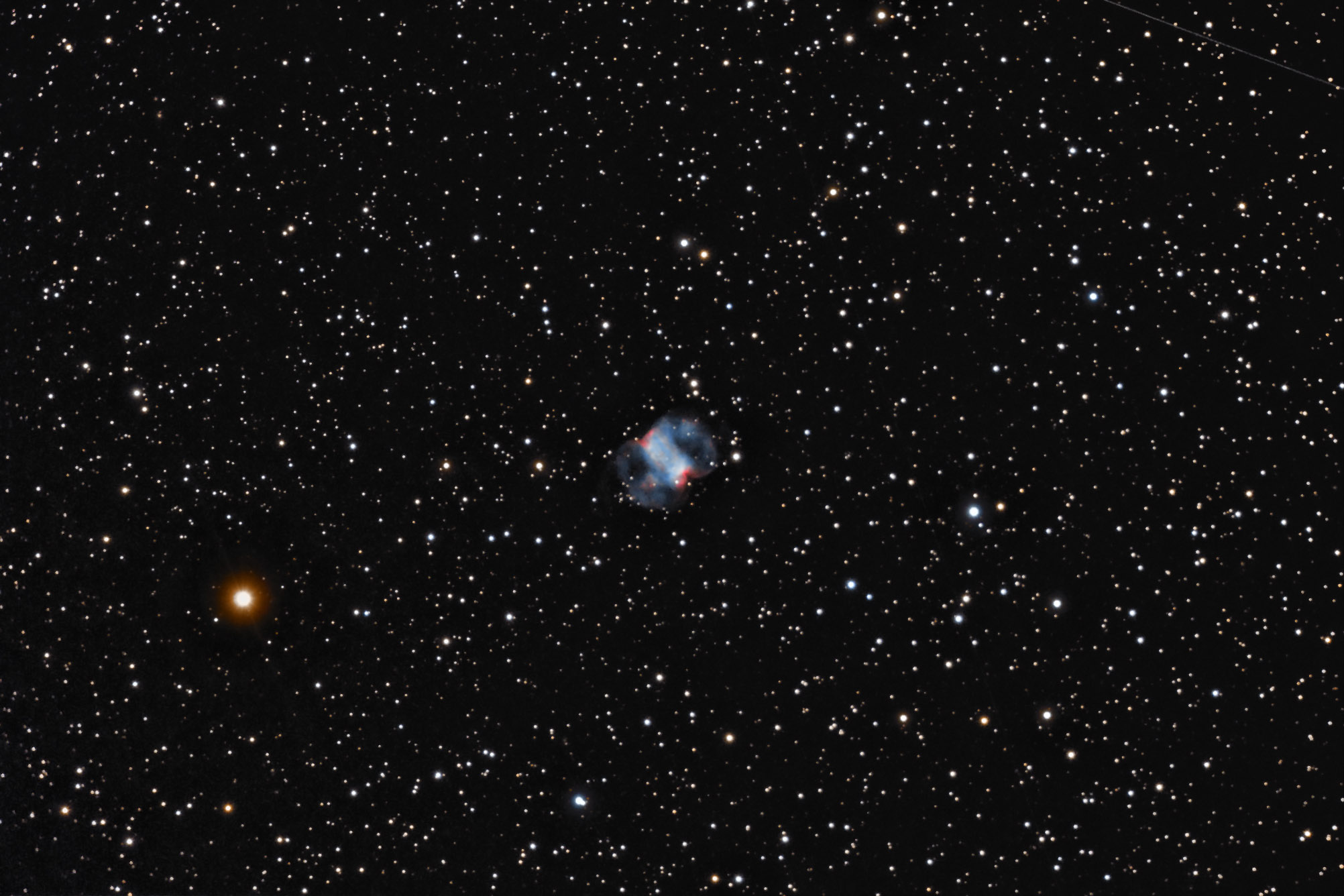