M 89/NGC 4552 is a large elliptical galaxy in Virgo. As a member of the Virgo Cluster, it is likely about 60 million light-years away. NED classes it as E; LINER;HII Sy2 while the NGC project says simply that it is E. Though a paper I read insists this is wrong and it is an S0 galaxy.

I\'d ignored most elliptical galaxies as boring. But since it was an M object decided I had to add it to my digital library. I\'d not paid it any attention until I went to process this image. At first, I thought my flats were bad as there was a faint halo around the galaxy, mostly to the south as well as a large smudge to the southwest. I was debating whether I could salvage the mess when I found that these were real. It has a large but very faint halo few seem to have picked up except on a very deep image such as one by David Malin. Turns out I didn\'t pick up but part of it. The large elongated smudge is thought to be the remains of M89\'s last meal that it is still digesting. Malin\'s image is at http://messier.seds.org/more/m089_aat.html . It needs far more time than I gave it to pull out these features as more than a hint. I\'ve included a highly stretched version that\'s quite noisy but better shows the extent of the shell and remains of its last meal. Doesn\'t help that my L filter had loosened in the filter wheel and rotated slightly so the dust mots didn\'t line up perfectly limiting how far I could stretch the image without that showing up.

The annotated image shows the globular clusters NED listed that were visible in my image. They are noted by *CL in the annotated image. I found that just by looking at them I couldn\'t tell a faint star from a distant galaxy from a globular cluster. A plate solve however made it easy to separate one from the other. I noted the galaxies (even though there\'s no distance known) with a G?. Stars were left unlabeled. One NED lists as a globular is rather orange which bothers me. Seems an odd color for a globular cluster. Looking at it in the Sloan image it looked perfectly star-like. It is on the southeast side of M89 with an anonymous galaxy (not in NED) beyond it.

One of the smaller smudges in the halo turns out to be VCC 1613 which NED shows as a dE2 galaxy (dwarf elliptical). The other smudge to the north wasn\'t listed in NED but I do see it in the second image at: http://cseligman.com/text/atlas/ngc45a.htm#4552 . Note the orange \"globular\" looks like an ordinary star in this image. I really question NED\'s identification of it as a globular.

For a bit more see: http://messier.seds.org/more/m089_aat.html 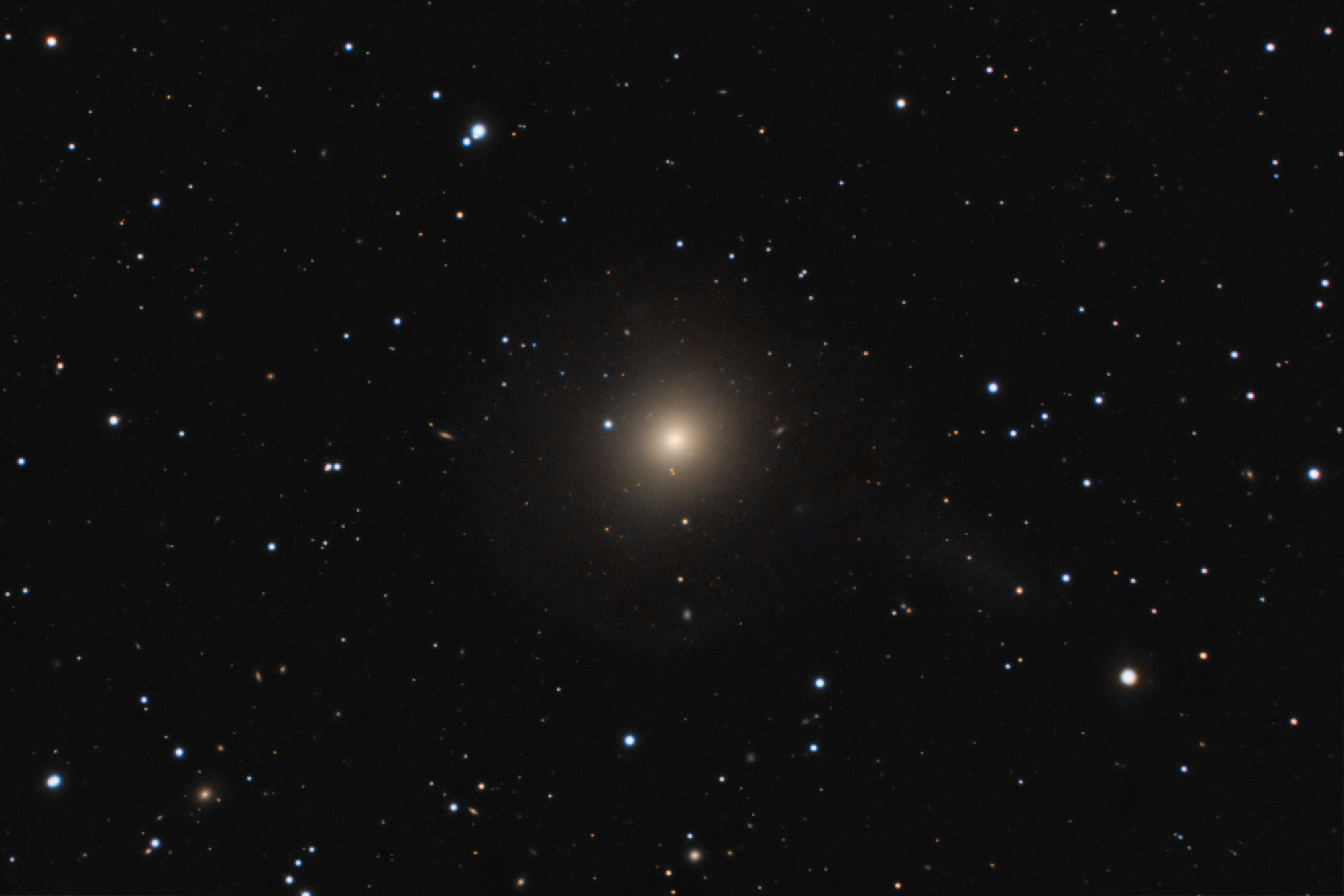 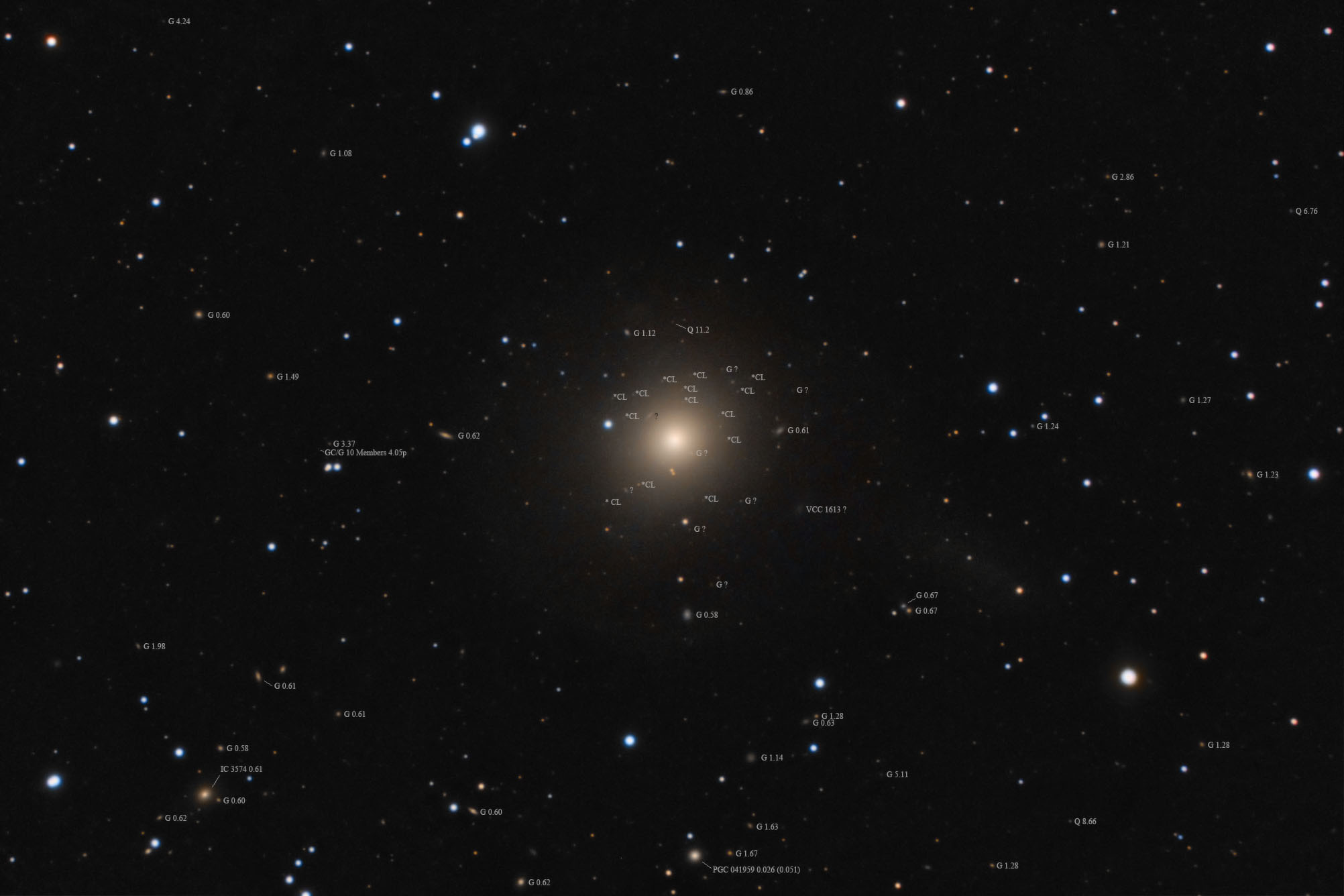 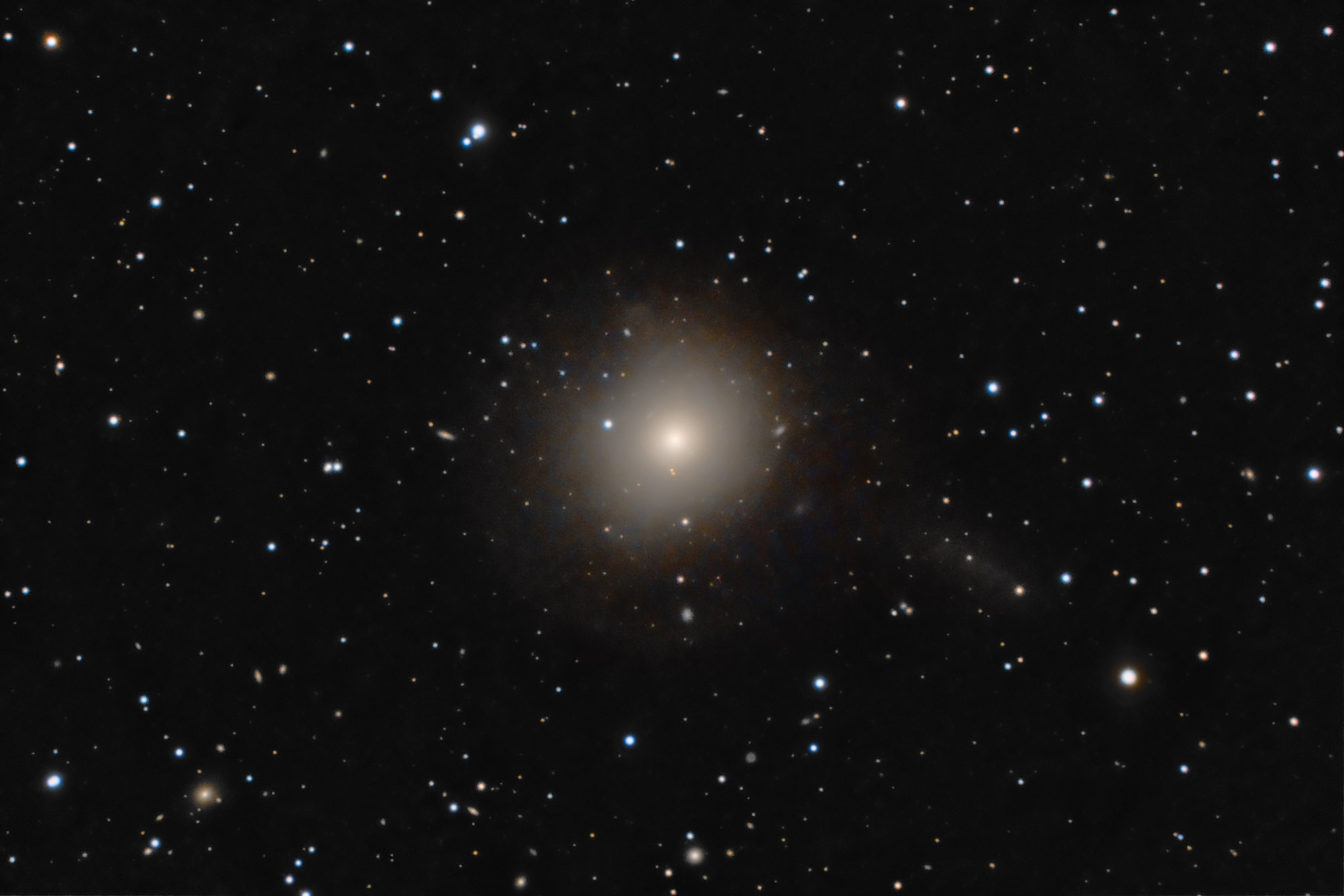 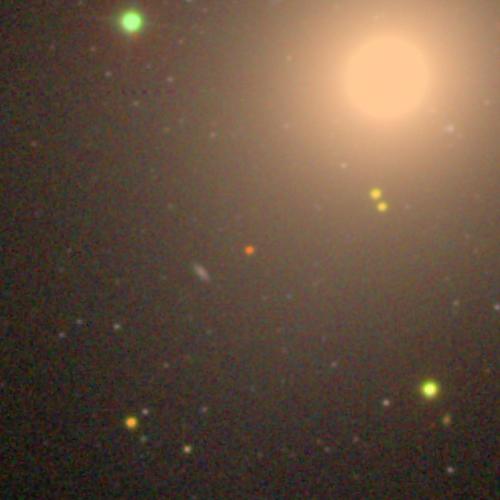