Redshift for the Virgo Cluster is highly unreliable as the cluster members are orbiting rapidly about it some even having blue shifts. M91 is a very obvious barred spiral whose core has Seyfert activity. It is often considered the faintest of the Messier objects. While discovered by Charles Messier on March 18, 1871 there was nothing ever found at his position. Now it is thought he referenced it from M58 when he thought he was using M89. But this wasn\'t discovered until 1969. Thus many older sources credit William Herschel as its discoverer on April 8, 1784. You can read more on this at: http://messier.seds.org/m/m091.html

This put it in the original Herschel 400 observing program. My notes from April 23, 1985 with my trusty Cave 10\" f/5 on a fair but moonlit night at up to 150x reads: \"Large, knotty galaxy. Spiral structure seems on the verge of coming through. Seems to be a detached piece to the south. Is this a small galaxy or a knot in an out arm. Most probably a knot as at times of best seeing a faint curving arch is seen from it to the west end of the main halo. Very interesting.\" Apparently, I wasn\'t as hurt by the moon as my notes might indicate.

I recently prepared an annotated image for this field including two asteroids and two galaxy cluster, one seen along the right edge. Normally the position of the cluster matches that of the BrClG (Bright Cluster Galaxy) so I point both with one entry as I did with the group to the southeast of M91. But in this case, there was a few seconds of arc difference between the two so both are noted. A \"p\" after a distance indicates a photometric redshift was used rather than the more accurate spectroscopic one I normally use. This may explain why the BrClG has a slightly different distance than the cluster itself. VPC stands for the Virgo Photometry Catalogue. ASK stands for Automatic Spectroscopic K-means-based classification. I use this when only positional catalog names are available. They are so long as to make annotation difficult. If I don\'t have any non-positional name I use G, GC or Q for galaxy, galaxy cluster or Quasar.

This was taken in my very early days of digital imaging when I was poor at retaining star color and let read noise limit my ability to see faint detail clearly. I also underexposed it adding to the noise issue. I do need to retake this one to get better detail in the faint outer arms. 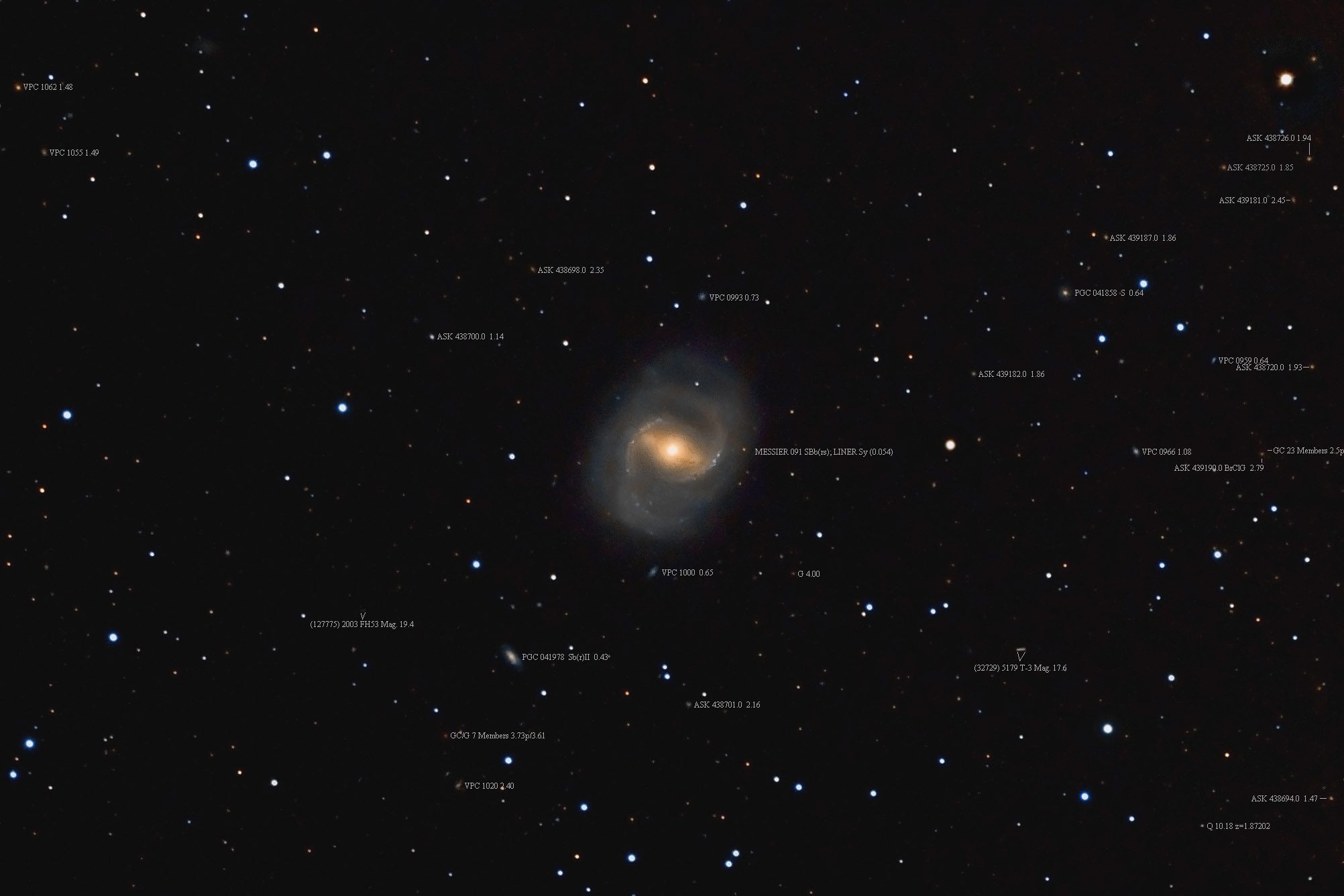 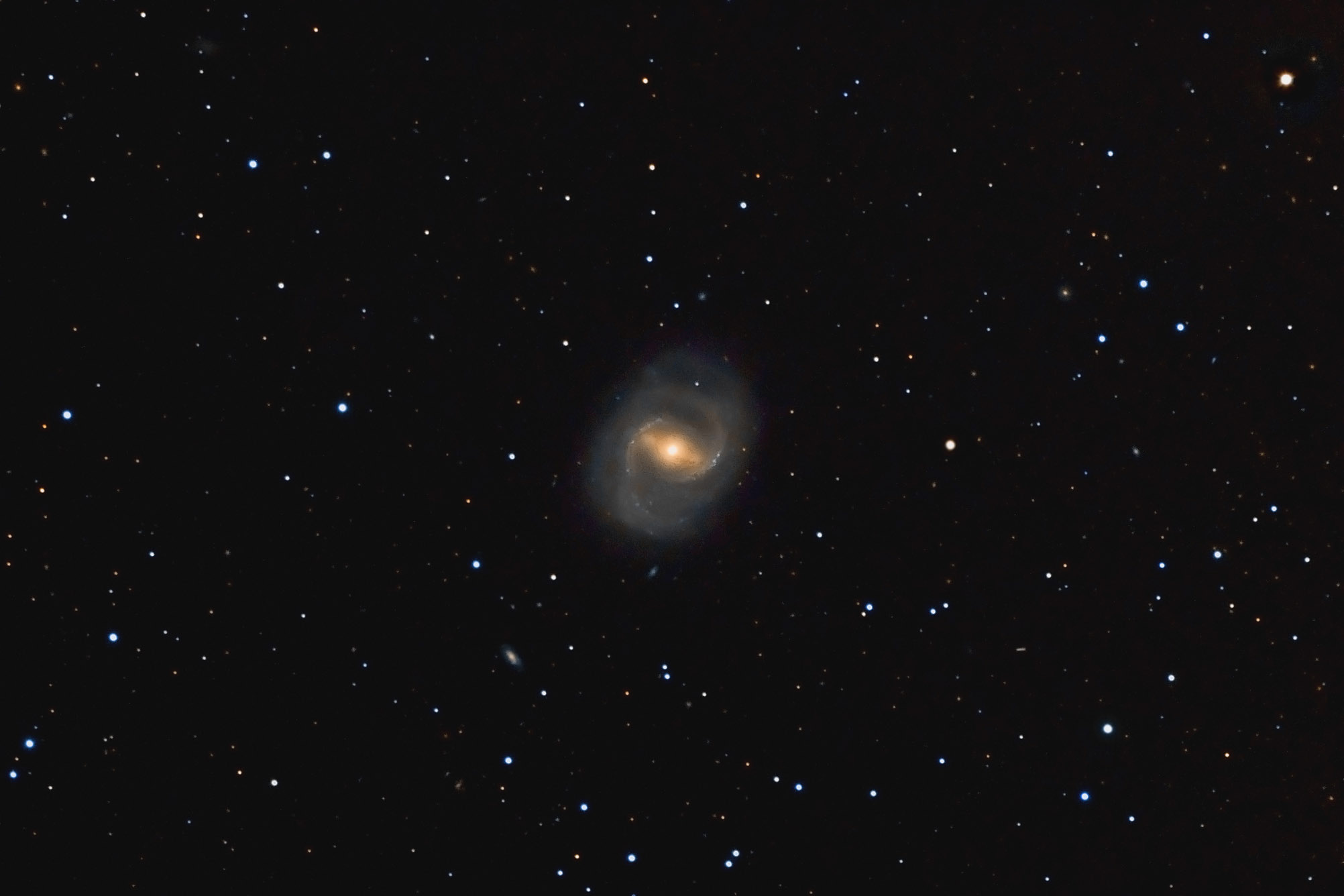