M92 is the \"other\" Hercules globular cluster besides its more famous M13 to make Messier\'s list. It was discovered by Johanne Bode on December 27, 1777. Charles Messier made an apparent independent discovery of it on March 18, 1781 and recorded it in his catalog.

This globular cluster is thought to be about 26,000 light-years away though there\'s a problem. Using that distance its age is a bit older than the universe at an estimated 14 billion years. The error bar does allow it to be slightly younger than the universe but considering our galaxy is about 10 billion years old, at least that\'s the age of most of its globular clusters (some are younger) this age is a problem. Is it a captured globular from a galaxy we merged with? Seems unlikely as this is a very large globular, I measure its diameter at about 125,000 light-years assuming the 26,000 light-year distance is right. It could be further away which would result in a younger age calculation and smaller size. You can read more about this problem at http://messier.seds.org/m/m092.html

While I had great seeing for this image transparency was awful. The thick haze created nasty halos around the brighter stars that were beyond my processing abilities back in 2007 when this was taken. Unfortunately, I didn\'t save the original data so I had to try and kill the halos in the TIFF image I did save. I was only somewhat successful. But at least the seeing allowed good resolution of its stars right to the center. I took it three different nights but on the first two, only the color frames were usable. This resulted in 3 times my usual color data. But considering the haze on two of those nights that probably wasn\'t a bad thing. Only the luminance data from the third night was usable. 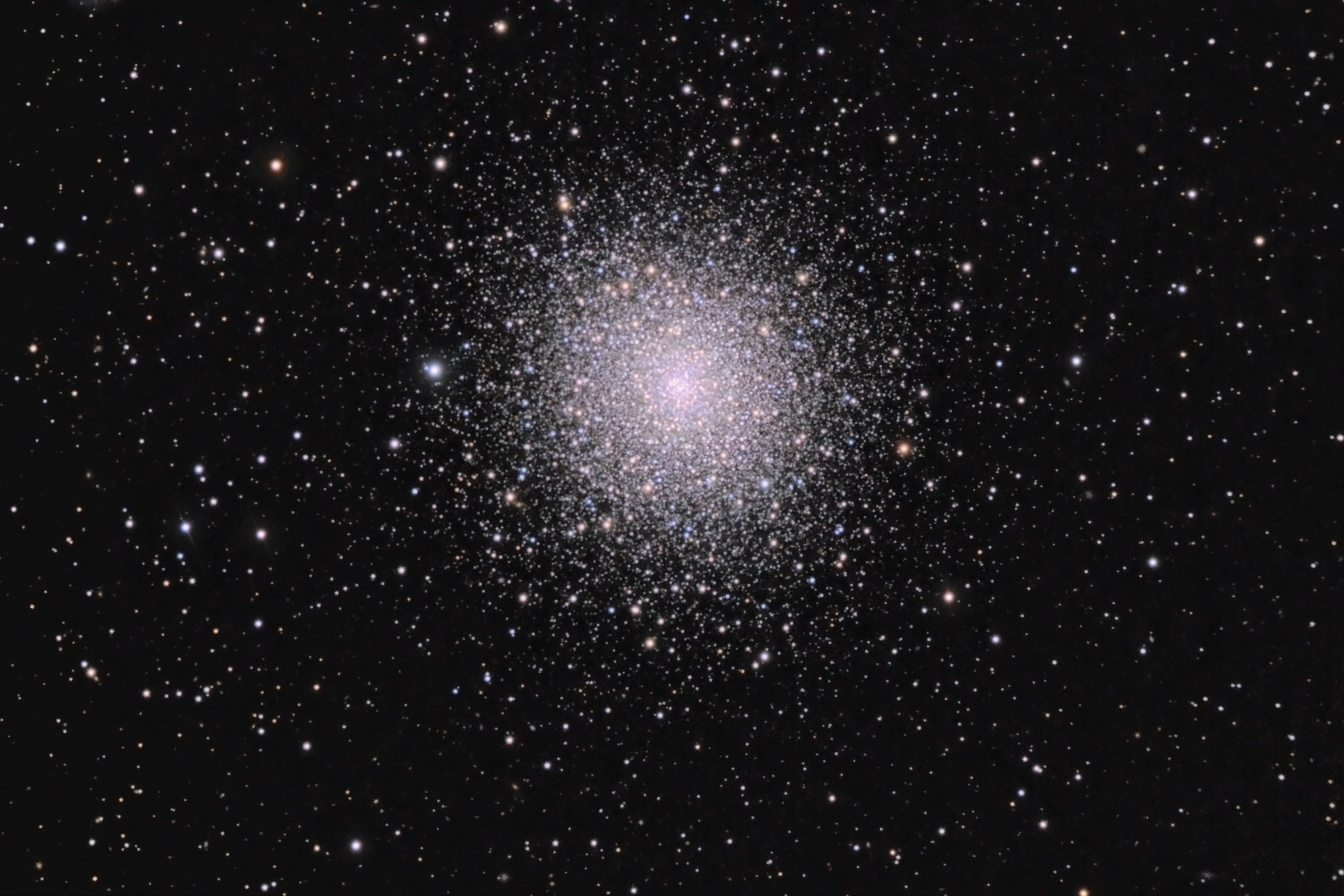