M 99 was taken under lousy conditions. That seems to have resulted in an odd color balance I can\'t seem to correct. Blue comes out more cyan. I don\'t know why. Though I see the Kitt Peak photo on the photo link at the URL listed below also shows the blue regions as cyan so maybe it isn\'t just me. In any case, this is another disturbed galaxy. The arms are quite unsymmetrical and there\'s lots of star formation going on as seen by the HII regions (pink) and areas of new super hot blue stars in the arms. This galaxy is another in the Virgo Cluster but is flying away from us at a very high velocity. About as high as M98 has in the opposite direction (toward us). Some think these two tangled in the distant past resulting in their high velocities relative to the cluster. Both are moving at near escape velocity for the cluster. Though determining this is difficult as measuring the amount of dark matter in the cluster is an imperfect science as yet. Most think both are still members of the cluster, just ones with high velocity that will take them on much larger orbits than most members have.

This was one of my early images and taken when I had little knowledge of what I was doing. One of many I should reshoot. Just to get it centered if nothing else.

You can read more on this galaxy at:
http://messier.seds.org/m/m099.html 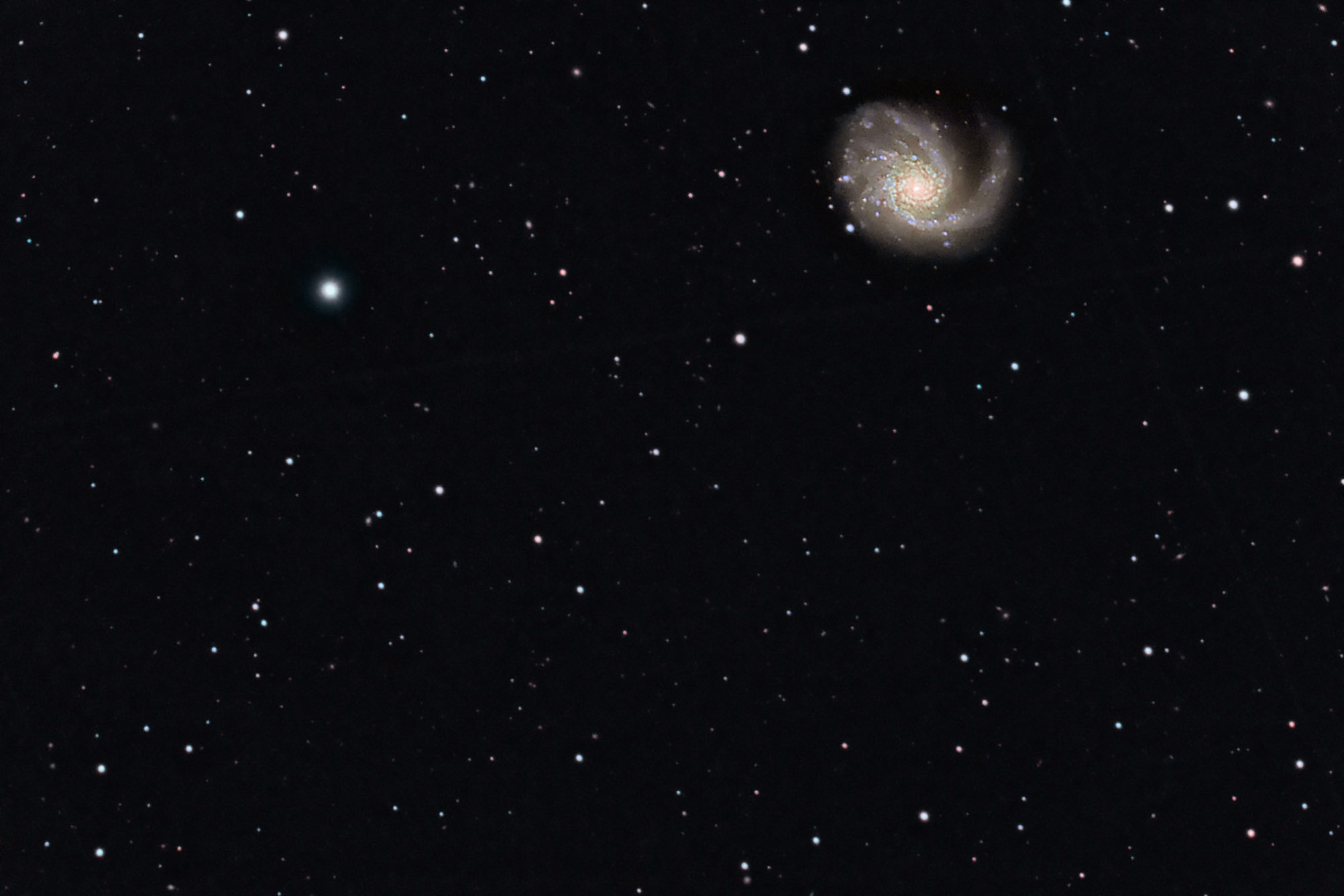