NGC 5866 may or may not be M102. Opinions differ on this. Some say M102 was a rediscovery of M101, others that it was NGC 5866. In any case, most amateurs attempting to observe all M objects consider NGC 5866 to be M102 just to give them one more to look for if nothing else. One of several articles on the net about this can be read at: http://messier.seds.org/m/m102.html

In any case, I\'m considering me as M102 since is a good example of a lenticular galaxy. These look like spirals but have little dust and no defined arms, just a highly oval shape as if they were a barred spiral without the arms. Though most barred spirals have a dust lane down each arm and lenticular galaxies rarely do. M102 appears to be an exception. We are seeing M102 edge on as evidenced by the strong dust lane. Note that there appear to be two planes to the stars in the galaxy. This is easiest to see on the upper right where there\'s an orange star. Look closely and you see that star is in a dark V region with the galaxy\'s outer parts both above and below it (fainter below) but on the other side of the galaxy the upper part is in line with the faint lower part below the red star and the fainter lower part on the lower left is lined up with the brighter upper part on the right. The dust lane is aligned with neither nor is it aligned with the bright disk it attempts to bisect being lower on the right and higher on the left. This galaxy has had to have interacted with something to have all these different planes to it. Yet this hasn\'t had much study. Hubble did image the dust lane in high detail. See:
http://hubblesite.org/newscenter/archive/releases/2006/24/image/
The orange star is out of the field at the top. If you have broadband download then view the super large view, it is well worth the time. 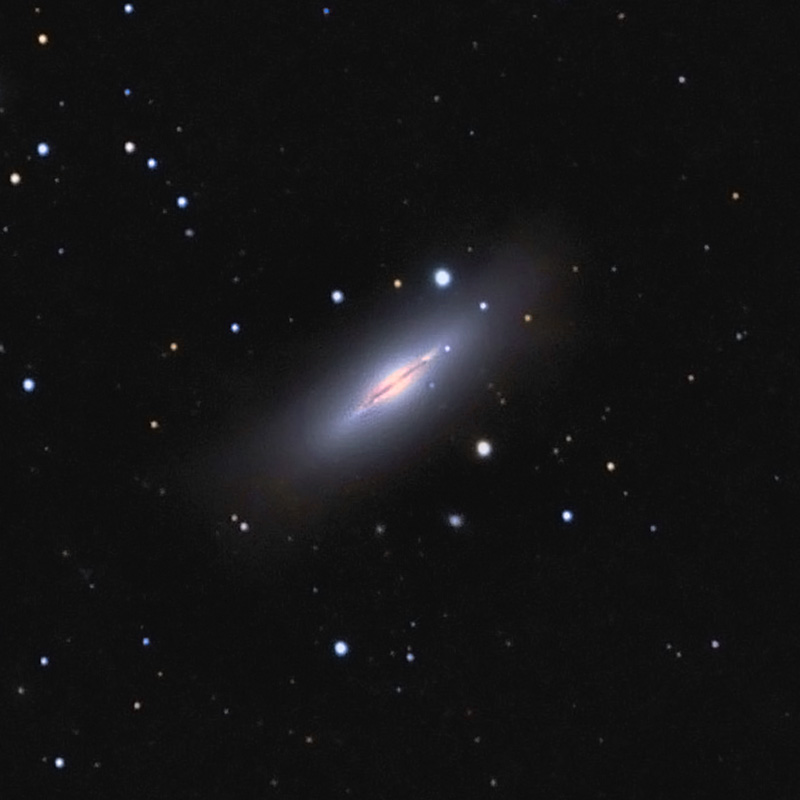 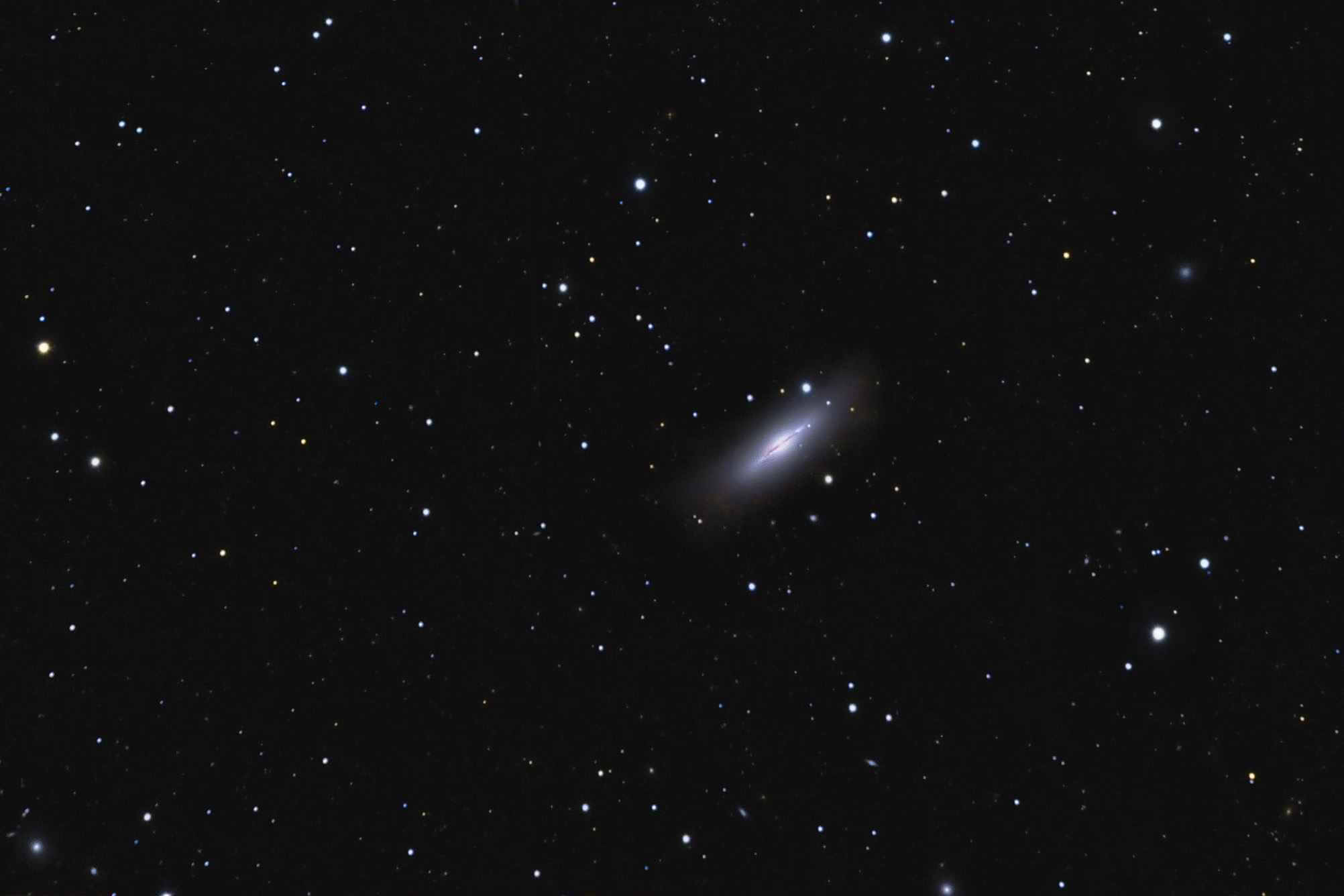