M105 is a large elliptical galaxy in Leo. It is part of the Leo I group which includes M95 and M96 which is located about 40 million light-years away. M105 is the large spherical (E0) galaxy. It is also known as NGC 3379. To the NE is NGC 3384/3371 (SB0), also a member of the group. It\'s another of those galaxies with two NGC numbers. NGC 3384 better fits its position in the sky so is considered the main designation of the two. Below it is NGC 3389 (SAc) a very blue spiral galaxy. Its redshift puts it at a distance nearly twice as far away as the Leo I group. Thus, it is more likely a member of the nearby Virgo Cluster. The color contrast between a spiral that is currently forming new stars and the reddish hue of elliptical galaxies that haven\'t had much if any star formation for billions of years is quite striking.

Some of the galaxies in the background are part of the Zwicky galaxy cluster 1045.8+1251. It is listed as 45 minutes in diameter (larger than my long diameter of 33 minutes) and to contain 120 galaxies. He listed it as \"medium distant\" the second closest class out of 5. How these distances were determined I don\'t know. Redshift was not used. One paper says his near and medium distant classes are quite accurate when compared to redshift data but the other classes tend to overestimate their distance.

The image also contains galaxies beyond the Zwicky cluster as well as a few quasars. I\'ve included an annotated image pointing these out along with their distance in billions of light years. Galaxies are labeled with a G in front of their distance. Quasars have no label, just their distance. Note one galaxy, nearly 3 billion light-years away, can be seen right through NGC 3384 showing how little dust and gas galaxies of this type have and thus, why star formation ceased long ago.

A photo of this area taken by the 0.9 meter telescope on Kitt Peak is at:
http://www.noao.edu/image_gallery/images/d5/m105.jpg

I included all 4 luminance frames but one was poor. I debated leaving it out as it reduced resolution but did also reduce noise as well. 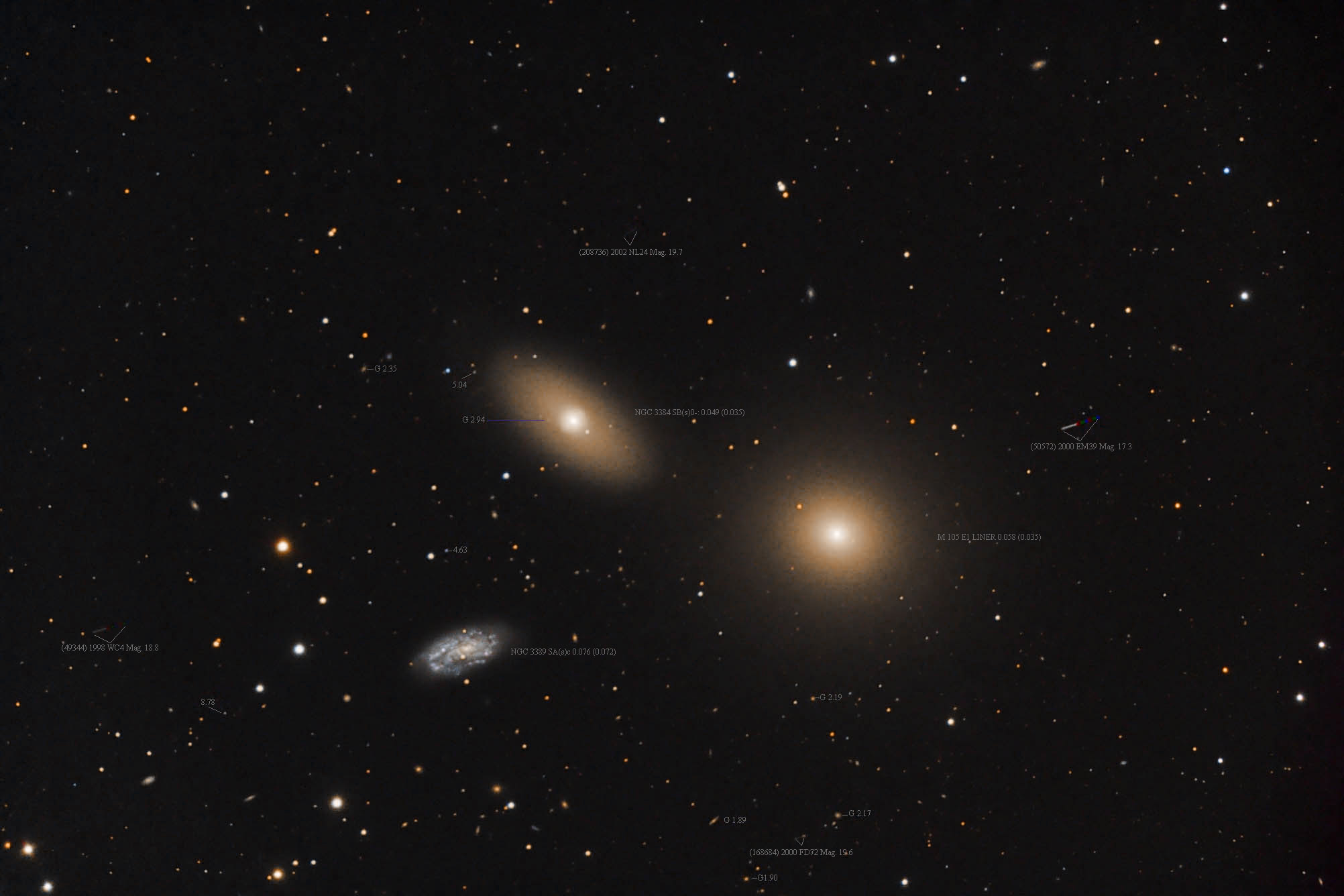 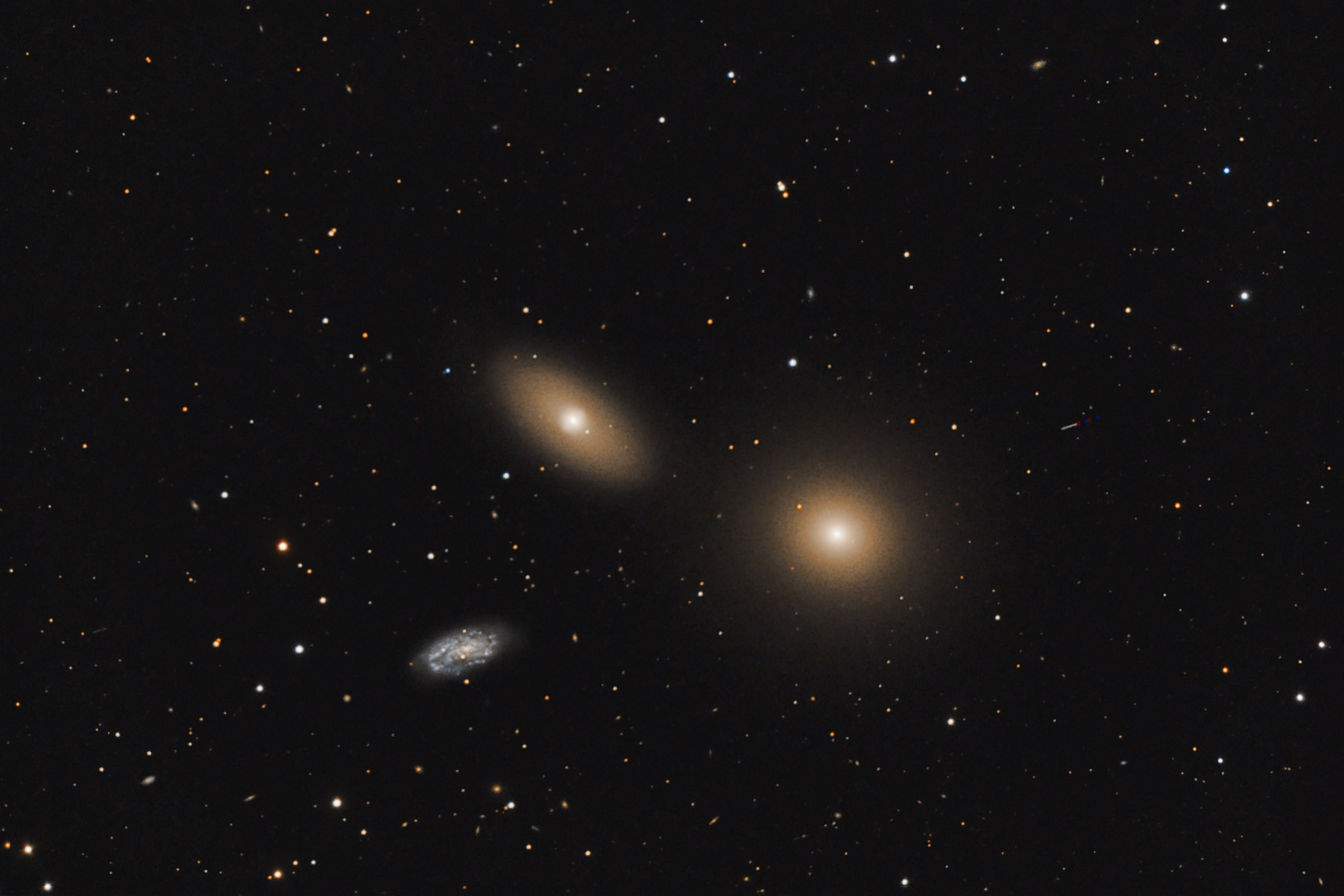