M 106 is a large spiral galaxy about 20 to 25 million light-years away. A lot seems uncertain about such a major nearby galaxy. There is debate about its distance, about which galaxy group it is in and even as to its classification. Some say it is a peculiar Sb or Sc spiral. others say it is a cross between a spiral and a barred spiral and others add more oddities to its classification. It does seem to have an inner section and faint outer arms.

The large galaxy to the right (west) of M106 is NGC 4248. I\'ve been asked to tell you where in the sky these objects are. This one is in the constellation Canes Venatici -- the Hunting Dogs. A rather obscure constellation high overhead during the middle of the night in the spring.

You can read more about it and see photos from many others at:
http://messier.seds.org/m/m106.html
Though the photo on the main page shows only the very center of the galaxy at very high contrast so is impossible to recognize as being the same as the one shown below. Even the others in the links in the article often don\'t look much like mine as they show only the inner core region of the galaxy.

M106 was discovered by Pierre Méchain in July of 1781 and never actually seen or recorded by Messier but was added to his list by others anyway. NGC 4248 was discovered by William Herschel on February 9, 1788. It is in the second Herschel 400 observing program. My notes from which got lost in the move to the lake 12 years ago.

Later I added H alpha data to show the regions of star formation and the odd jet coming up out of the galaxy. My skills were very limited when this was done. I made a few tweaks but really need to retake it correctly. This will have to do for now. 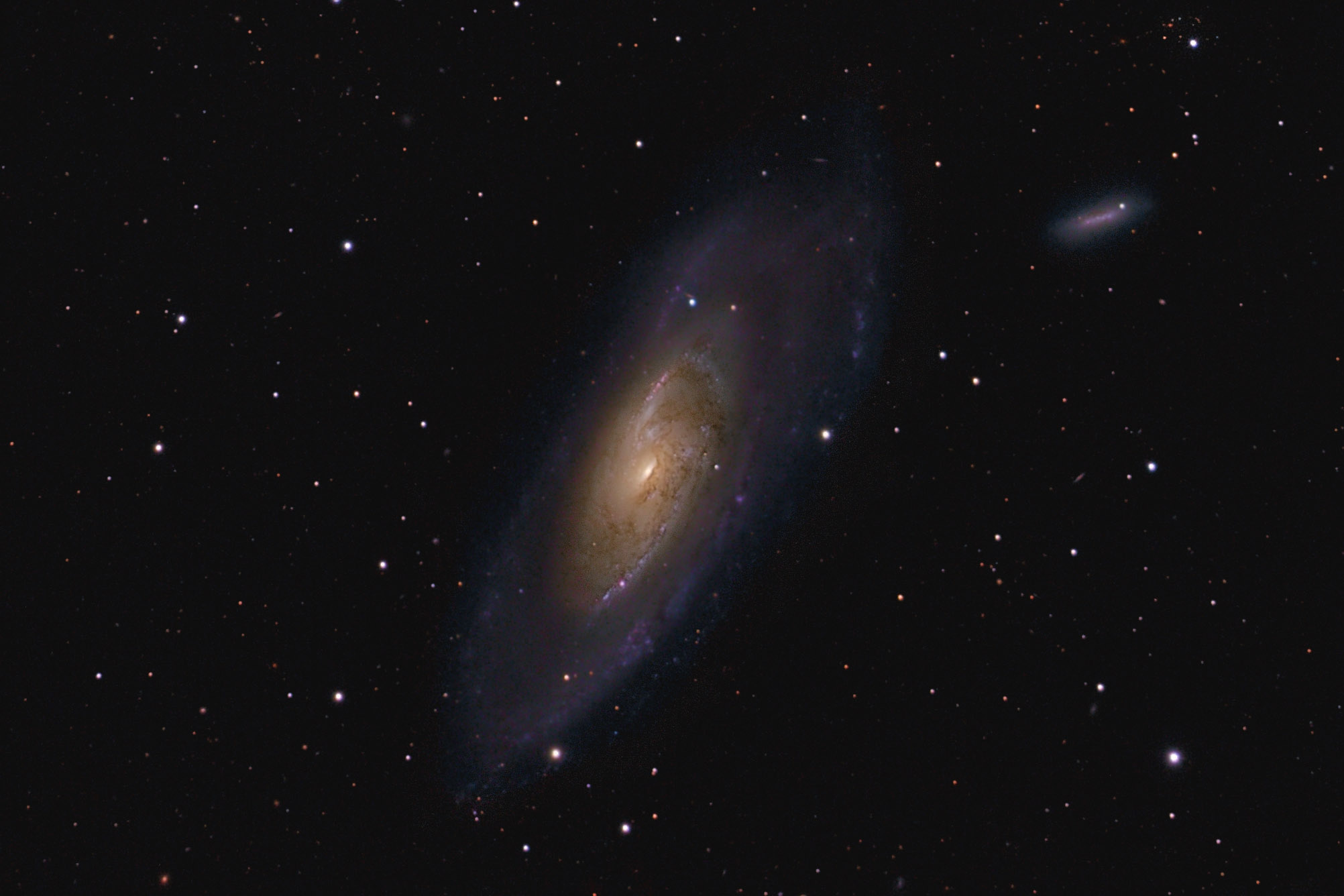 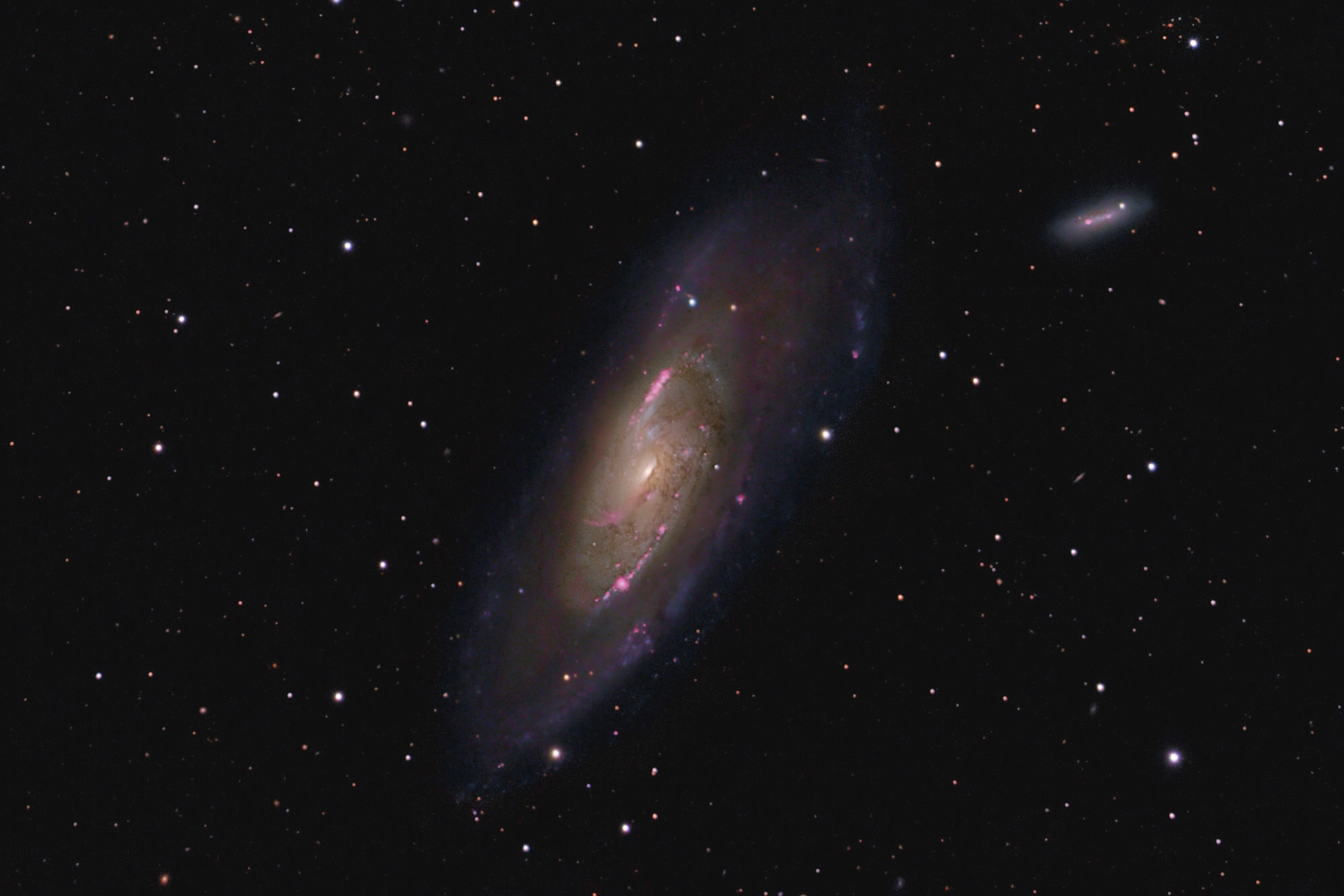