M108 is a near edge on spiral galaxy just off the bottom of the bowl of the big dipper. It can be put in the same low power field of view with M97, which was one of my first successful shots with the 6\" f/4 when I was first getting starting with the observatory. Quite a few more distant galaxies can be seen in the background. The distance to this guy is thought to be 45,000 light years. Visually the bright star near the center makes it difficult to view all the detail that would otherwise be seen. Toward the left and right along the bottom is part of a distant, uncataloged galaxy cluster. Least, I can\'t find it in any such catalog I have. You can read more on this guy at: http://messier.seds.org/m/m108.html

This one is in dire need of retaking as it was a very early image before I knew what I was doing. Someday I\'ll get to it. 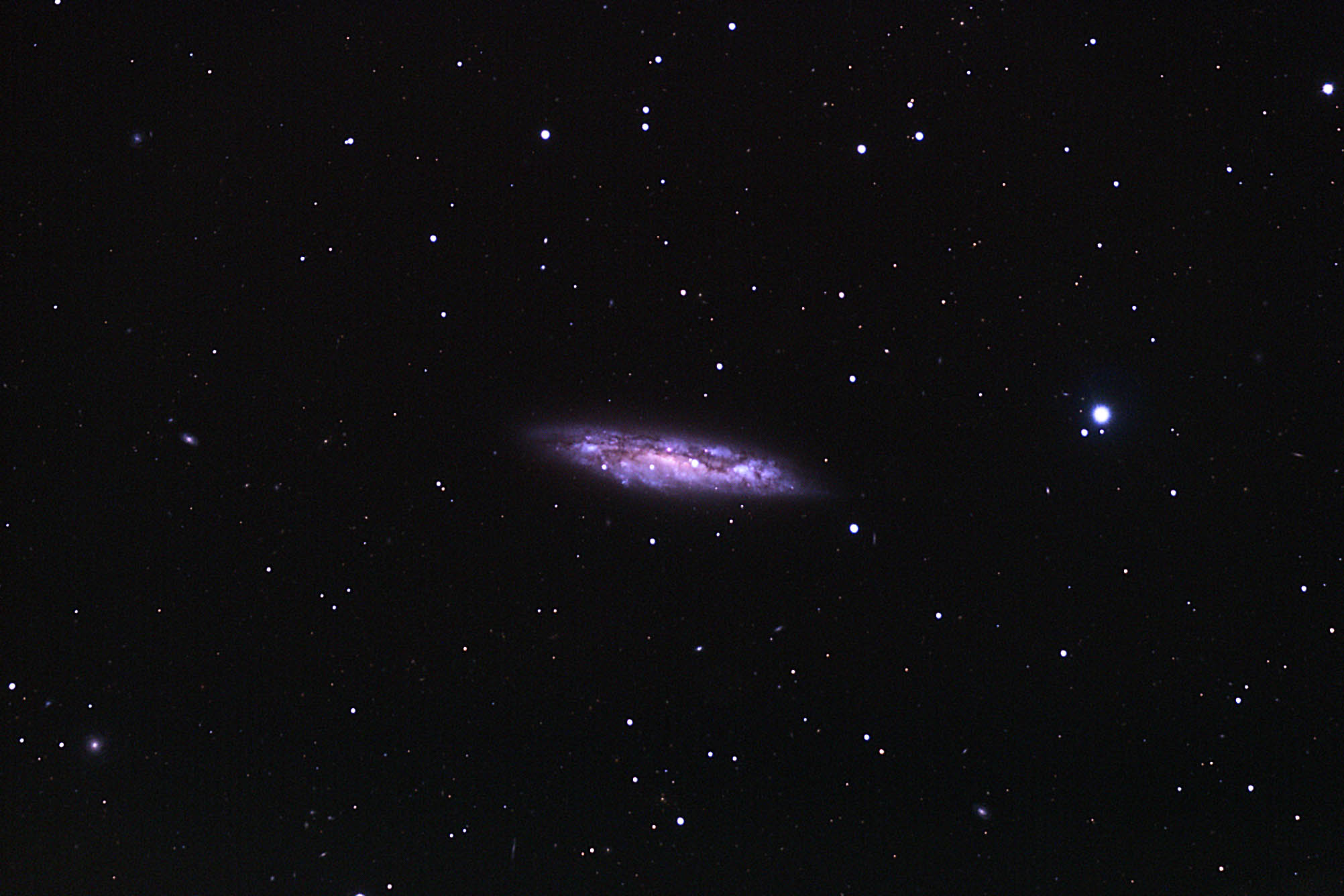