NGC 205 is also known as Messier 110 though the latter designation is debatable as it was never part of a listing Messier ever made. He discovered it on August 10, 1773. But he never put it on his list. It was added to the listing in 1966, 149 years after his death. It, like M32, is a satellite of M31, the Great Andromeda Galaxy, and is classified as E5 pec. Most elliptical galaxies are red in color but NGC 205 is unusual in that its core region is blue and full of faint dust pockets. A tidal tail connects it to the outskirts of M32 seen in the lower left corner of my image.

This is a complete reprocessing of my 2007 data. While my original processing in early 2008 is very good for the time I reprocessed it hoping to better show the tidal tail and the dust in the core region. Also, I\'d not processed it for an annotated image other than to point out long known globular clusters in a mono version. With better database data I decided it needed to be revisited, especially after I found many errors in the globular catalog when doing Andromeda IV on the other side of M32. As with that image, it turns out many of the globulars listed in the Bol catalog (Bologna Globular Cluster catalog) are, well, baloney. While all the classic globulars were correct (I\'ve included their G number for cross-reference) many of the Bol objects had redshifts that put them over a billion light-years distant meaning they were really spherical distant galaxies. I\'ve preceded the catalog name with *Cl for globular clusters and G for galaxies when redshifts were given. Unfortunately a few had no redshift data. For those, just the Bol number is listed with no attempt to classify them either way. That will take redshift data which was unavailable.

The improved processing also allowed me to bring out several planetary nebulae. Considering how close the field is to the edge of M31 it is hard to say if those more distant from NGC 205 belong to it or to M31 itself. I didn\'t try to make any distinction and doubt that is possible in any case. A couple of the planetaries were so faint or close to other objects I drew a line to them even when the label was on the right side of the object. For those, you may want to enlarge the image as they are only about 2 pixels across so too small to be seen on most screens without enlargement. Losses from JPG compression makes them even harder to see than they were in the uncompressed TIF images which at 15 megabytes are too large for posting.

For those wondering where the old G numbers came from they date to 1977 when Sargent, Kowal, Hartwick and van den Bergh did a search for globulars related to M31. This is listed at NED as the SKHV catalog. All with redshifts I checked are valid globulars, unlike the Bologna catalog that apparently expanded on the 1977 study only to be fooled into including some background spherical galaxies. 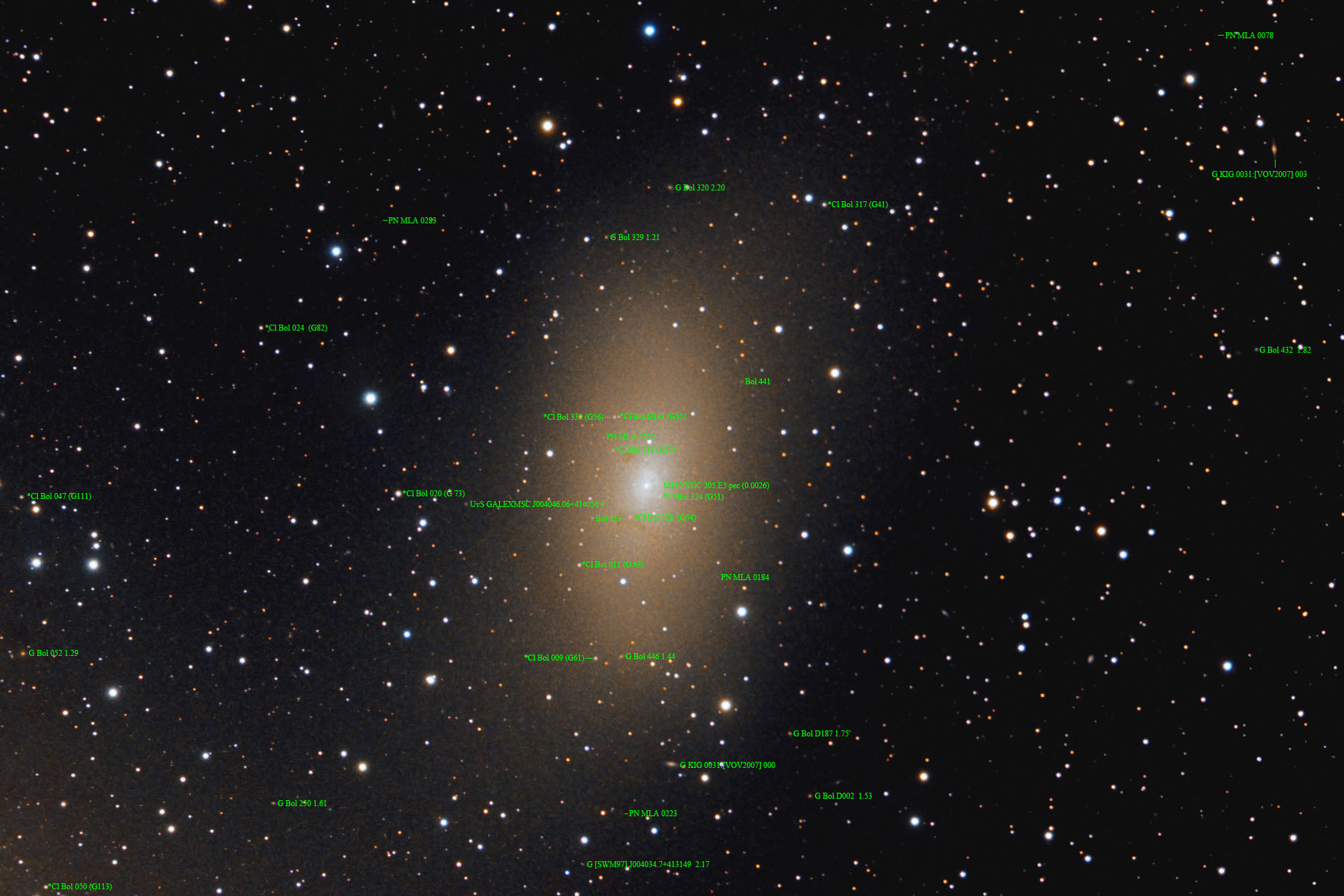 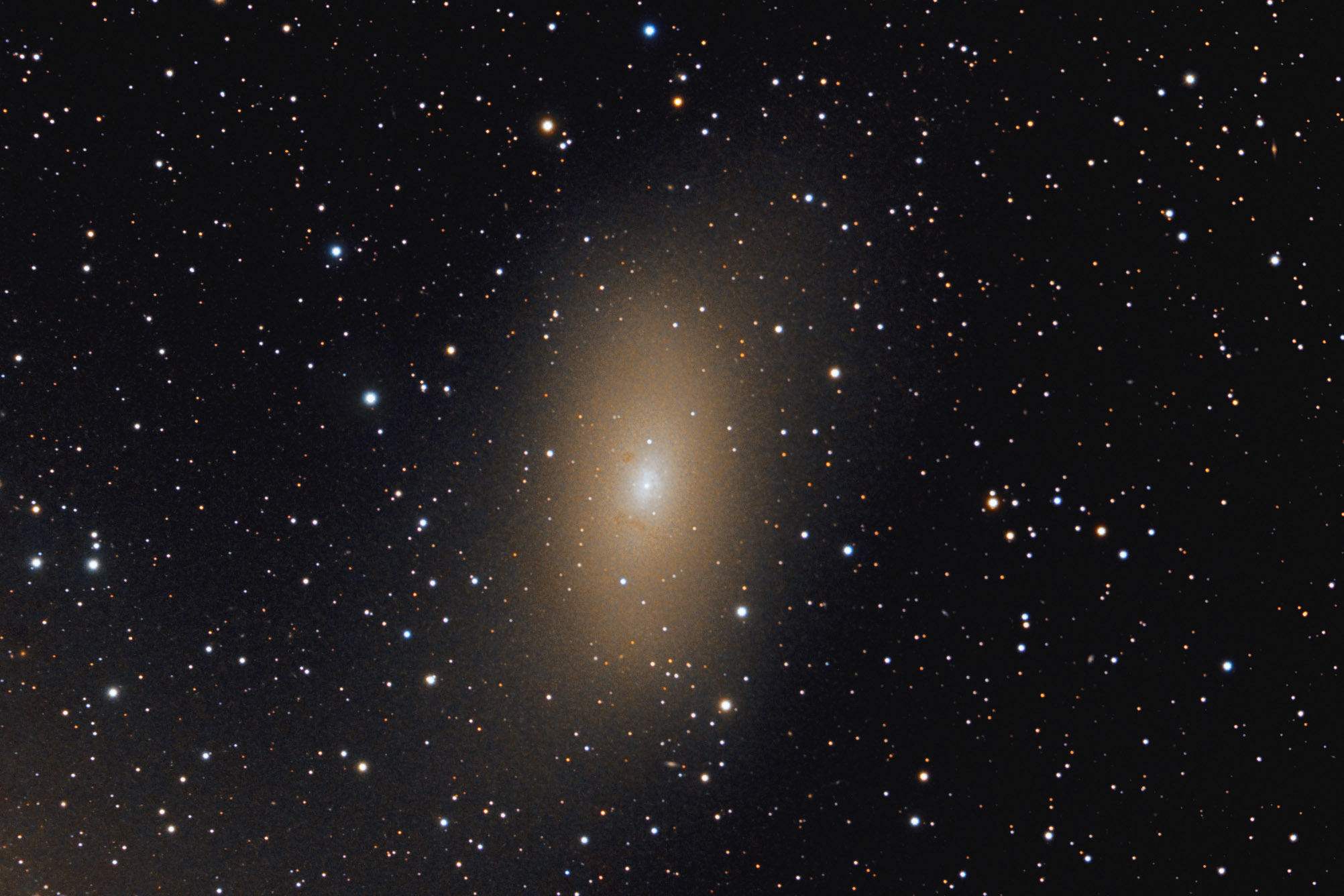