NGC 40 is a very red planetary nebula in Cepheus about 3000 to 3500 light-years away. The distance to these objects is hard to pin down. Papers indicate this nebula is interacting with the interstellar medium (ISM). It has two jets, a long one to the north and a fainter shorter one to the south. Many images on the net fail to pick these up which surprised me. The north arm is bent possibly due to the interaction with the ISM. See http://www.aanda.org/index.php?option=com_article&access=bibcode&Itemid=129&bibcode=2002A%2526A...391..689MFUL for more on this.

Conditions were horrible for this image. I was able to only use 2 of the 10 minute images and none of the 2 minute images of the bright regions were usable so they are rather burned in as is the central star. To better show the jet with limited luminance data I combined the two L images with one 5 minute one from long ago with the blue and red frames to make a pseudo luminance image. To show the weak nebulosity in the area I stretched it beyond reason. This hurt the stars but did allow some of the background nebulosity to be seen. 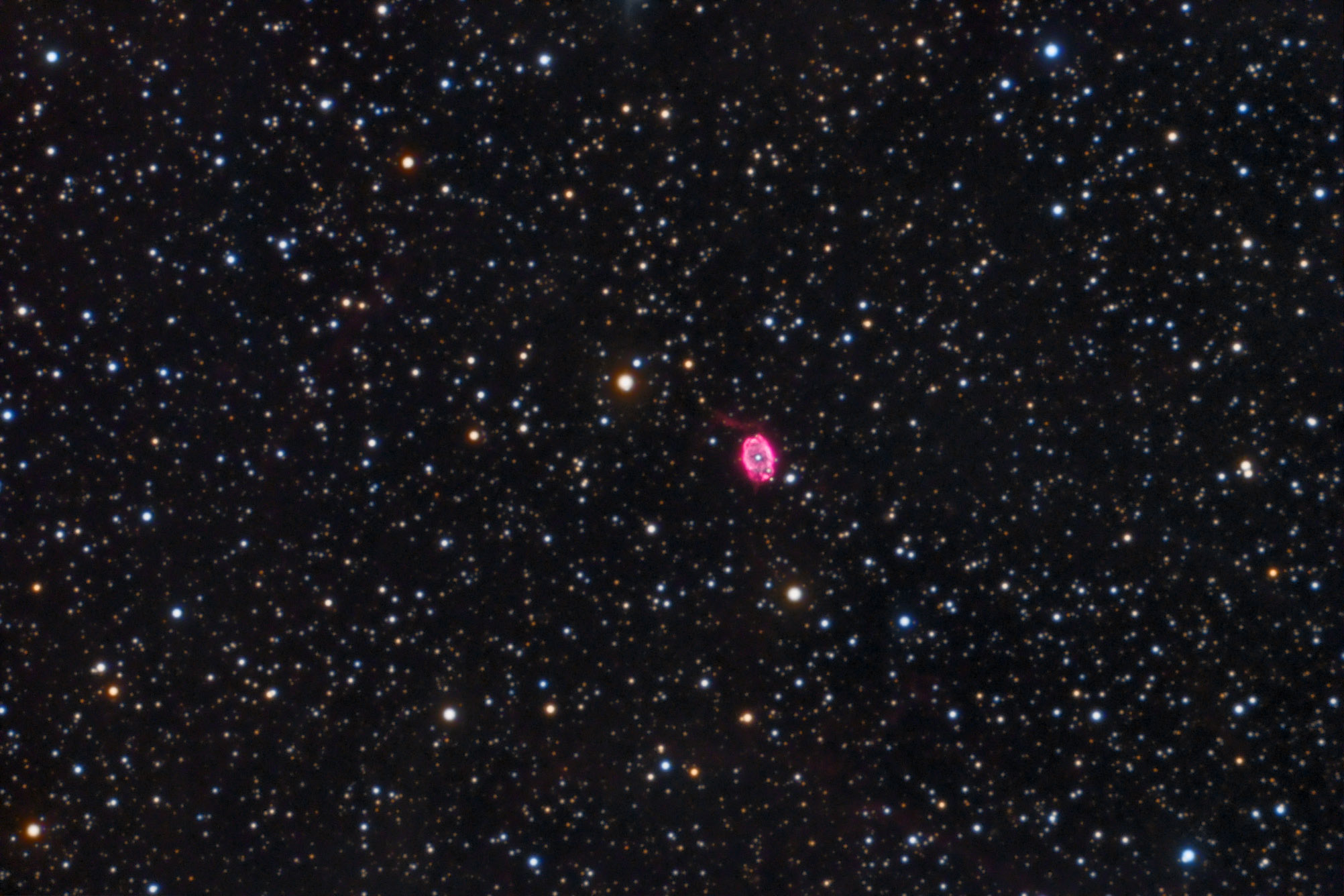 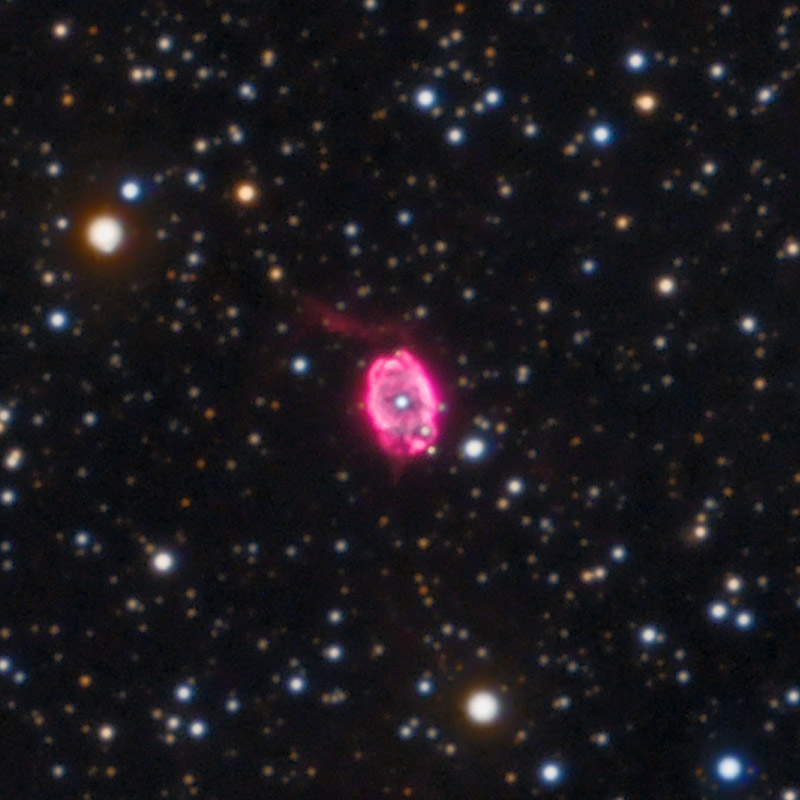