NGC 129 is an open cluster in Cassiopeia about 5300 light-years distant. Distances to open clusters are often hard to come by. Not in this case. The cluster is one of the youngest known, about 77 million years old yet does contain the Cepheid variable DL Cassiopeia. It is the orange star just right of center in my cropped image. As an important rung on the distance ladder, this cluster and star have been very well studied allowing its distance to be pinned down rather accurately for a change.

Unlike NGC 7261 an even younger cluster, this one isn\'t as reddened by dust so appears much bluer. Also, eXcalibrator found more stars with good spectral data that were in the cluster itself that allowed me to adjust fully for what reddening there was, about half a magnitude.

The cluster was discovered by William Herschel on December 16, 1788 and is in the original Herschel 400 observing program. The preliminary notes from that program I was working from said it extended to 6th magnitude, very blue HD 2626 15 minutes to the south. I had to move the cluster south to move the star well out of my field as it was sending in some very nasty reflections and flares. My comments from July 11, 1985 took issue with that star being \"in\" the cluster. They read: \"Large, rather bright, scattered cluster whose north edge blends into the background stars. Field star mentioned is a good 15 minutes south of the cluster and not \'within\' it as the writer indicates. Also, the cluster is larger than the 11\' cited (maybe 15\'). Even so, it can\'t reach the field star.\" Today most sources say it is about 20 minutes across rather than the 15 I saw. That still won\'t reach HD 2626.

A few galaxies are seen in the background but they are nearly star-like and have no redshift data so I didn\'t bother with an annotated image. 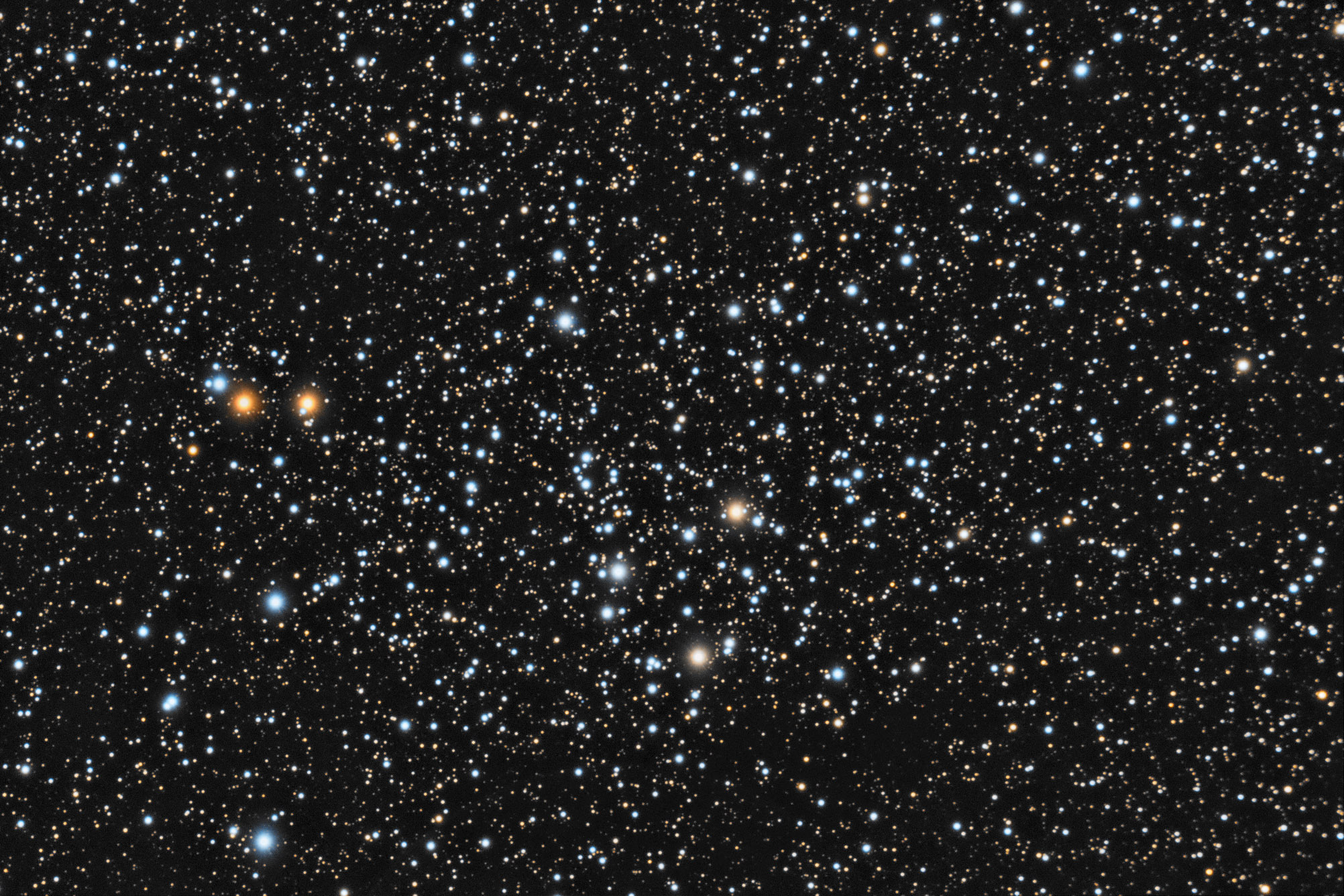