NGC 151/153 is a disturbed looking spiral in western Cetus about 160 million light-years from our galaxy by redshift while non-redshift measurements put it 150 million light-years distant, a very good agreement. Using the latter distance I get a size, including the drawn-out arm of about 140,000 light-years. While I call the arm on the left a drawn out arm it ends about 97\" of arc from the center of the core but the right-hand edge ends at 98\" of arc from the core. So the two sides are pretty equal, just that the eastern side is made up of this one arm and a lot of space with few stars while the western side has lots of stars in several arms and arcs giving the impression it extends further east than west when they are quite equal. The illusion was so strong I had to measure it again just to be sure I didn\'t make a mistake. Still, the two sides are very different and that begs for a reason.

Arp had a classification for spirals with high surface brightness companions on an arm. The arm usually appeared drawn out in these galaxies. Oddly many times the companion was only due to line of sight with the companion often much more distant. Sometimes it was a true companion and in others, no redshift data was available leaving the issue unanswered. This time we do have a redshift measurement that puts it slightly further away at 210 million light-years. The this leaves the issue a bit ambiguous in that they could be at about the same distance with the companion moving away from NGC 151/153 at a high speed. While possibly the situation is due a high speed encounter with a galaxy this small, it wouldn\'t likely create this much distortion so I have to consider these two as line of sight galaxies until further evidence comes in. Why Arp didn\'t include this one I don\'t know. It is a better example than some he did include.

There\'s nothing else in the field that would be a likely candidate for the odd asymmetry of the galaxy. I didn\'t check very far outside the field, however.

The galaxy was discovered first by William Herschel on November 28, 1785 with Dreyer recording that as NGC 151. On August 9, 1886, over 100 years later, Lewis Swift found it but got the RA wrong by about 15 to 20 minutes of RA. In fact, Swift recorded four \"new\" objects that night all with a similar time error. Turns out only one was really new the other three were already in the NGC. Dreyer caught two of these but missed this galaxy giving it the NGC 153 entry it carries as well as the 151 it earned over a century earlier. It is in the second Herschel 400 Observing Program but my notes from that vanished when I moved to Minnesota.

The nights I took this were very poor for transparency and not all that great for seeing. Due to the poor transparency, I planned a total retake but after the luminance was taken conditions went from poor to worse and the second round of color had to be rejected. Color balance is a bit questionable due to constantly changing transparency. I hope it is about right at least.

This is a reshoot of a poor seeing attempt in 2013. Not because I meant to but because I forgot NGC 153 was also NGC 151 and thought I was taking something different. Luckily it turned out better than the original so the time wasn\'t totally wasted. 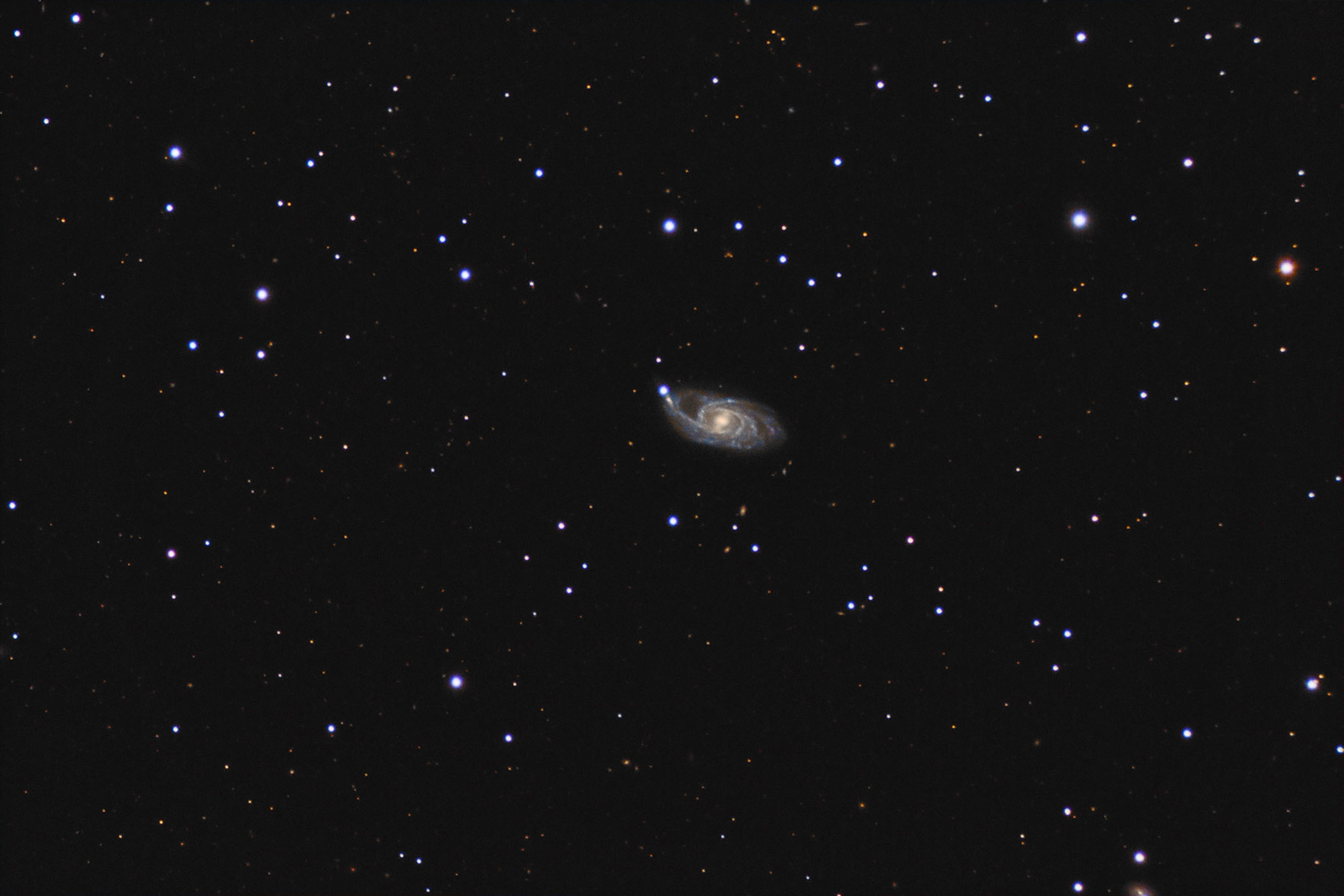 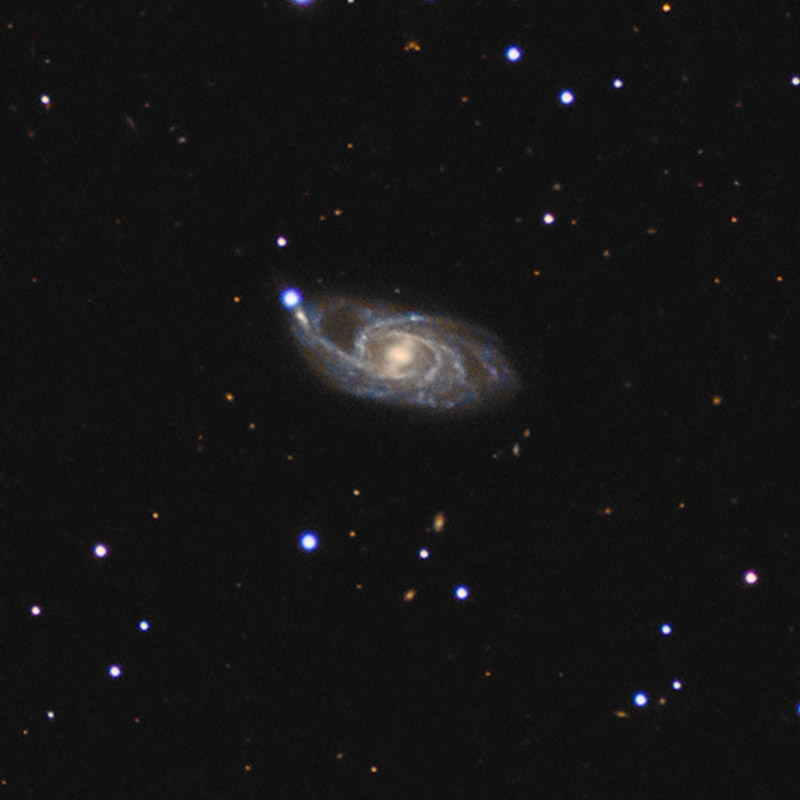 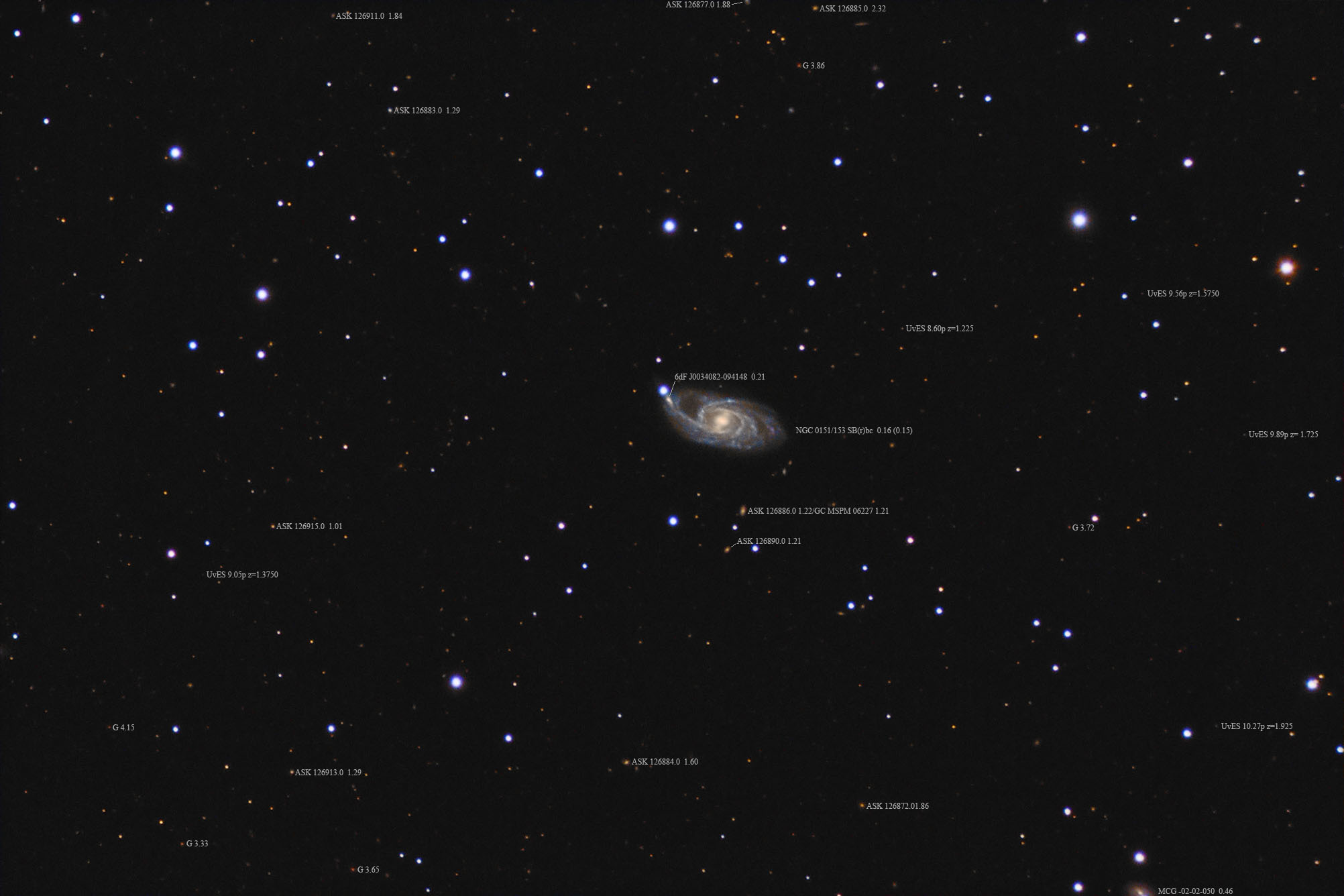