NGC 157 a spiral galaxy that\'s at a rather low declination for good imaging up here in the \"far\" north. Thus it isn\'t a very clear image. It will have to do for now. This galaxy is not part of a group. So that one unusual thing about it. Most galaxies are located on groups which are located in clusters which are located in superclusters etc. This one isn\'t one of those. Also, it appears to not have its quota of dark matter. Its rotation curve suddenly drops off. In a system with most of the mass at the center, such as our solar system, the objects farther from the core orbit more slowly than those nearer the core. Galaxies don\'t do this. Instead, they usually show a rather constant speed of the stars no matter where they are in the galaxy. Only in the very core does the expected speed seem to apply. Once out of the very center of the core the speed a star moves while orbit the galaxy is about constant. Since this defied both Newtonian and Einsteinian gravity it was a problem. Then it was discovered galaxies are embedded in a huge cloud of dark matter. Once this was taken into account the rotation curves of galaxies made sense. But this one turns more like Newtonian gravity would predict. Thus it has very little dark matter. Why? No one knows.

The galaxy contains a lot of star-forming regions but seeing was too poor the night I took this to bring them out. I\'ll have to try again if I ever get the needed seeing. Unlikely however as the time of the year it is best positioned is when warm and cold air is meeting in the fall to winter transition making for lousy seeing most nights.

The galaxy is located in Cetus. I can\'t find a good distance estimate but since it is a lone galaxy its redshift distance of about 60 million light years may be fairly accurate.

The galaxy was discovered by William Herschel on December 12, 1783. It is in the original Herschel 400 observing program. My entry for September 19, 1985 using my 10\" f/5 at 180 power on a fair but humid night reads: \"Large, irregularly oval patch of galactic light. No nucleus was seen!! Bright field stars either side with a hint of a faint pair on top of it. Seen when low on a hazy horizon.\" 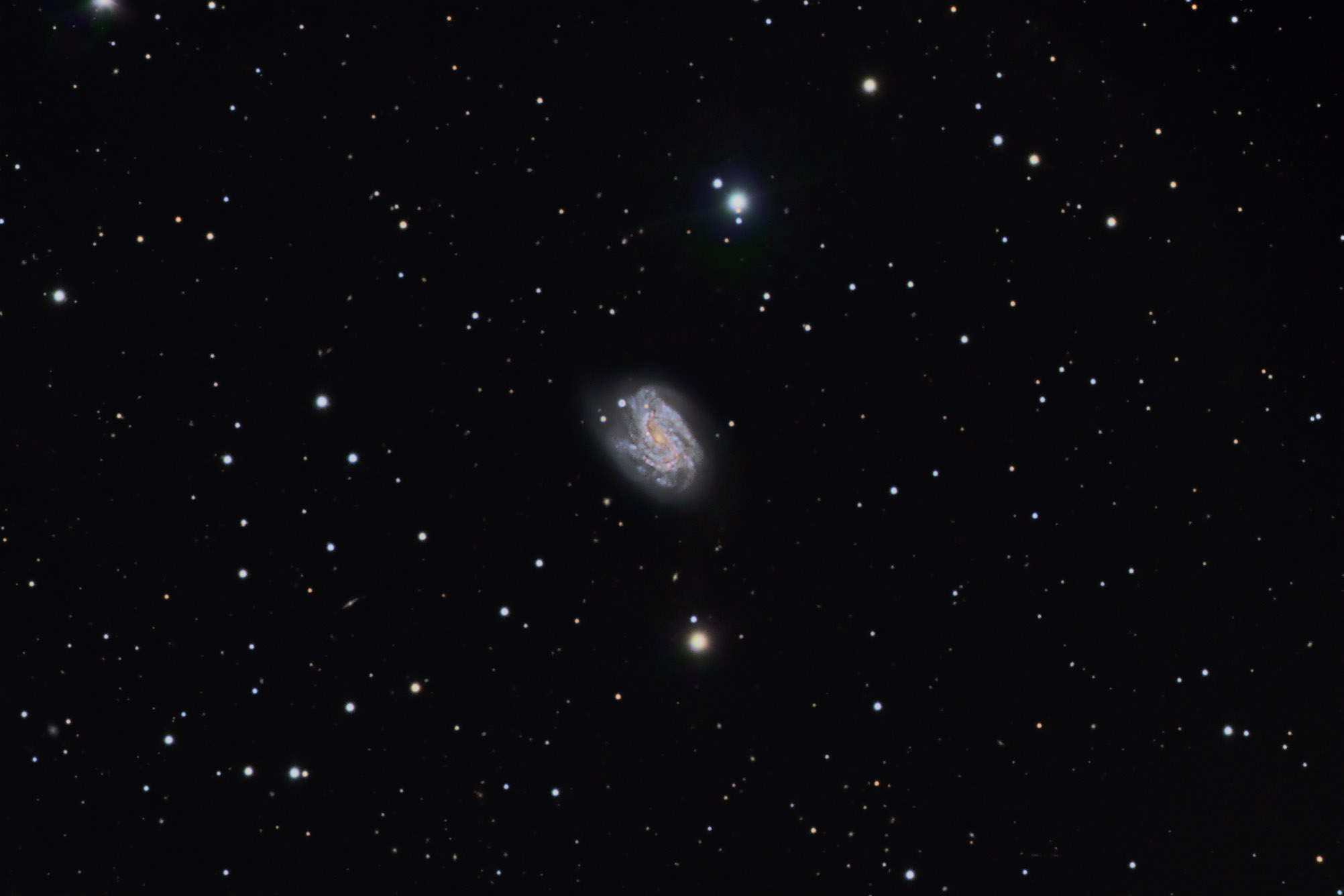