NGC 185 is a dwarf E3 galaxy that is likely gravitationally bound to NGC 147, another dwarf galaxy. Both are considered satellite galaxies of M 31. NGC 185 is a bit closer to us than M31, probably about 2.3 million light-years. It is a LINER and Seyfert 2 galaxy with dust clouds near the core. All this indicates the core has been the scene of recent star formation. This is born out by the core\'s rather blue color. Normally the core of a galaxy is made up of old population II stars which due to age are usually quite red. Due to lack of star formation for billions of years only red stars remain. NGC 185 is an obvious exception to this general rule with a core that contains new, massive, short-lived population I stars. It was discovered by William Herschel on November 30, 1787. It is is the original Herschel 400 observing program. My notes from July 11, 1985 on a good but with rising third quarter moon reads: \"Large, oval, puff of a galaxy that is larger than indicated. Seems more 4\' by 5\' to me. Easier than indicated even with a third-quarter moon rising in the east. Nearby NGC 147 was more of a challenge!\"

I managed to image this one on a night of better than average seeing. It was one taken automatically. I set it up when seeing wasn\'t all that great so stayed at my usual 1\" per pixel resolution. It could have been done at 0.5\" for more resolution than seen here. One penalty for imaging while sleeping. Still, I was able to resolve many of the new star clusters in its core and many of the stars throughout the galaxy. I found an image of the core region taken with one of the Isaac Newton group\'s telescopes on La Palma in the Canary Islands. Which one I don\'t know but since they range in size from 1 to 4.5 meters and have superb seeing I thought my image compares quite favorably. I don\'t see the core as blue as they do but then I don\'t see the rest in the odd greenish yellow color they do either. Their image was taken using photometric BVR photometric filters rather than those designed for the color response of our eyes. This may account for the color difference.

NED, while identifying a few galaxies in the field has no redshift data on any but two that appear to be the same object with different distances and magnitude estimates. Both are within the error circle for the other which has 6 times the area of their normal error circle. This makes identification impossible as I see only near noise level smudges within that circle. NED shows a quasar without red shift distance which is very rare. In fact, I don\'t think I\'ve seen that before. The error circle is huge, 5\" of arc. Only stars in that circle are either too bright by far or a magnitude too faint by my measurement. No filter is given for the magnitude estimate, however. 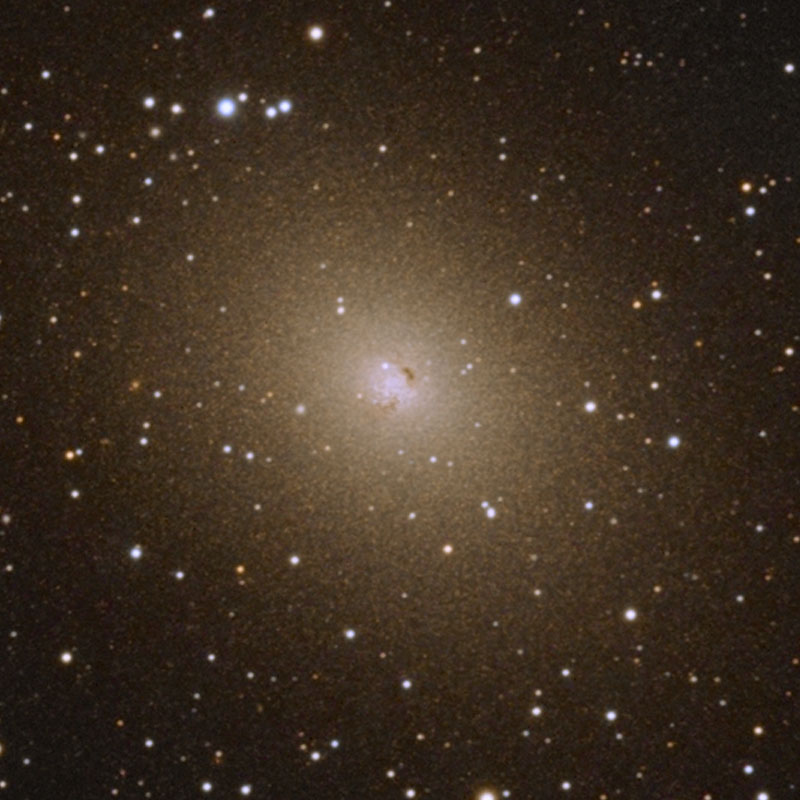 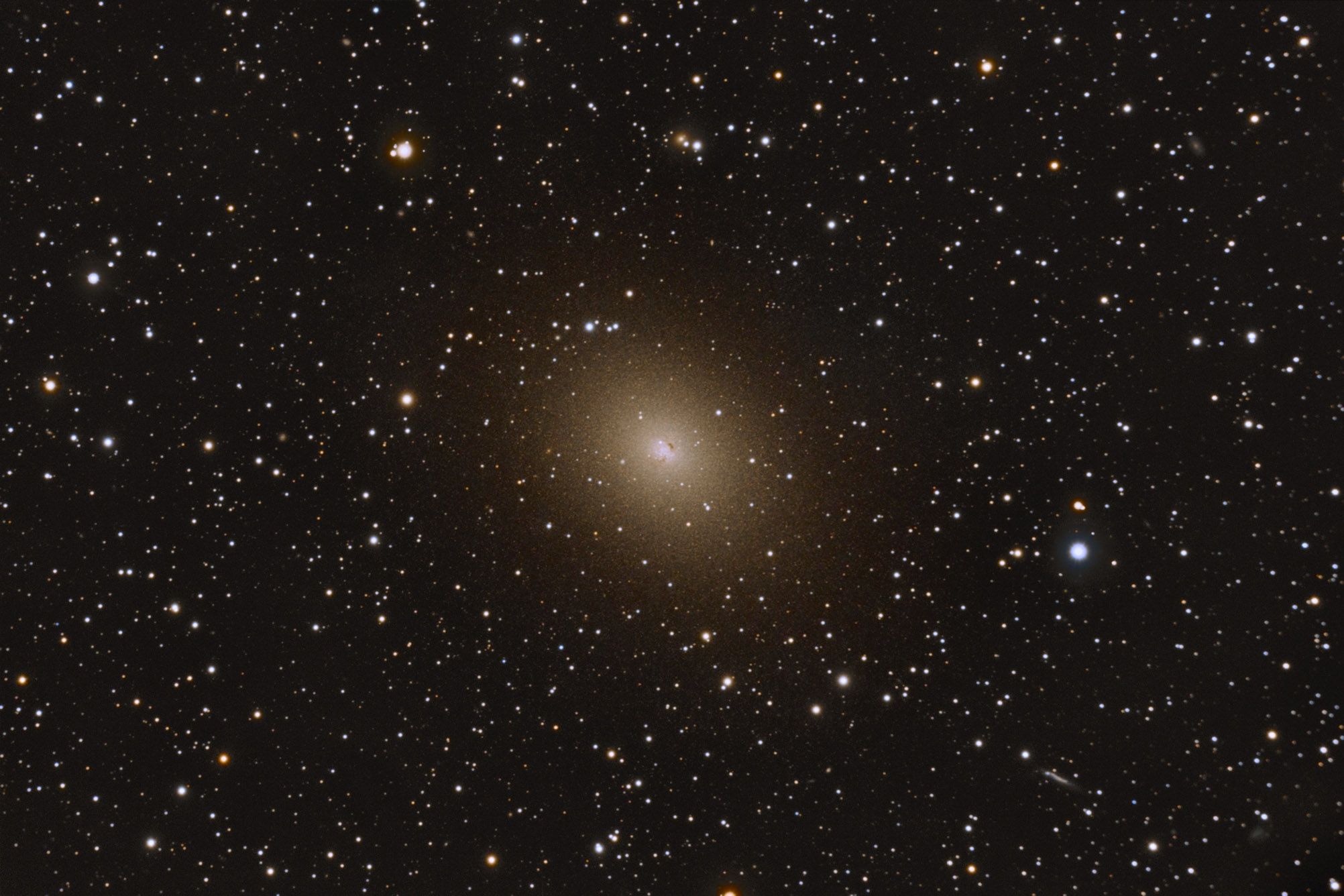