NGC 188 is the northernmost and one of the oldest known open star clusters. It is less than 5 degrees from the pole and over 5 billion years old. What surprised me was that at such an old age it has a rather large population of blue stars. I found surprisingly few color images of this cluster but what few I found also saw the large population of bright blue stars. I was then surprised to learn there are 21 known blue stragglers in this cluster. They are common in globular clusters where the idea is that stars are so compact collisions near the core can occur creating a massive blue star in place of two old yellow or red stars. That doesn\'t seem reasonable for an open star cluster, however. It\'s thought these are close binary stars with one member now an unseen white dwarf. During its giant phase, the companion acquired most of the outer halo of the more evolved companion increasing its mass turning the star into a rather massive blue star while the evolved companion was quickly reduced to white dwarf status. But there are far more than 21 blue stars in my image. So which are the blue stragglers? I have no idea.
http://www.astro.wisc.edu/news-events/featured-science/fountain-of-youth-how-blue-stragglers-stay-young/ It was discovered by John Herschel on November 3, 1831.

While there are some galaxies in my image only two are listed in NED and neither has any redshift data. Several others, including several galaxy clusters are listed but none are identifiable in my image. The clusters seem to be seen mostly in X-ray \"light\". Therefore I didn\'t prepare an annotated version.

Imaging this near the pole requires highly accurate polar alignment. If it isn\'t virtually dead on exposure time will be severely limited due to rotation around the guide star. \"Common sense\" might say that since you are very close to the pole there\'s little movement so the alignment accuracy wouldn\'t be an issue. The problem is the further away from the center of your image you guide the worse the rotation is. At the celestial equator, my field is only about 2 minutes of RA across. Up here it is 27.5 minutes at the bottom of my image and 28 minutes at the top. The over 12 times increase is also a measure of how much more accurate polar alignment must be to avoid field rotation around a guide star. I avoid this issue by being so accurately polar aligned with a dense T-point map so that guiding isn\'t necessary. It really pays off when shooting this close to the pole. It might explain why so few color images are seen of the cluster and even those don\'t go very deep due to short exposure times. Likely some of these short times are due to rotation issues when near the pole. 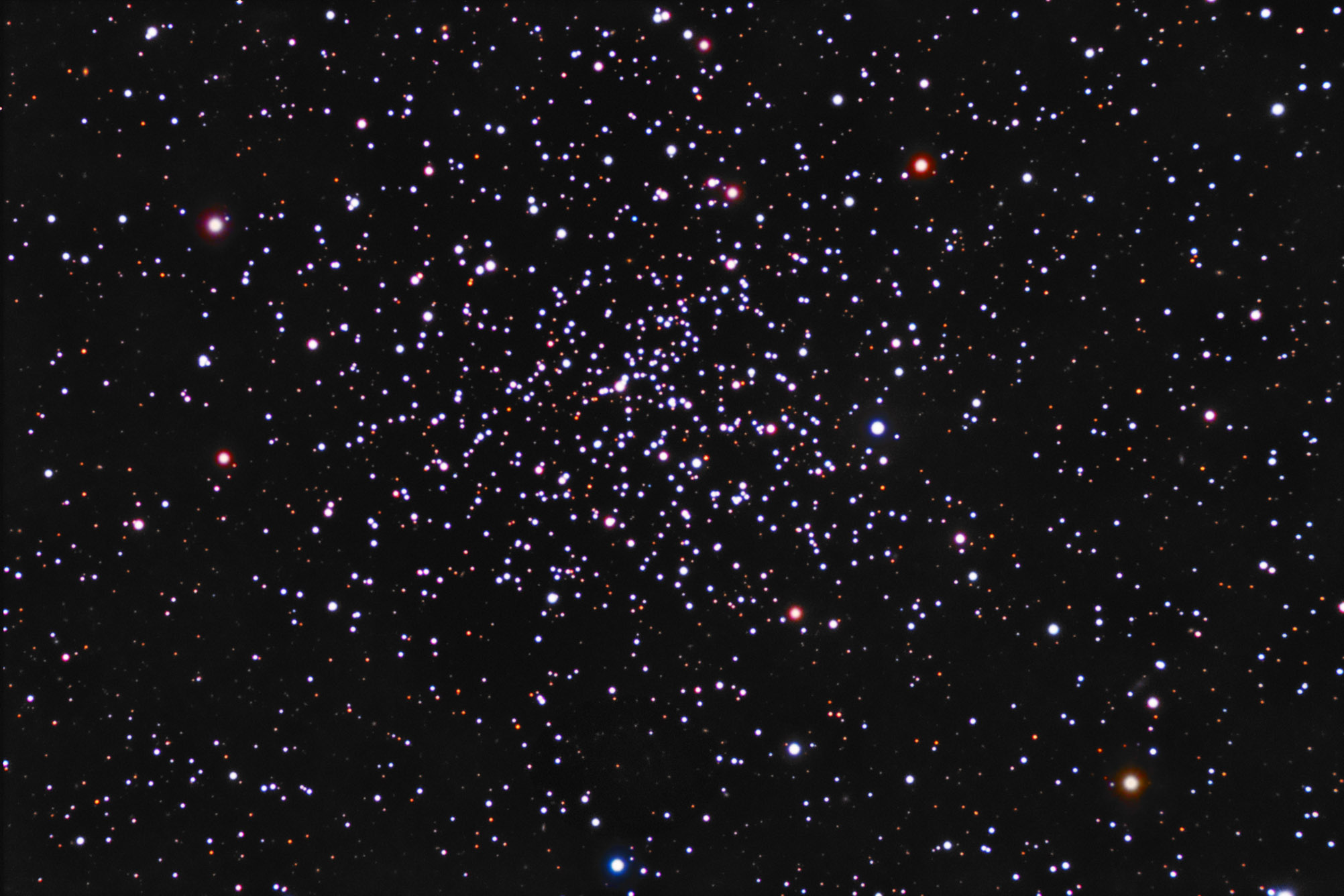