Hickson 7 consists of the 4 NGC galaxies; NGC 192, 196, 197, 201. They are the 4 largest of a group of galaxies about 180 million light years away in the northwest corner of the constellation of Cetus. Westernmost NGC 192 is classed as (R\')SB(r)a?. Its inner arms coming off the bar form a nice ring. Two very thin arms come off this ringlike structure. Is this a result of interaction with one or more others in the group sometime in the past? To the east is NGC 196, it is classed as SB0 pec? Like NGC 192 it is a rather red galaxy with few blue stars except in the outskirts. Below it is NGC 197. It also is classed as SB0^0 pec. But it is very blue and has a couple blue arc on its southwest side. Furthest east is NGC 201 which seems to me a very good candidate for Arp\'s \"split arm\" category. After the split the upper arc is very blue compared to the lower one. It is classed as SAB(r)c. Other than the split arm it is the only mostly ordinary galaxy in the group.

As usual with well surveyed fields I\'ve provided an annotated image. Galaxies identified by catalog entry that are members of the group and thus about 180 million light years away, are just dwarfs compared the the 4 major galaxies in the image. Those not members of the group are shown by their distance in billions of light years. The group member northwest of NGC 196 appears to have a faint plume through it. Probably comes from IC 196 but possibly those are its stars in the plume.

NED lists over 6 galaxy clusters as being in the image. Most I failed to identify. But notice the red galaxy near the bottom a bit right of center at 3.2 billion light years. It anchors the galaxy cluster SDSS CE J009.833157+00.701518. It can be seen as very faint fuzzies around the far larger core galaxy. Many clusters have a huge elliptical at their core. This one seems far larger in comparison to the other members however. A similar giant elliptical anchoring a cluster is near the left edge below center. Both are marked with a G/GC label. Though I see no obvious members for this second one. The only other galaxy cluster I could find is only 1.1 billion light years distant. It is near the left edge below center and identified with a GC label. In the lower left corner you\'ll find an object labeled UvES which is an Ultraviolet Excess Source, most likely a quasar considering its distance of 9.6 billion light years. To the NW is a small galaxy above the asteroid (22920) Kaitduncan. While it is reasonably bright it is another not in in the SDSS catalog or any other than the an entry in the Automated Plate Measurement United Kingdom Schmidt catalog of anonymous galaxies. How this happens is still a mystery to me. Usually, as in this case they are rather blue in color. I have no idea if that is coincidence or enters into the omission.

The faintest galaxy in the image that is labeled is the lower of two at 5.6 billion light years toward the lower right corner. It is 22.5. The upper one is listed at 22.2. The galaxy at the bottom just right of center at 6.6 billion light years is brighter, 21.5 but it is quite noticeably elongated spreading that light out making it harder to see. It must be huge to show an angular size at that distance.

There are 6 asteroids in the image. One, while barely visible on the luminance FITS stack was nearly lost when I stretched NGC 196 so it\'s full extent was visible. Using the clearer FITS data I\'ve marked its location anyway. Of more interest are the two asteroids toward right center. Their trails virtually overlap. I never had that before. The asteroids and their magnitudes are:

Mashu was bright enough its color channels barely show up. I\'ve included them so the trail I show on the annotated image extends beyond the obvious luminance trail though you may need to enlarge the image to see it. Mashu\'s name is explained: \"Named for one of the lakes in Akan National Park, which is located in eastern Hokkaido, a one-hour drive from Kitami and Kushiro. The caldera lake is 20 km in circumference, covers an area of 19.6 square km and has a maximum depth of 212 m. No rivers flow into or out of the lake, which is one of the most transparent in the world, although its surface is almost always shrouded in fog.\"

The other named asteroid Kaitduncan is named for another high finisher in the Intel science contest. Her asteroid\'s citation reads: \"Kaitlin Duncan (b. 1989) is a finalist in the 2007 Intel Science Talent Search (STS), a science competition for high school seniors, for her behavioral and social sciences project. She attends the Plainedge High School, North Massapequa, New York.\" 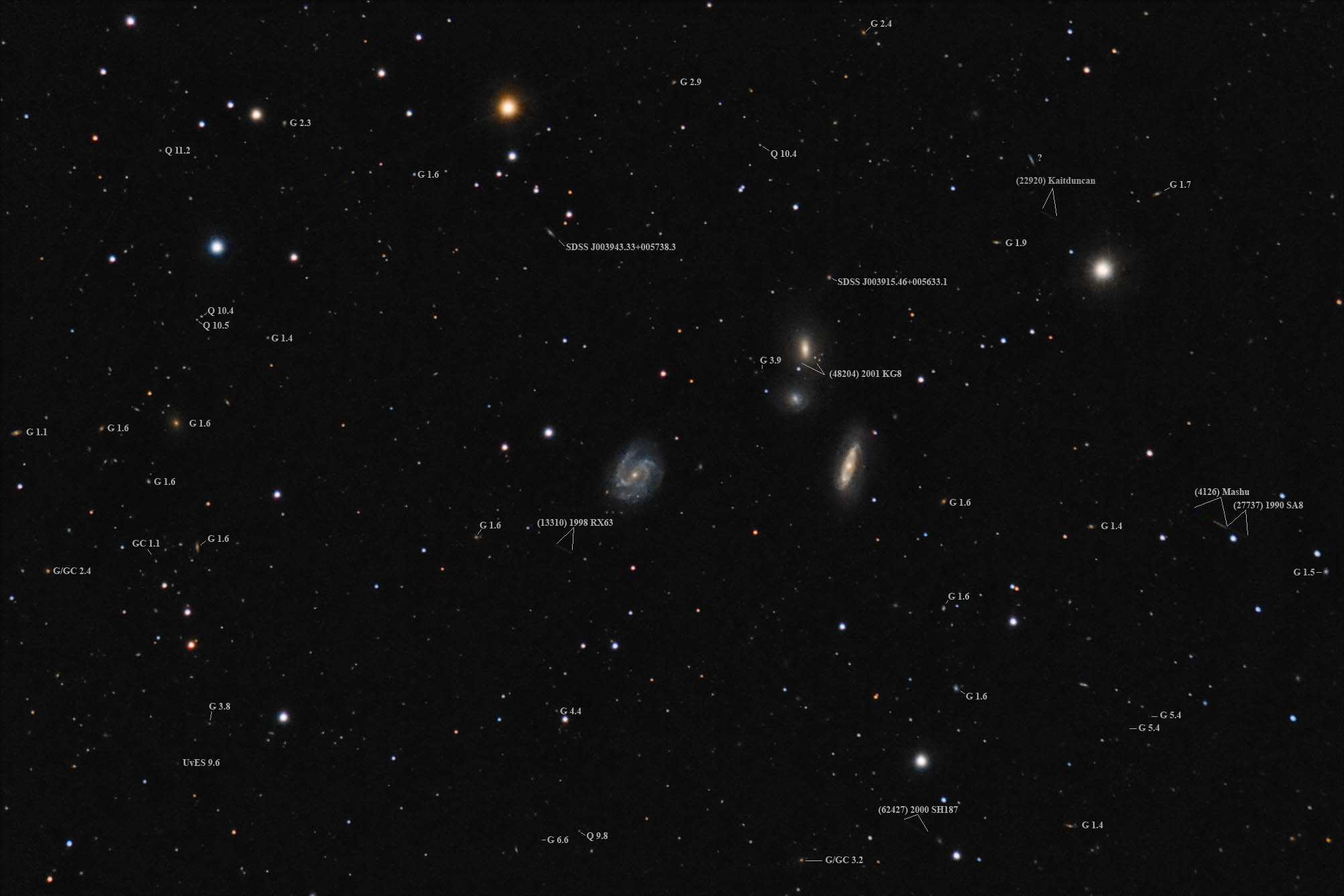 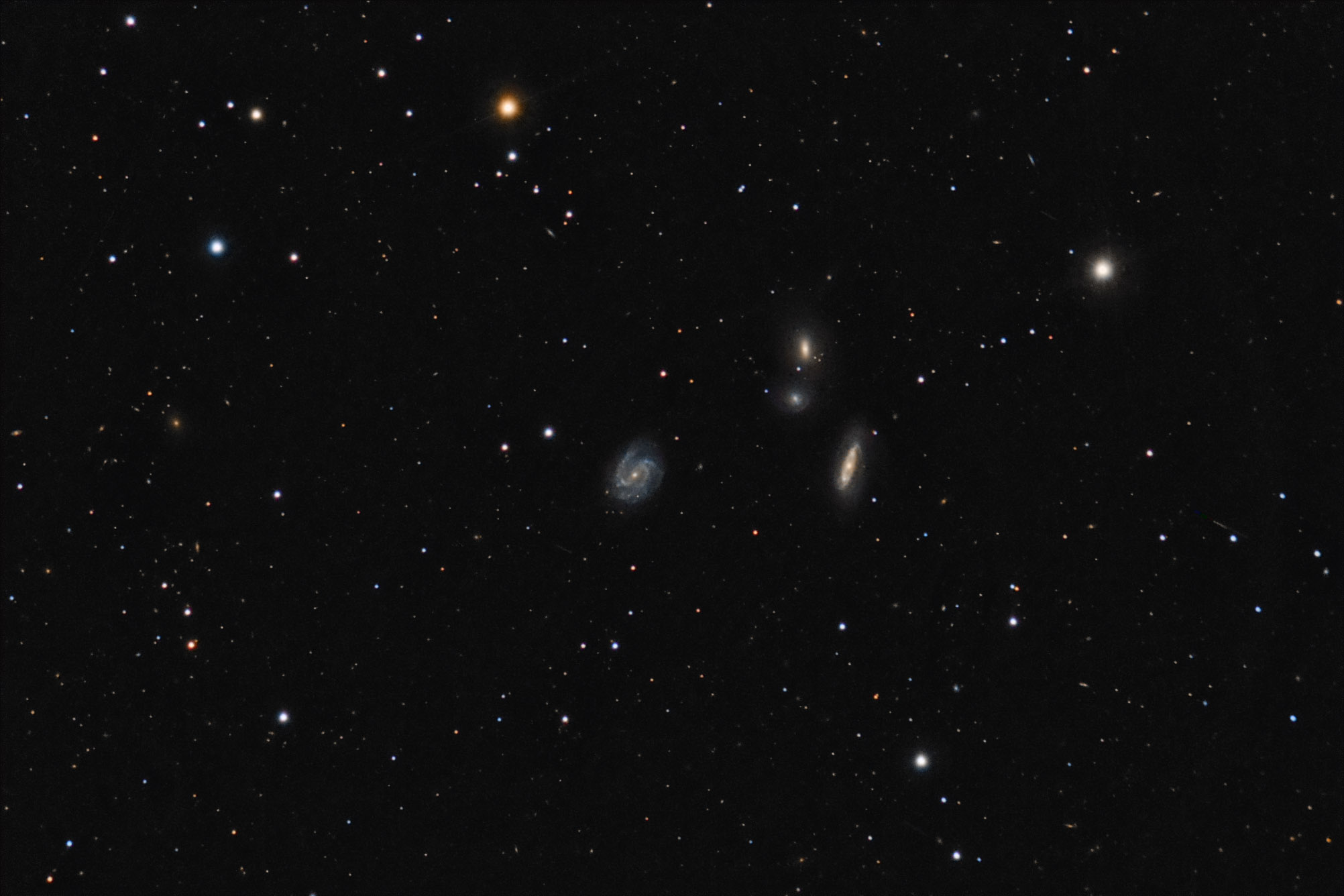 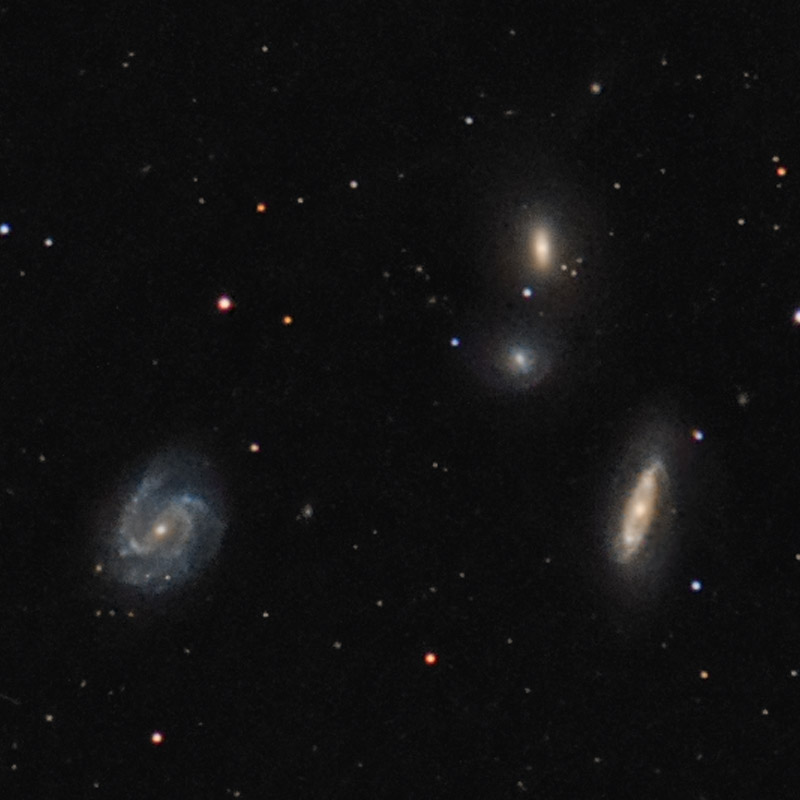