NGC 210 sure belongs on Arp\'s list though somehow he missed it. Could be the detail just wasn\'t visible to film of his time but the dust lanes were known in 1961. I had to really process the heck out of it to show the features near the core. Namely the odd dust lane(s) that cuts across everything and the ring of star clouds around the core. I see the dust lane on a couple internet images but didn\'t suspect the star clouds that popped out when I processed for the dust lane. I believe they are real as I can see them if I do a histogram stretch of the region with just the right values using the raw FITS file stack. The high pass filter though brought them out much better in the processed image. Most papers refer to there being two dust lanes. At first, I thought I saw two, a short one coming from the north to the core and a much longer one coming in from the south but after processing they merged into one. If so it/they may be a foreground feature and not part of the galaxy at all. Unlikely but possible I suppose.

NGC 210 is also odd in that it has a bright inner core (greatly reduced in intensity in my image to preserve detail) that is a tight spiral disk with a small nucleus. Outside this are two wide spread arms in a faint disk. There\'s only a faint hint of a bar connecting them to the inner bright region. Sort of like a barred spiral whose bar has faded nearly away.

I find it classed SbI one place, S(rs)b another and SAB(s)b yet another. NGC project says SAB(s)bI. Take your pick. It lies some 60 to 70 million light-years from us as best as I could determine.

A radio image if the galaxy shows it has an HI (non-ionized hydrogen) tail that extends down to and a bit past the galaxy to its southeast in my image, PGC 169998/2MASX J00410068-1358160. This is just a coincidence as that galaxy is some 700 million light-years distant and thus not involved. Though the tail does indicate it has interacted with some other galaxy in the past. No, it\'s not the one to the NE. I agree it is really strange as well and certainly could be a candidate. It is PGC2454/MCG -02-02-082 but it is 370 million light-years from us so too isn\'t a candidate. But it sure ran into something it appears.

More likely is NGC 178 out of the image to the southwest that tangled with NGC 210. It is still to be imaged, unfortunately. These are at -14 degrees so further south than I can go except for rare nights. I never got another after taking NGC 210 last fall. There are other candidates such as PGC 2465 out of the image to the north-northeast as well as some others that form a small group with NGC 210 being the core. All have redshift values in the 50 to 70 million light year range so likely do form a true group that could have had all sorts of interactions in the past.

This field is not covered by the Sloan survey so few galaxies are cataloged and most that are are just anonymous listings in the UK automatic plate measurement survey that records only brightness and crude spectral data. A few IR galaxies from the 2MASS survey are included as well.

Adam Block\'s image of this galaxy, http://www.noao.edu/outreach/aop/observers/n210.html, shows what appears to be an extended outer halo about the galaxy. I put more luminosity time into it, more than he did in fact, but I saw no sign of it in my stack.

It was discovered by William Herschel on October 3, 1785. It isn\'t in either Herschel 400 program.

An interesting article on this object is at:
http://www.springerlink.com/content/d716m73032388m6v/fulltext.pdf 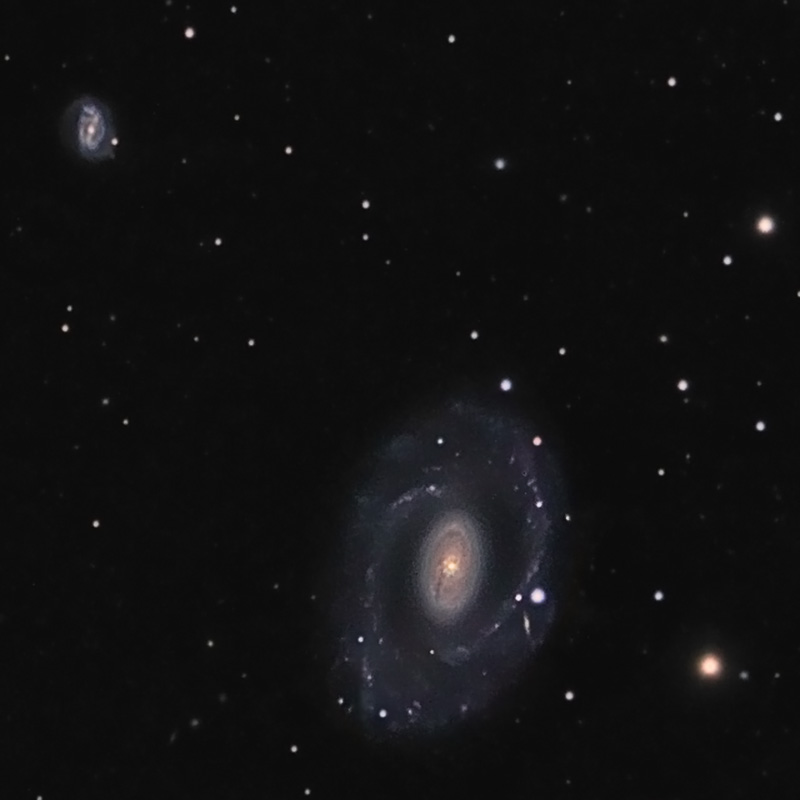 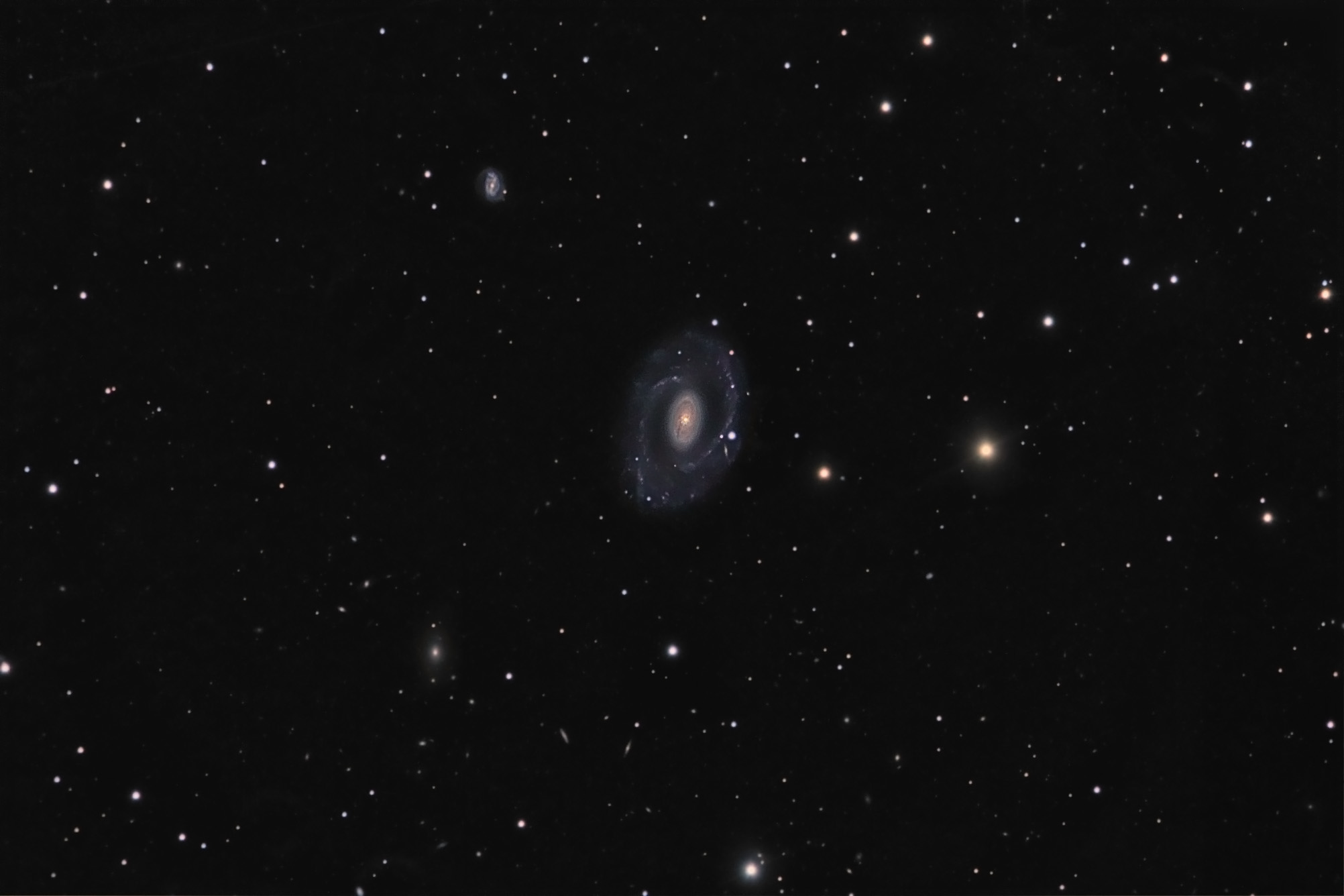