NGC 218 is the western member of an interacting pair of galaxies. It is also known as PGC 2720. Problem is most sources, including The Sky and the NGC Project, for example, list PGC 2493 as NGC 218. So if looking this one up, be sure you go to the right galaxy. Arp had a category for galaxies exhibiting what he called \"wind effects\". This one certainly appears to belong in that very misleadingly named category.

NGC 218 is a highly distorted spiral that NED (they get the right galaxy) classifies as Sc while Seligman (also gets the right galaxy) says Sbc? pec. To my eye, Seligman gets it right. One paper considers it a starburst galaxy but does note there are peculiarities to its radio signature that don\'t fit a starburst galaxy. The galaxy, it is obviously interacting with, is MCG +06-02-017/PGC 2726. The pair are VV 527. Redshift measurements put the pair at 490 million light-years distant in the constellation of Andromeda about 5 degrees south of far more famous M31, the Andromeda Galaxy. This great distance means that NGC 218 is huge. Including the plumes, I get a size of 260,000 light-years. Ignoring the plumes and drawn out arm it is still over 100,000 light-years in size. The red companion is 115,000 light-years in size including the odd south going appendage and about 85,000 light-years ignoring it. NGC 218 was discovered on October 17, 1876 by Édouard Stephan.

For a discussion of the mix up on the identity of NGC 218 see http://cseligman.com/text/atlas/ngc2.htm#218 Unfortunately this was taken with the poor transparency and even worse seeing so I missed a lot. The best image of this pair I know of is Adam Block\'s image at: http://skycenter.arizona.edu/gallery/Galaxies/NGC218

In the southwestern portion of the image is a trio of interacting galaxies. They are well shown in Adam Block\'s image (32\" scope on a top imaging mountain helps greatly) shows this trio quite well. I\'d not found his image when I processed this image and at first though the faint plumes from this trio were not real but due to a dust mot that had vanished from the optical window of the camera. I almost processed it out but luckily decided to leave it in. The galaxy on the left is PGC 2077321. The one on the right is 2MASX J00454158+3614374. The one in the middle is a quandary. NED shows GALEXMSC J004542.42+361437.5 between the two but puts it 4\" too far north. Its position error bar is only a bit over 2\" in radius putting it too far north. But with nothing at the given position I have to assume the error bar is itself in error and this is the intended object. Unfortunately, NED shows no magnitude for it. The Sky has neither of the last two in its database. It does put a magnitude of 16.5 on PGC 2077321 which appears reasonable. NED doesn\'t even have a magnitude for it. I assume all three are interacting and kicking up the plumes. But I found absolutely nothing on any of these three.

As there\'s a lot to this one I missed I should try to reshoot it under better conditions but even then I\'d not have skies like Adam has atop Mount Lemon in Arizona. Even my poor image makes it look like NGC 218 is trying to reach out and touch MCG +06-02-017. 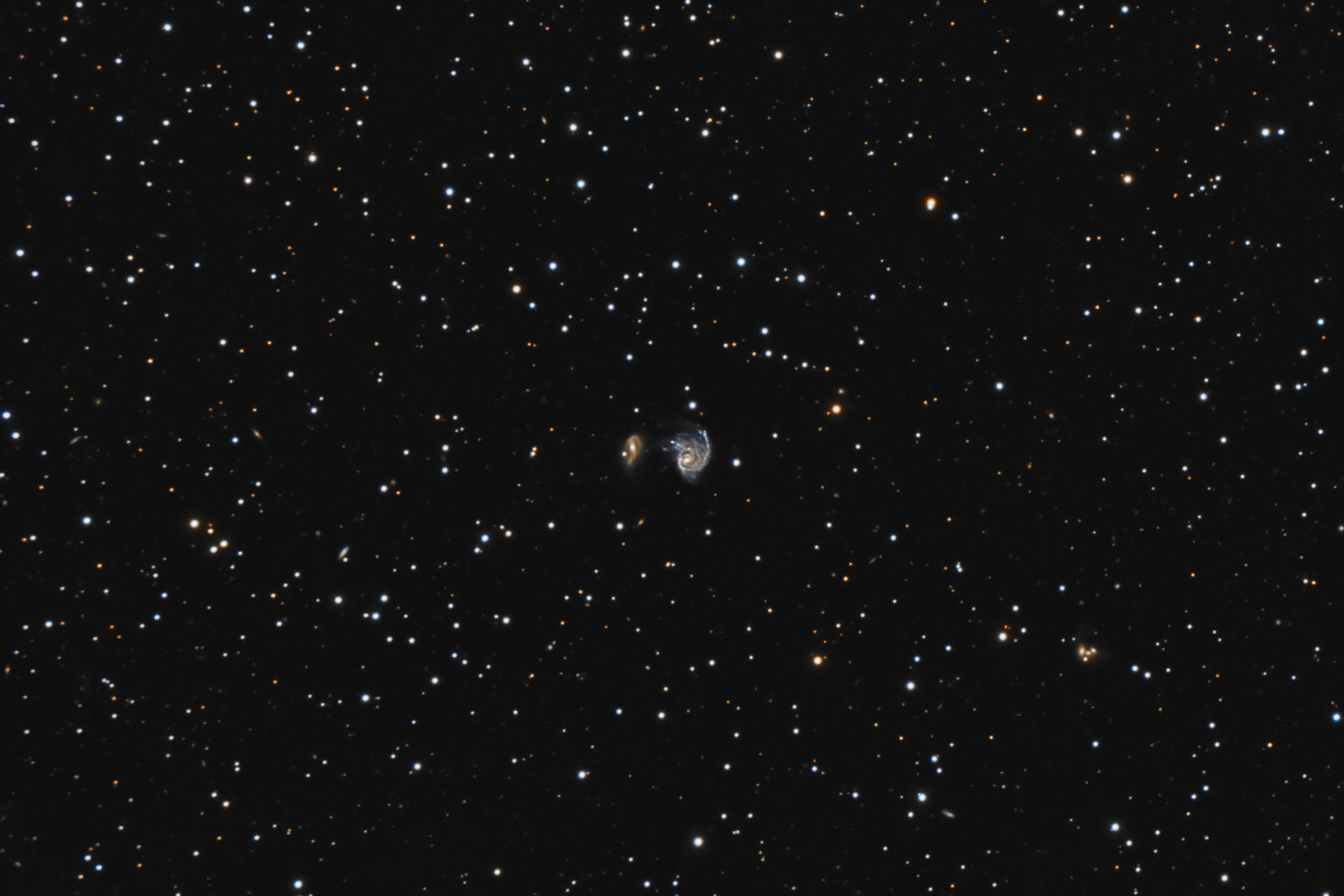 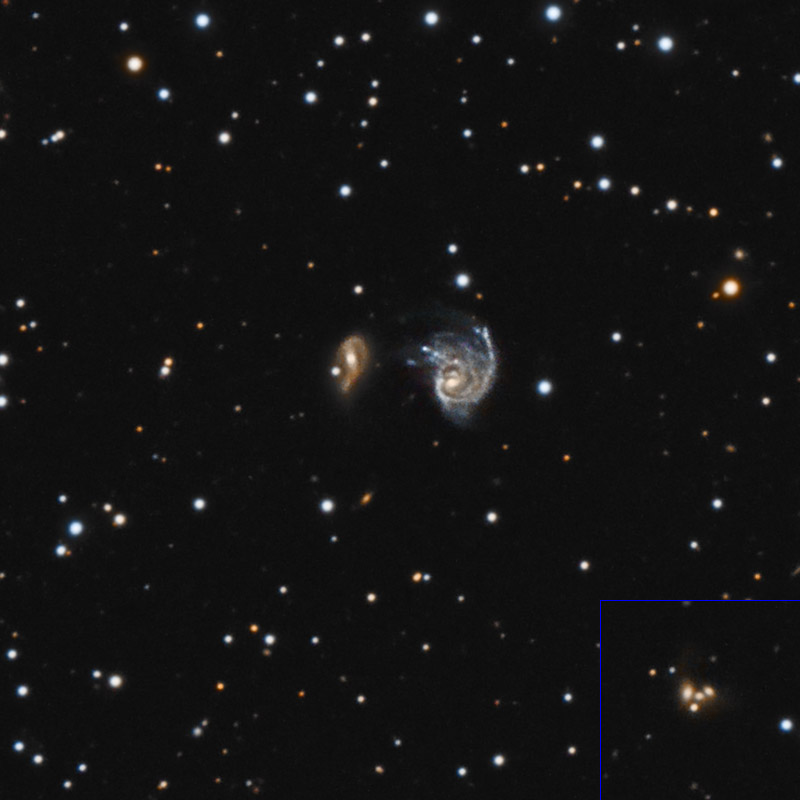