NGC 278 is a brilliant, face on, somewhat flocculent spiral in southern Cassiopeia about 6.5 degrees north of M31. That\'s about all I can find on it that astronomers agree upon. Distance estimates range from 14.8 to 38.5 million light-years. Some, including NED and the NGC project, classify it as a barred spiral SAB(rs)b. Yet others say it is just Sb adding: \"Both optical and near-IR images indicate that this SAB galaxy is not actually barred.\" Others point to the spiral structure being traced to within 2\" of the core which is either a point source or a 2\" diffuse disk depending on which paper you read. There\'s little agreement on anything about this galaxy it seems. The spiral structure while of high surface brightness (unusually high in fact) has a very muted fuzzy look to it. I get the feeling I\'m looking at it through a thick fog. The spiral structure is surrounded by a diffuse reddish disk. Or is it a sphere and this is what is creating the \"foggy\" look? Since there\'s a dark band separating the bright inner spiral structure from the outer red diffuse area and the features of the is dark band extend into the red, featureless area I\'m not sure if the sphere idea works. I did a lot of pushing to get the spiral structure to show. Still, there\'s a foggy look to the galaxy to my eye. Processing the very bright spiral disk and the faint outer disk makes this one rather a challenge as the brightness range is unusually high. While I call the galaxy flocculent, unlike a typical flocculent galaxy the arm segments are organized into easy to follow arms, it\'s just that these arms are made up of many short segments.

Conditions were poor for this image as noted by the broken trail of the bright asteroid (45878) 2000 WX29 to the left and a bit down from NGC 278. The gap is due to clouds. Note too the very start of the trail is the brightest portion (conditions were good when I started) then there\'s a very short break and it continues fainter as the trail fades away. I had to shut down for some time. Conditions did then look rather good so I started in. Note the start of the second trail is a bit brighter than the rest indicating it again went somewhat downhill. Color data was taken days later when the asteroid was long out of the field. Seeing was well below average though this is quickly becoming the new average, unfortunately. The galaxy was discovered by William Herschel on December 11, 1786 but is in neither of the H400 observing programs.

The only other galaxy in the image that NED had any redshift data on is CGCG 550-017 below and a bit left of the start of the asteroid trail. Its redshift puts it somewhat over a half billion light-years distant. With only the two galaxies and one asteroid, I didn\'t bother to prepare an annotated image. 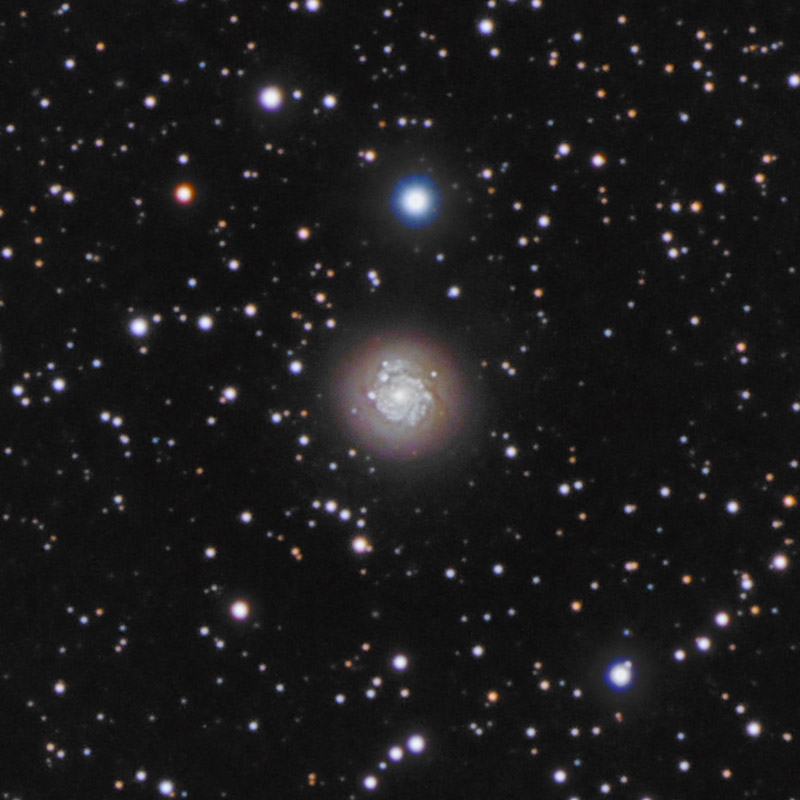 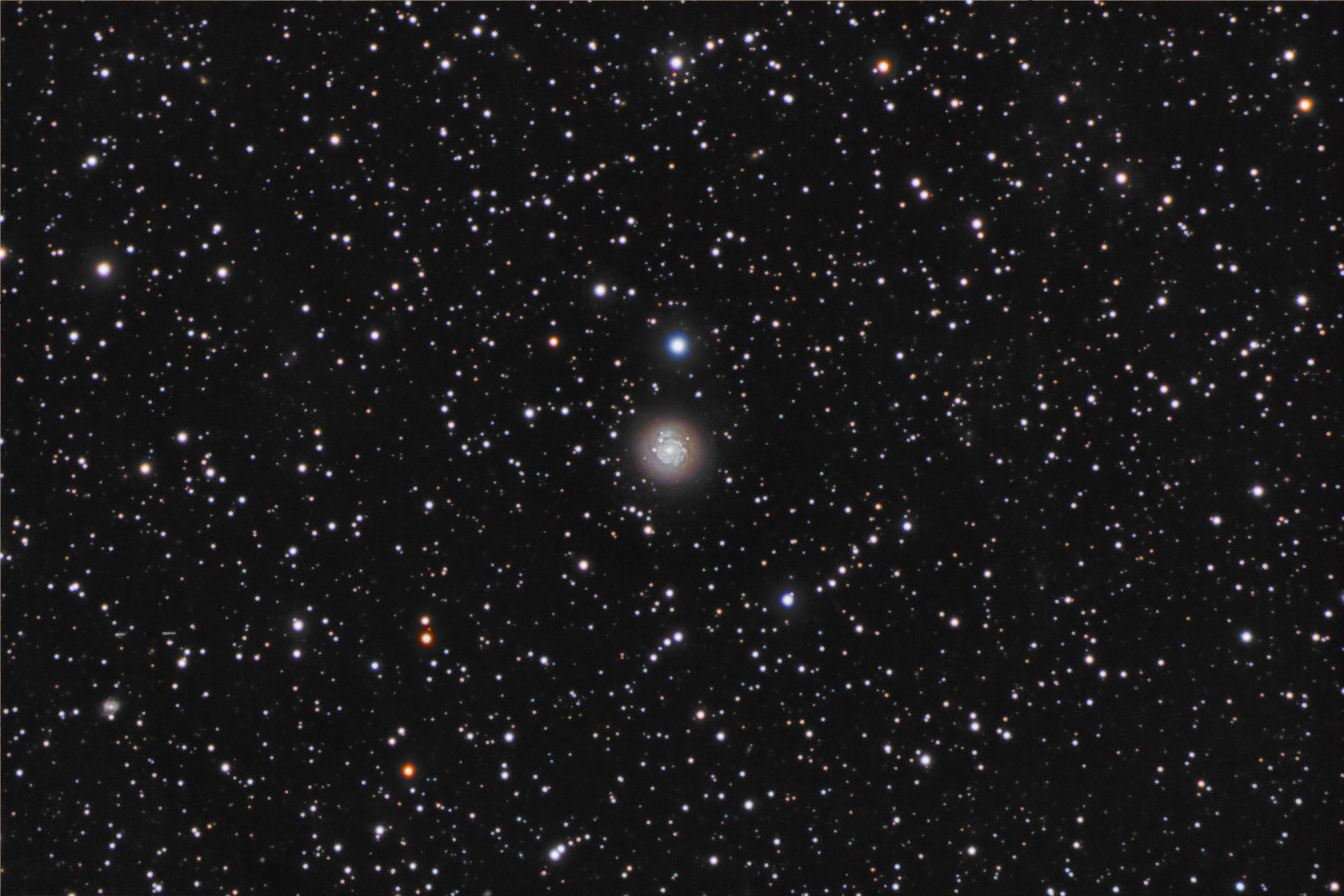