NGC 317 is a pair of interacting galaxies a bit under 4 degrees from the center of the far more famous and nearby galaxy, M31 in Andromeda. The pair is about 230 to 240 million light-years distant by redshift. Actually, it is a triple system with CGCG 536-014 to the south. The northern galaxy of the pair is NGC 317A and is classed as S0 by NED. A note at NED adds: \"Neutral, spherical compact, with a faint blue halo.\" In my image, I see a blue blob in this halo indicated by the question mark in the annotated image. It isn\'t listed in NED. I have no idea what it might be. NGC 317A is about 47,000 light-years in diameter assuming the distance is about 230 million light-years.

The southern galaxy of the pair, NGC 317B is classed at NED as Sb though I also see SB? listed for its morphology and a note at NED says: \"Blue, post-eruptive Sc galaxy.\" In any case, it has a large plume to the southeast. Is the faint blue plume about NGC 317A another plume from NGC 317B or really part of NGC 317A. Considering how red it is otherwise I sort tend to favor the first possibility. NGC 317B is also listed as being a LIRG or Luminous Infrared Galaxy. This could be an indication of strong star formation hidden from our view by dust. Though I found nothing much on this other than the LIRG mention. Ignoring the plume it is about 78,000 light-years across. Assuming the plume to the north is also part of this galaxy its diameter including the plumes is about 220,000 light-years. The galaxy is also known as UGC 00594. The pair was discovered by Lewis Swift on October 1, 1885.

NED lists a few IR galaxies from the 2MASX catalog but none have redshift data and most don\'t even have a magnitude. Therefore I didn\'t list them.

I originally imaged this field back in 2007. My processing of it was very poor. Somehow my record keeping lost the fact I\'d taken it so I reimaged it last January. But, as usual, conditions that night were the typical poor conditions I\'ve had for far too long now. Back in 2007, I wasn\'t very careful about camera alignment. Those images were off of true north by about 3.5 degrees turned to the east. Back then I\'d taken 7 ten minute frames trying for the plume but due to poor conditions that night as well it didn\'t come out all that great. Also, I only managed one 10 minute frame of each color. That data was really hurting. This time I took 10 luminance frames but due to clouds, only 4 were usable. Of the 4 frames for each color only 2 were usable. So this image is a combination of the two nights using a total of 11 luminance frames with all color from the new attempt. Since most of the luminance data was from the frames twisted eastward I kept that alignment. This resulted in having to crop quite a bit from the image so this one is somewhat smaller in size than normal but still at my normal 1\" per pixel. For laughs, the December 2007 image can be seen at: http://www.spacebanter.com/attachment.php?attachmentid=1614&d=1200603897 . 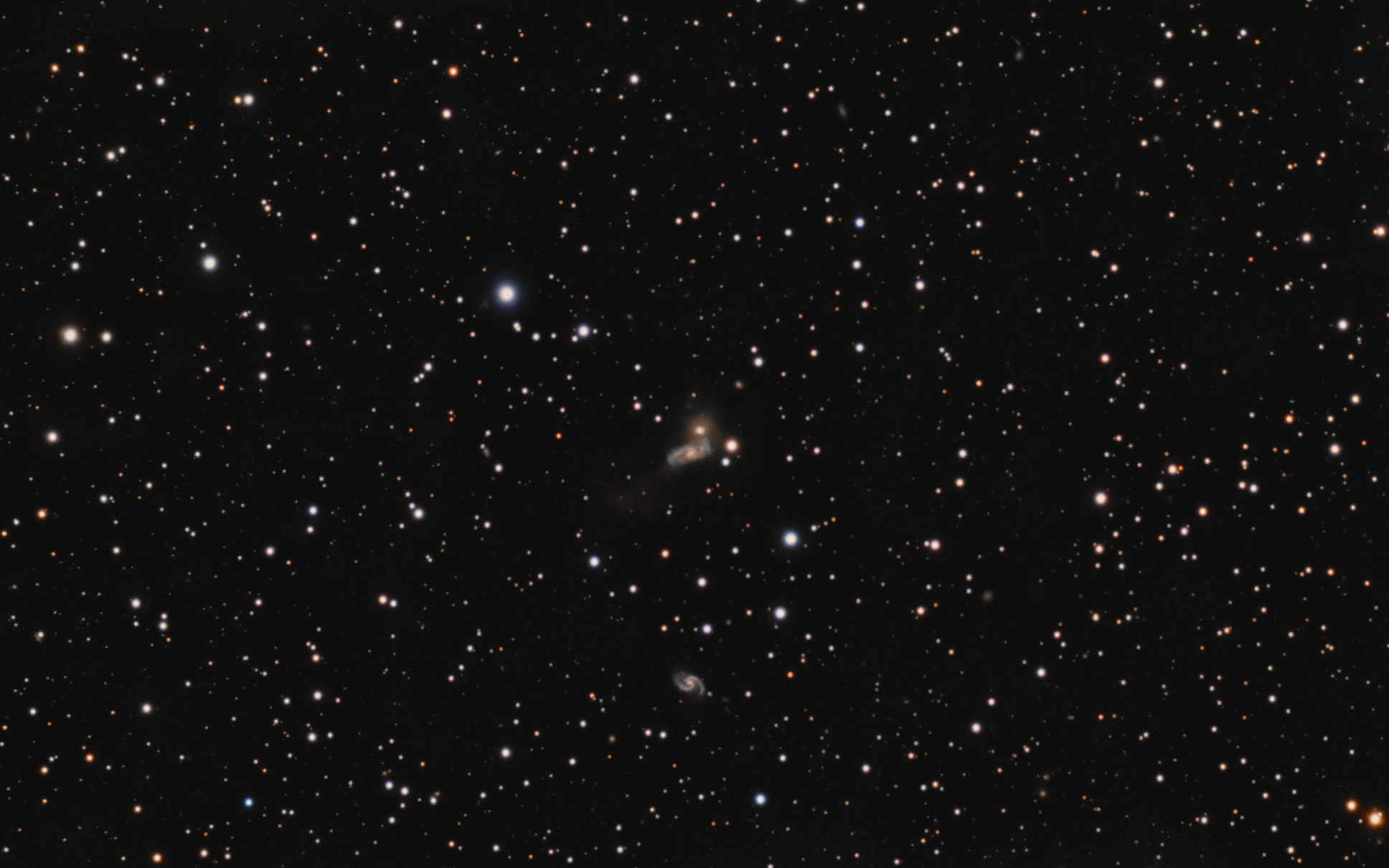 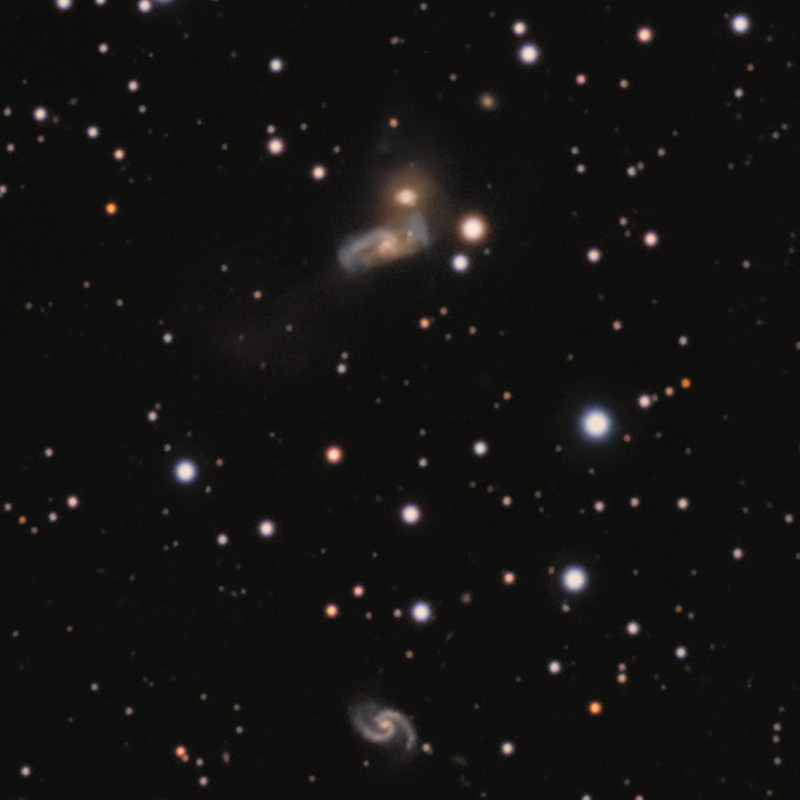 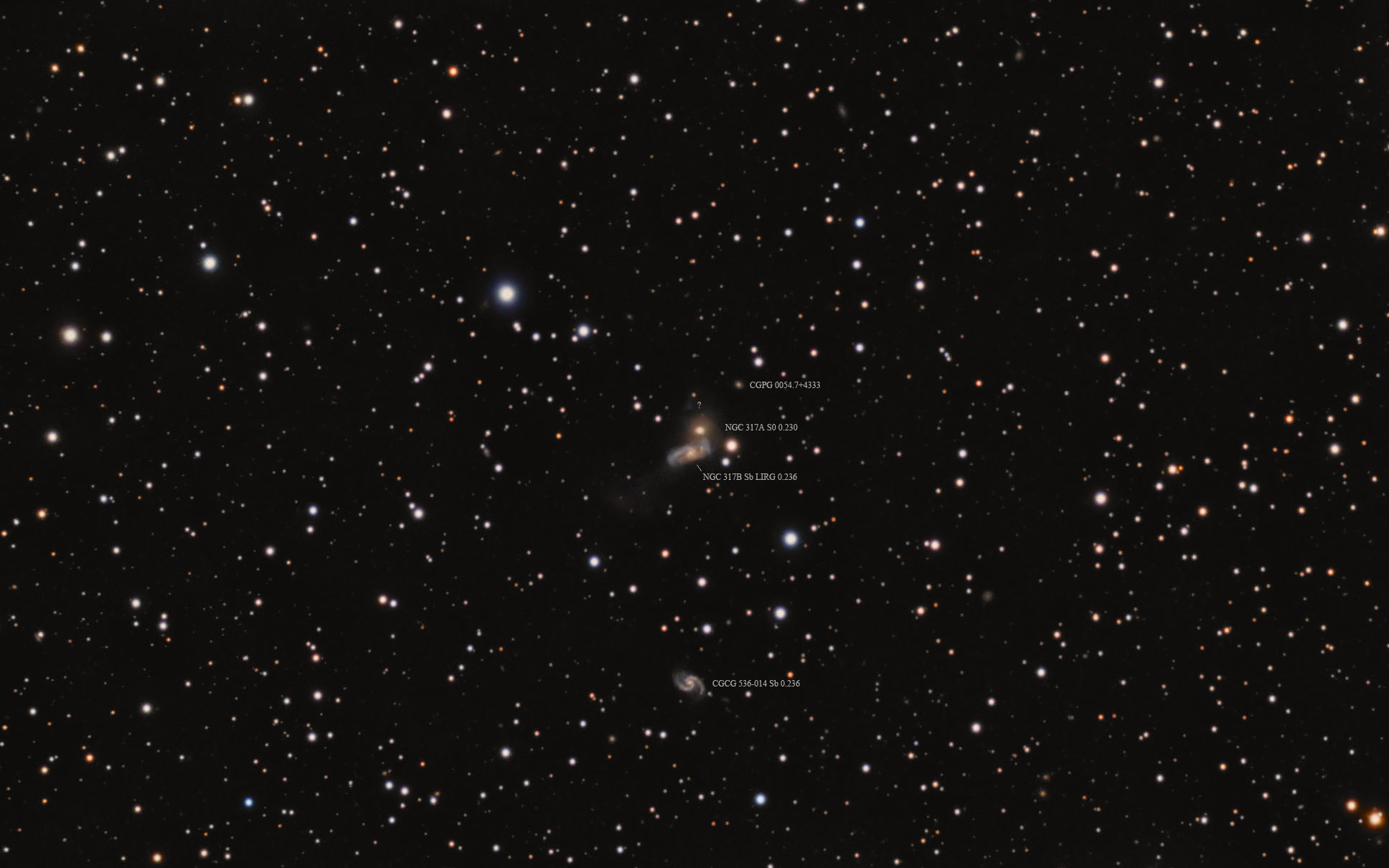